Mindy Kaling’s Kids are Getting a Santa Visit — From B.J Novak! 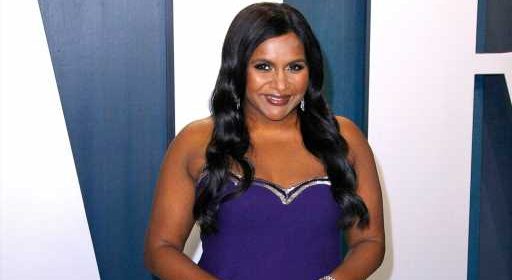 B.J Novak and Mindy Kaling have always been one of our favorite relationships in Hollywood. From co-stars to having a brief romance to being best friends — the two have proved to have an unbreakable bond. And now: Novak has earned yet another title in Kaling’s life: Santa. In a recent interview with Tory Burch, Kaling revealed that the duo plans on beginning a new Christmas tradition with her children, and it involves some role-playing on the part of Novak, who is the godfather of her daughter Katherine.

“What’s fun about when you have your own kids is you can kind of make stuff up and then just decide that you’re going to do that every single year,” The Office actress told Burch. Kaling continued to say that she was disappointed that her children missed visiting Santa Claus at their local mall due to COVID-19 restrictions, but that wasn’t stopping her from having her children meet the jolly guy.

“What I think we’re going to do is my daughter and I are going to make cookies and apple cider and we’re going to be in the kitchen,” Kaling explained. “And then, her godfather is B.J. Novak, and he is going to show up and go to our living room, where the tree is, in a Santa costume.” Yep, Kaling plans to bring holiday cheer to her 3-month-old son Spencer and her daughter Katherine Swati with the help of their godfather. So sweet!

“This is the whole ruse that we’re going to do, and this might become a tradition,” Kaling continued. “We’re going to be baking cookies and then all of a sudden we’re going to hear bells from another room and I’m going to go, ‘Kit, what do you think that is?’”

Novak and Kaling’s sly plan includes him pretending to “be asleep on the sofa” as if he was resting — because Santa needs his naps, too! Kaling joked, “Just so you know, it’s like we’re Hindu and B.J. is Jewish, so this is really … like cultural appropriation on our part.”

Here’s to hoping Kaling sneaks some pictures of the event!

Before you go, click here to see all the celebrities who welcomed babies in 2020.

END_OF_DOCUMENT_TOKEN_TO_BE_REPLACED

END_OF_DOCUMENT_TOKEN_TO_BE_REPLACED
We and our partners use cookies on this site to improve our service, perform analytics, personalize advertising, measure advertising performance, and remember website preferences.Ok