Not monkeying around! David Schwimmer couldn’t help but joke about his tough time working with Marcel, Ross’ pet monkey on Friends, during the recent reunion special. However, the monkey’s trainer wasn’t too happy with the actor’s remarks.

“The first couple episodes, David Schwimmer was pretty good with the monkeys,” Mike Morris told The Sun on Monday, July 5. “After that, he seemed to get a little bitter about them being there. It made it harder to work with them.”

‘Friends’ Cast Reuniting Through the Years

During HBO Max’s Friends: The Reunion, Schwimmer, 54, revealed that he had a difficult time working with the monkey — and Morris, 53, was annoyed by the comments.

“Obviously it was trained and it had to hit its mark and do its thing right at the perfect time, but what inevitably began to happen was we would all have choreographed bits kind of timed out and it would get messed up because the monkey didn’t do its job right,” the American Crime Story alum explained in the May special, adding that the monkey would also rub his hands on him after eating grubs. “It was time for Marcel to f–k off.”

The show included Marcel (whose real name is Katie) and another capuchin, known as Monkey. Morris has worked with Katie for more than 20 years and recalled Schwimmer claiming that the animals got rowdy on set years prior — something that he denies.

‘Friends’ Cast From Season 1 to the HBO Max Reunion: Photos

“I have never ever watched Friends because of Schwimmer’s comments about the monkeys,” Morris told The Sun. “I have refused to ever since he did an interview after the animals got written out of the show and he said they tried to bite him and throw poop at him. They didn’t do any of that. None of it is true, when I was there none of that ever happened. I didn’t speak out back then but I am now.” 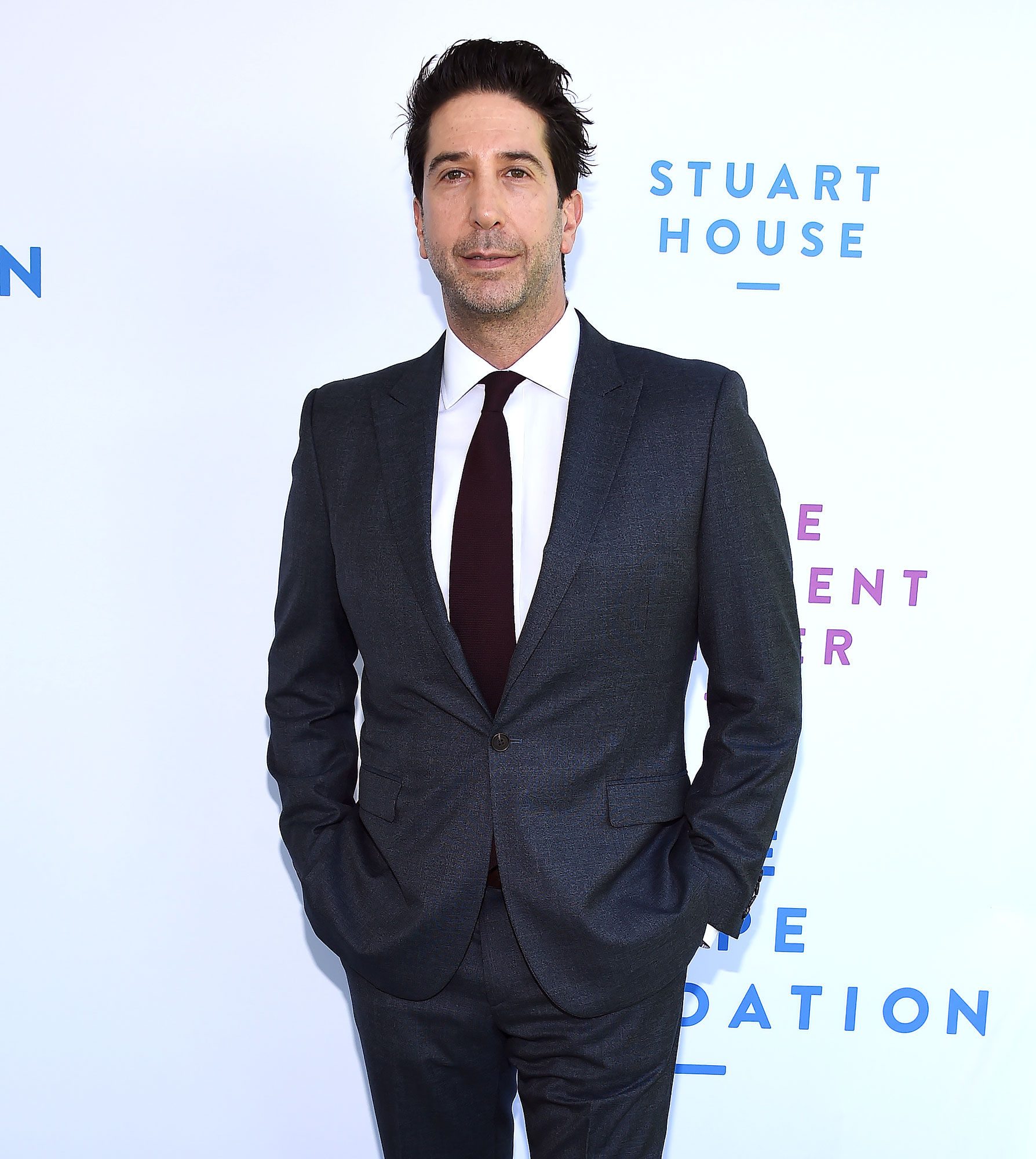 After others told him about Schwimmer’s comments at the reunion, he felt he should explain what he remembered.

“I just don’t agree with it, if anything he threw off their timing if we want to be truthful,” he explained. “Schwimmer was fine with the monkeys for the first couple of episodes and happy to be there. But people would laugh at the monkey and I think he got jealous because it wasn’t him getting the laughs. He seemed to get a little bitter about them being there after that.”

Morris also said that a colleague told him the audience’s laughs at Katie would “throw Schwimmer off” and he wasn’t able to improvise.

“Schwimmer wouldn’t prep with her, he didn’t want to rehearse with her,” he claimed. “We had to rehearse with the monkey by herself and then he would come in and things wouldn’t be the same so it made it harder. It got to the point where he just really resented the monkey being there, he obviously had a problem with her and he’s still talking about it now.”

Morris added, “The other capuchin who played Marcel was called Monkey and passed away recently away from cancer so Schwimmer was talking ill of the dead when he made those comments. I find it despicable for him to still be speaking ill of her.”