Natasha Lyonne is giving Nicole Kidman a run for her money! The Russian Doll star caught Twitter’s attention with her awkward way of clapping at the 2019 Primetime Emmy Awards on Sunday, September 22. 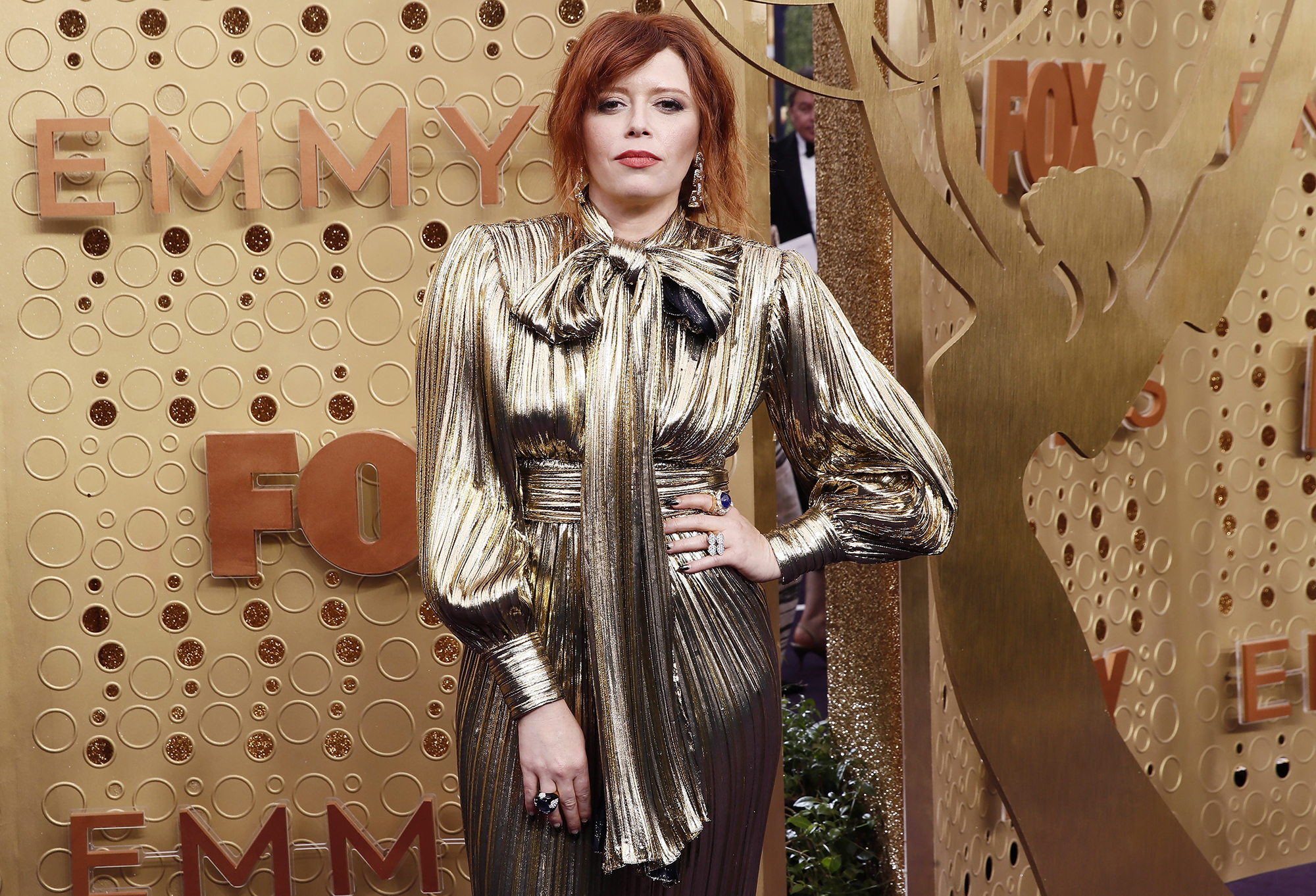 At one point in the beginning of the show, the cameras cut to Lyonne, 40, who pressed her hands together in a wide, circular motion. She made the exaggerated movement while dressed in a gold Gucci dress and oversize glasses, with her red hair pulled back in a chic bun.

“Natasha Lyonne’s clapping tonight… I will think about nothing else for a week. #Emmys,” one viewer tweeted. Another wrote, “Natasha lyonne clapping will gone down in history.”

The Orange Is the New Black alum’s unique clap reminded many awards show enthusiasts of Kidman’s own technique, which she first exhibited at the 2017 Oscars.

“It was really difficult because I had a huge ring on that was not mine — but it was absolutely gorgeous,” the Big Little Lies star, 52, later explained on Australia’s The Kyle and Jackie O Show. “I was terrified of damaging it.”

“It’s bananas. It’s really insane,” she told The New York Times in July after the Emmy nominations were announced. “We worked so hard, I really thought that my brain was going to implode, and my soul. I really felt the weight, the albatross of making sure that that show would sing and communicate all things that I had hoped for. It was a heavy toll, and arriving on the other side with some sort of celebration is pretty extraordinary. It’s very affirming on a creative level, to keep plugging away.”