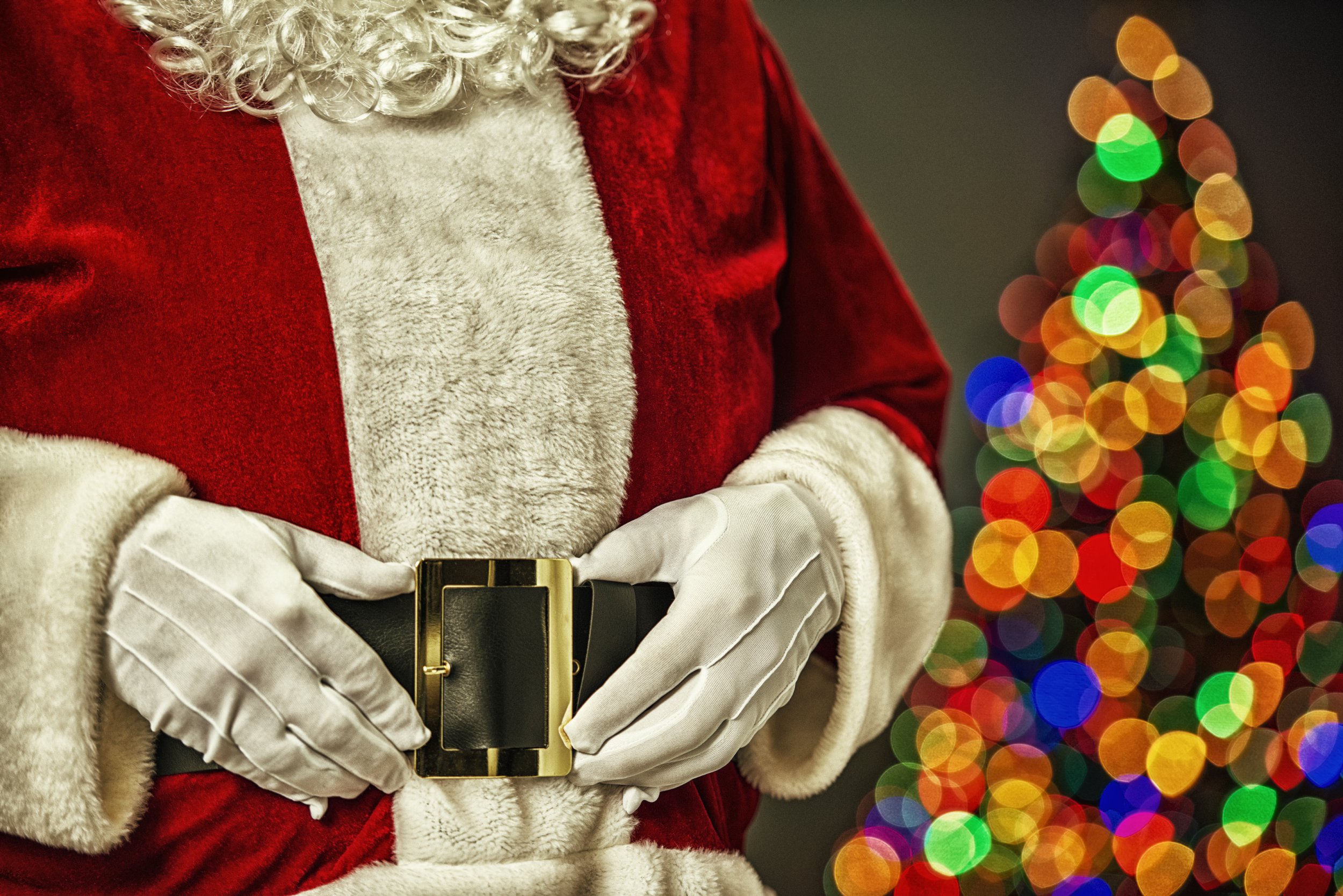 A reader looks back at 42 years’ worth of Christmas Day presents, with favourite gifts including a Sega Master System and a Lego NES.

As a gamer there is nothing better than receiving a game, gadget, or console for Christmas.

Time with family and friends is precious but when it comes to presents, for me, Christmas isn’t Christmas without some form of video game related gift. I’m sure everyone reading this has their own thing, but for me I would always be happy with a game or a book about games, with lots of pictures to reminisce over, or maybe a new console if I was very lucky.

This year I reached the age of 50 and had the realisation that I have been playing video games for 42 of those years. The purpose of this Reader’s Feature is to share some of the most memorable Christmas gaming gifts that I have received during those long years.

These are some of the Christmas memories I treasure most as a gamer. This list is personal to me, not everything in hindsight is as fantastic as it was at the time, but these memories are just that. They capture a moment in time, and we are probably all a little guilty of putting on the rose-tinted glasses every now and again. So here we go…

I had nagged my parent’s silly about how I really wanted a Space Invaders toy and I was desperate for Santa to be placing one of these machines under our tree for me on Christmas Day. I had even used my creative skills to make my own game from a cardboard cereal box, complete with invaders drawn on the back of the box and a cardboard laser on a stick I could pretend to shoot them with.

There were several different machines available at the time, but this is the one my parent’s chose for me. Boy did it eat batteries, but it was totally amazing! When I look back, this is where it all started for me. Sure, I had had a few brushes with my cousin’s black and white Pong game on his TV, but this was mine, in my own home, and I was one very happy little boy. My parents could obviously tell I was over the moon with my new toy, though I do remember my father telling me to ‘give it a rest’ on Christmas Day afternoon, as the beeping noises were starting to grate.

A lot had happened between 1980 and 1984; no longer a child at primary school, I was a 12-year-old at secondary school in the middle of one of the biggest battles the playground had ever seen: Spectrum vs. Commodore! I was firmly in the Commodore corner at the time and my parent’s had just bought us a Commodore 64 in the run up to Christmas, after my Commodore VIC-20 died a sad and premature death. I still miss playing my Gorf cartridge on the VIC-20!

On Christmas Day my father produced a copy of Ghostbusters. It blew my mind, it had speech, the music, and it was great fun to play. Christmas 1984 was spent playing this classic game sat beside my dad and sister taking turns with the only joystick we had.

What I remember most about this Christmas was I wasn’t a fan of many of my other gifts; it was one of those years when I got clothes I didn’t really want or ask for. I know that sounds very ungrateful, but I was a grumpy 13-year-old at the time, so you can imagine the anticipation and excitement when I came across a small cassette sized present and opened it up to discover this absolute gem of a game.

At the time I had never heard of it, but I would be so bold as to say that this is still my favourite C64 game. So much so that I recently picked up the Evercade C64 collection to enjoy it all over again. I don’t remember it being that easy at the time but what a game. I will never know how my parent’s managed to choose this over all the other games on the shop shelves that Christmas but what a cracker it was. You could say they struck U.S. Gold with that one (sorry).

By now my parents knew that the best thing to do when choosing which games to get for me for Christmas was for me to give them a list. On this year’s list was Paperboy. I loved the arcade machine with the handlebars but here was the dream of playing it at home on my beloved Commodore. Being honest, I can’t remember how good a conversion this was, what I do remember is disappearing upstairs with it once we had all opened our presents and being dragged downstairs for Christmas lunch a good few hours later. So, it couldn’t have been that bad?

I’m slightly cheating with this one as I didn’t actually receive this as a gift. It was instead bought with all the Christmas tips I received as a paperboy. This year I had done very well and was keen to purchase this new and exciting machine after spending months drooling over screenshots of games in magazines. The first day Dixons was open after Christmas I pleaded with my father to take me, and I proudly came home with the Master System and the combo cart which was exclusive to them. Needless to say, I spent the rest of the Christmas holidays playing on my new console and being amazed at the fact I didn’t have to wait for the games to load.

I think anyone who received a Game Boy for Christmas, during the peak of its popularity, will be able to relate to this memory. What had been an isolated, except for when friends came round, bedroom hobby was now something being passed around the family lounge for brothers and sisters, mums and dads, aunts and uncles, even grandparents – all eager to have a quick go on Tetris. This was the first time I had seen a video game have this effect on people of different generations and it was lovely to watch as I sat there with a degree of smugness on my face, as I had managed to secure the highest score.

Very much helped by the six months interest free credit deals at the time, my wife agreed that I could have this for Christmas. What a bundle! Two games that were played extensively during the Christmas break. The best part of this was my wife was quite happy for me to spend all Christmas morning enjoying my new console whilst she prepared our Christmas lunch. Those being the days before we had children. For the record, I have predominately been the chef in the kitchen during our 32 year relationship, so I really appreciated the fact she took over that morning so I could enjoy the pleasures of GoldenEye and Super Mario 64.

With our first child on the way this was not a Christmas for excess, certainly not a new games console or anything as expensive as that. I reverted to a shortlist of a couple of preferred games for my wife to choose from and I was very pleased she chose this brilliant compilation of some of Capcom’s greatest arcade games. A Christmas spent reliving some of the best arcade games of my teens and no need for another 10p when it was game over. It also felt this was the first time I was playing the arcade machines at home, as they all looked to be perfect conversions. They were obviously great games as I still play them all these years later but now on my Nintendo Switch.

Christmas 2005 – Panasonic 3DO and a pile of games

Originally released around 1995, the year of our wedding, and costing a small fortune – or a huge chunk of the honeymoon budget as my then fiancé pointed out once or twice – this was never on the cards at the time. However, 10 years on here it was, fully boxed and a massive pile of top games to work through. It was a huge surprise. My wife told me that she had been looking through our local Friday-Ad and someone was selling this in a town five minutes down the road, so she took a punt on it, as she remembered me talking about as we had one in the shop I used to work in. The whole lot was allegedly only £30.

The 10 years in-between its release and 2005 hadn’t been necessarily kind but I was more than pleased to finally play Need For Speed, Road Rash, and Super Street Fighter 2 Turbo on a 3DO.

In 2009 my wife had been working away from home during the two months running up to Christmas, it was down to me to organise everything. The only problem was she hadn’t had the opportunity to get anything for me. So probably more out of guilt, the next day our local GAME was open she went and bought me this, as both my boys were now old enough to know that it was something I would really like. Unfortunately, I didn’t have it for Christmas Day, but I remember some late nights between Christmas and New Year working through the campaign and enjoying every little bit of the new HD quality graphics of my new next generation console.

All I can say is that I was very pleased to get one! Boxing Day afternoon was spent ‘educating’ my 15-year-old son and showing him some true gaming classics.

I really wanted this, I made so many unsubtle suggestions to my wife about this and lovingly gazed at it through our local Lego shop window but was overjoyed when I unwrapped it on Christmas Day. Not a real games console but a perfect homage to a classic console. Another aspect that makes this present very memorable was that both my sons couldn’t resist and joined in with the building of it. That alone makes it a precious gaming memory.

I’m not too sure what 2022 holds for me in regards to gaming gifts, to be honest there isn’t that much I really want. Maybe a Mega Drive 2 mini console or an Evercade EXP if I play my cards right? I did point my dearest wife in the direction of the Limited Run Games pre-order of the Wonder Boy collection earlier in the year, so who knows. That will bring back some Master System memories from many years ago. But this year will mainly be about enjoying time with my family and friends and not taking this time of the year for granted after the pandemic.

Merry Christmas to GameCentral, all the readers, and all the contributors who make this the site and community it is and a very Happy New Year.