One Surreal Night With the Rap Veterans of Mount Westmore

ATLANTA — Many people have reconnected with old friends and undertaken new projects during the pandemic. On a Friday night in April, in a large, brightly lit room deep in the bowels of Mercedes-Benz stadium in downtown Atlanta, four of them gathered to introduce their new venture to the world.

The voluble E-40, who has released more than 25 albums of distinctive, loquacious street rap, gingerly removed his face mask and offered Tycoon cognac, a product of his own spirits company, to the 20 or so others present, including his old friends Ice Cube, Snoop Dogg and Too Short.

“You got a cup?” Ice Cube asked, shooting a withering glance at E-40. “What, you gonna pour it in my hand?” Cube is a bullish figure whose blunt, confrontational bearing has made him an intimidating presence as an M.C., a comic one in films like “Friday” and “21 Jump Street” and the object of occasional good-natured mockery among this cohort.

Clear plastic cups were located. E-40 poured the liquor, then dipped his nose into his cup before tossing back a shot.

Snoop cackled from behind a black face mask he’d yet to remove. “You made the drink and you’re sniffing it like you’ve got to check it?” he said. “It’s your drink!”

E-40 shook his head. “You’re supposed to. It’s the same with wine. Cognac is a grape.” He began to expound on his beverage’s fragrant qualities before Cube cut him off.

“Save the commercial until after the photo shoot.”

The four rap veterans bantered and bickered — about baby powder, about Ric Flair, about the correct amount of time to microwave shrimp fried rice — the way you’d expect from guys who’ve known each other for 30 years. Despite their long, often intertwined histories, it took a global crisis to clear enough time in their schedules to form the supergroup that Cube christened Mount Westmore, a nod to the members’ stature in rap and their West Coast roots. 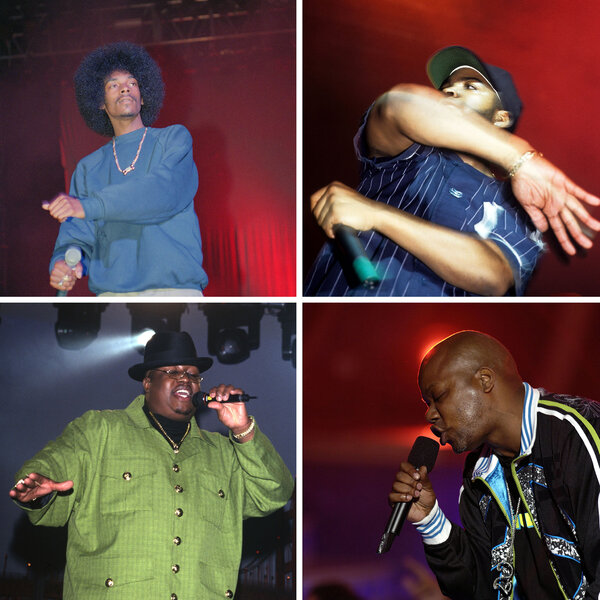 The four were at the stadium to do their first interview and photo shoot together, followed by a rehearsal and taping of Mount Westmore’s first performance, which was broadcast the next night as part of a pay-per-view package featuring pop stars and TikTok influencers, headlined by a live boxing match between the YouTuber Jake Paul and the retired MMA fighter Ben Askren. (Snoop is an investor in Triller, the social media platform that promoted the event, and a partner in its Fight Club series.)

The collaboration initially took root early in the pandemic at E-40’s initiative. By last summer, the four were recording vocals in their home studios and dropping them into a group chat. Although rapping separately deprived them of some creative friction, it allowed everyone to work on their own schedule.

“I can’t rap in the daytime,” Snoop said.

“And I can’t rap late at night,” Too Short replied.

Nonetheless, competition was fierce. “We come from that school of being around dope people that push us,” Snoop explained.

Ice Cube nodded. “Working with Dre back in the day, if your verse wasn’t tight, you weren’t getting on the song.”

Deep friendships fostered frank dialogue. “One of the earliest conversations was, ‘If something you do is wack, I’m going to tell you,’” said Too Short, who got his start selling tapes of his gleefully lascivious rhymes from the trunk of his car around the Bay Area in the mid-1980s.

“What did you say?” Snoop asked, nodding toward Cube then lowering his voice an octave in a spot-on imitation of his friend’s trademark snarl. “‘I ain’t getting on that love song!’” The quartet recorded 50-plus songs, which they plan to spread across multiple releases, with the first planned for later this year.

“Turn the power off, then back on,” yelled Too Short. “That always fixes that.”

E-40 sighed loudly. “Man, am I going to have to do this? It doesn’t take a rocket scientist to figure this out.”

Attention turned back to the camera. Too Short, who was wearing a colorful Versace T-shirt and dark jeans over his compact frame, had a suggestion. “Let’s make it look like some old New Edition pictures,” he said. “Or like the Temptations, how they line up the four dudes.”

Cube balked at profile shots. “I don’t want to show the Volkswagen,” he said, putting his hands on his belly.

E-40 turned sideways and twisted his third and fourth fingers to form a “W” with his left hand. “That hurts my fingers though,” he said. “I had surgery on those fingers.”

Aging can be a humbling process, but it’s especially fraught in hip-hop. The inevitable march of time has generally been treated as an unforgivable weakness in a culture that often celebrates a particular masculine idea of strength. As a then-26-year-old Compton rapper the Game once put it in a presumed shot at Jay-Z: “You 38 and you still rapping? Ugh.” (The Game is now 41 and reportedly preparing to release a new album this year.) The mid-to-late-30s has long been viewed as retirement age for rappers despite the fact so many qualities required of the job — sharp mind, quick tongue, storytelling acumen, life wisdom — are as likely to be growing as diminishing in middle age.

“People have their hangups about it,” said Cube, “but if people love what’s coming out of the speakers, they’ll tolerate some gray hairs.”

Snoop noted that the Rolling Stones are in their late 70s, and that Mick Jagger and Keith Richards don’t always seem to get along. “You’ve got that being praised and we’re being questioned,” he said. “We should be praised because we’re in our right mind, we love each other, we’re family men, we’re business men, and we’re Black men. If you look at the Cubes, the Will Smiths, the Jay-Zs, the Puffys, the Snoops, the Dr. Dres, the E-40s, whoever — they all flipped from rap to other businesses to show that if you close that door, we’ve got seven or eight other doors we’ve opened up.”

Accordingly, music is only a part of the Mount Westmore plan. There’s talk of brand partnerships with Monster energy drink and the Cash app, a documentary, a scripted movie, podcasts and NFTs. As such, introducing the project during a social media-focused, music-heavy event spotlighting a former star of “Bizaardvark” boxing against a guy who’d never boxed before has a certain kind of insane logic to it.

At 1 a.m., the four rappers were onstage, sitting side-by-side on large black thrones a few feet from a boxing ring on the stadium’s main floor. About 75 people gathered around, some working, many others just perched on a catwalk between the ring and a large camera crane, watching. The floor rumbled a little underfoot as the bass from the group’s song “Big Subwoofer” boomed from the sound system.

The track, which they plan to release as an NFT, is a bouncy, trunk-rattling party anthem that feels like a not-too-distant-cousin of Snoop’s “Drop It Like It’s Hot,” as well as a pretty precise sum of its parts. The foursome rehearsed the song three times, trading playful verses over the spare, thumping beat, growing more confident and animated with each run through. Then, after Cube gave the group some final instructions — “Shut up and sit down. Let’s do this.” — they performed the song twice more as the cameras rolled. Job done.

“We have all kinds of different songs,” said Cube. “We’ve got a mixture of what you always love from us as individuals but also records that show our range. We can hang with the youngsters or take you back down memory lane.”

As Too Short had explained while the four friends huddled together after the photo shoot, “The hip-hop spirit doesn’t really age. It’s like a little kid thing you’ve got that’s your spark of life.”

“Old-ass youngsters,” Too Short replied. “That’s what it is.”