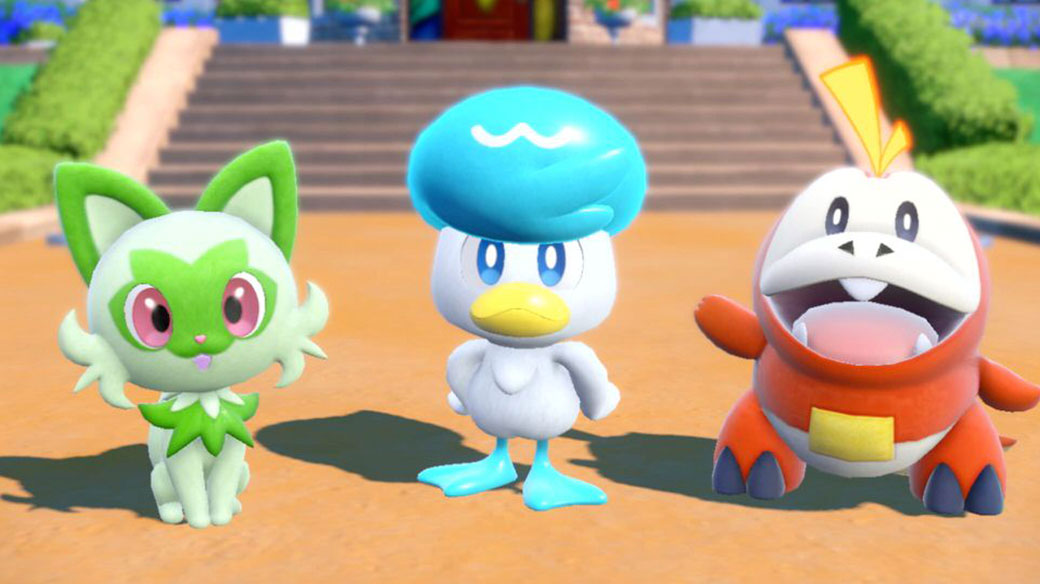 Thanks to an early copy being sent out, unannounced pokémon and characters for Pokémon Scarlet & Violet have leaked online.

Nintendo and The Pokémon Company go to great lengths to ensure their Pokémon games aren’t leaked ahead of their release, and yet it keeps happening.

Details on Pokémon Sword & Shield leaked early thanks to a strategy guide, and copies of Pokémon Legends: Arceus were shipped early, leading to people streaming the game on Twitch several days ahead of launch.

It appears the latter incident has repeated itself, as images from the upcoming Pokémon Scarlet & Violet have been posted online, giving away unannounced new pokémon, characters, and locations.

These include evolutions for the new fire starter pokémon Fuecoco and new grass pokémon Smoliv.

This also makes it the third November release to have happened to. Copies of God Of War Ragnarök and Sonic Frontiers were sent out ahead of release too, with the former prompting a very frustrated response from the game’s producer.

We obviously will not be sharing any of the pictures, but they are floating around online. So, anyone looking not to be spoiled will want to be extra vigilant.

Apparently, the leak comes from Twitter user Presidentlilna1, who received their copy of the game thanks to a retailer breaking the street date early.

Coincidentally enough, they happen to be based in Spain, which is appropriate since that’s one of the countries the game’s new region of Paldea is inspired by.

Their account has since been deleted, however. Most likely because Nintendo and/or The Pokémon Company noticed what they were doing and shut them down.

If you don’t care about spoilers, someone else has already compiled all the leaked images on Reddit which, at the time of writing, haven’t been taken down.

Not that there’s much point since you only need to wait just over a week until Pokémon Scarlet & Violet’s official launch.

Plus, a new trailer will be dropping tomorrow on Tuesday, November 8 at 2pm GMT. What it will entail is anyone’s guess, but we can safely assume at least one new pokémon will make an appearance.

The marketing for Scarlet & Violet has been rather eclectic, ranging from traditional gameplay trailers to fake documentary footage and in-universe livestreams. Most recently, it introduced a new Pokémon, Gimmighoul, via Pokémon Go.

It can’t actually be caught in Pokémon Go, but this will change once you’re able to link the game with Pokémon Scarlet & Violet in 2023. More details on that can be found on Pokémon Go’s official website.