Now more than ever, it’s pretty clear the royal family is wholly embracing modernity. Between Prince William’s environmentally conscious Earthshot Prize endeavor, and Kate Middleton’s own focus on contemporary trends and topics, the House of Windsor seems poised to welcome the future. But part of that also means taking into consideration what will happen to the royal family’s many homes and palaces, and Prince Charles reportedly might have a solution — specifically for Buckingham Palace.

Part of Prince Charles’ endeavors when he assumes the thrown reportedly could be finding new uses for the firm’s grand homes and palaces. Buckingham Palace reportedly might, under the future King of England, become more open to the public. “I think we’ll probably see Buckingham Palace opened up more or less when the monarch isn’t living there,” royal historian Dr. Anna Whitelock shared with the Express. Currently, Buckingham Palace only opens from April to September for a limited number of members of the public who purchase tickets for a tour. 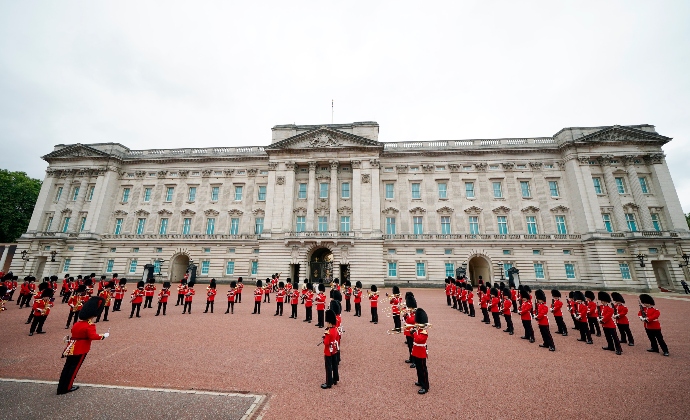 “I think there is a sense that these buildings need to justify their purpose and yes, they have a function as the headquarters of the monarchy, particularly when the monarch is in residence,” she said, adding, “but other times, maybe money could be raised using them in another way.”

It’s very possible that Prince Charles could slowly set this plan into motion. He’s reportedly already considering what will become of Clarence House, which was supposed to go to Prince Harry and Meghan Markle, but could now be inherited by either Prince George, Princess Charlotte, or Prince Louis, per an early October report. Regardless, it’s clear that senior members of the royal family are contemplating what direction they want the monarchy to go. From the looks of it, the House of Windsor — and in this case houses of the Windsors — could become more accessible.

Before you go, click here to see the 100 best photos of the royal family from the past 20 years.