ISLAMABAD (Reuters) – Britain’s Prince William and his wife Kate on Tuesday met Pakistan’s Prime Minister Imran Khan, a former international cricket star who the prince played cricket with in London as a child. 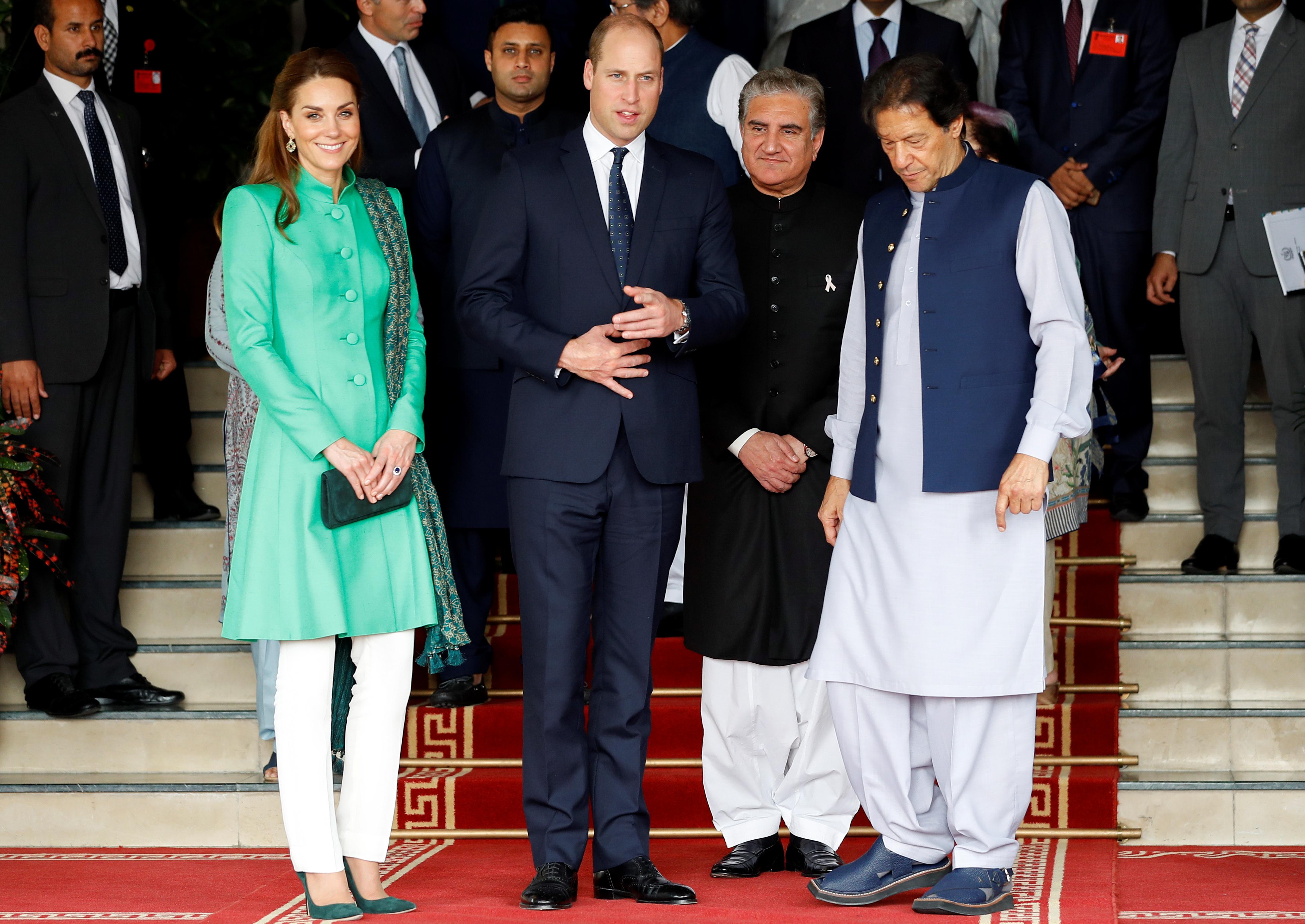 The royal couple, on a five-day visit, also toured a school and a national park in the capital Islamabad where they chatted with children and admired their drawings.

The trip, which focuses on climate change and access to education, has been described by palace officials as the most complex the couple have undertaken due to security issues.

On Tuesday afternoon, the Duke and Duchess of Cambridge met Khan at his official residence. William’s mother Princess Diana, a hugely popular figure in Pakistan, visited Pakistan several times in the 1990s and helped Khan raise money for a cancer hospital.

Earlier William and Kate met students at an Islamabad Model College for Girls, discussing education with a group of older students and visiting the classrooms of younger students.

As they left, a group of girls sang one of Pakistan’s national songs and the couple greeted preschoolers who had lined up to chant ‘bye bye’.

They then visited the Margallah Hills National Park on the edge of Islamabad, which is under threat from poaching, wildfires, invasive species and littering.

For the morning events, Kate wore a periwinkle blue silk shalwar kameez, the national outfit of Pakistan consisting of a loose tunic worn over trousers. Many on social media and in the fashion industry had been hoping she would don the outfit, which Princess Diana had worn during visits.

The designer, Maheen Khan said on Twitter: “It is an honor to have been asked to create this outfit for the Duchess.”

The Duchess of Cambridge’s fashion choices, including a bright green tunic over white pants to meet with the Prime Minister, appeared to echo many of the colours and outfits worn by Diana.

Foreign policy experts and officials have said the trip, the first by a British royal family member in more than a decade and made at the request of the British foreign office, represented a soft power push, which may help both sides further their diplomatic aims.

It comes as Britain seeks to reinvigorate its foreign relationships as the deadline looms for its departure from the European Union, while Pakistan works to repair its global image to boost tourism and investment.