Prince William took his social media game up a notch when he participated in his first Instagram Q&A to promote the Earthshot Prize Awards ceremony this weekend. The royal looked like a total pro handling the questions thrown at him, especially the one about a unicorn.

He smoothly fielded questions about climate change and the importance of the awards, but it was also nice to see Prince William’s candid responses to the unexpected ones thrown in. When he was asked if unicorns were real, he broke out into a huge grin and referenced daughter Prince Charlotte. “Well, I think if you talk my daughter, she’d say they were real,” he joked, “Obviously, it’s a trade secret, so I can’t possibly comment.” He also showed off a little of his Spanish-speaking skills when asked if he knew the language. He replied, “Sí, un poquito (Yes, a little).” 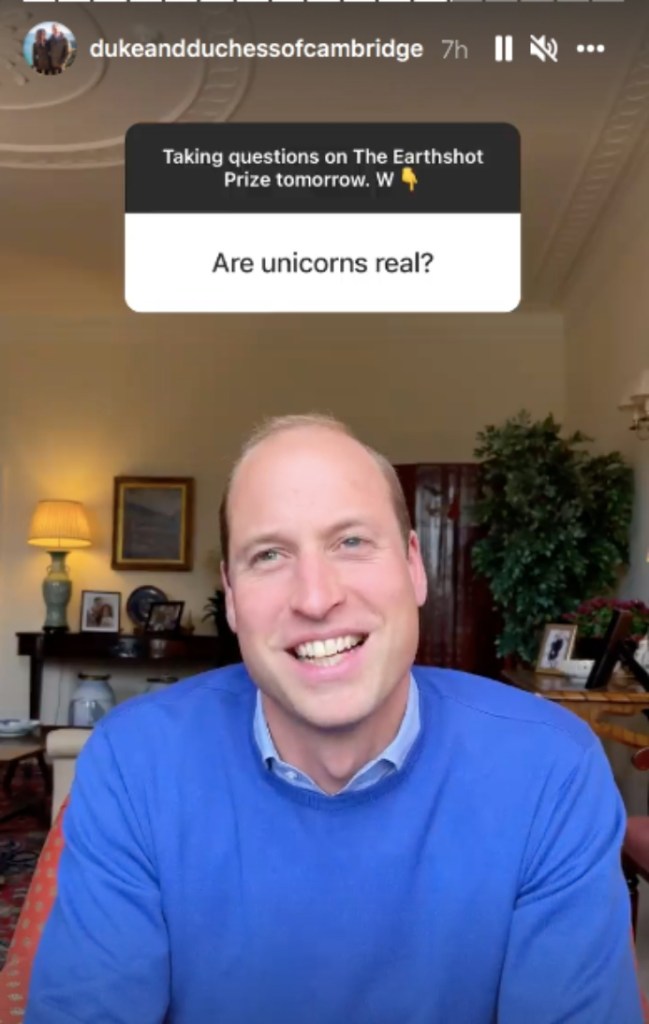 Prince William and Kate Middleton are hoping these small moments, like interacting with their followers on social media, will have a huge impact on perceptions of the monarchy. With many royal naysayers declaring the palace irrelevant, the couple is proving that they can have a meaningful impact by staying current with the media trends. Their recent personal approach has included Kate keeping her wardrobe more casual (when appropriate) and William even voicing his opinion about the billionaires’ space tourism race.

In the long run, moves like this can only help, not hurt, the monarchy, because it demonstrates that they are paying attention to what people are asking from them. It keeps their presence relevant and gives them the space to prove that the next generation of royals is less formal and ready to show off how relatable they are.

Before you go, click here to see the best photos of Princess Diana playing with William and Harry.