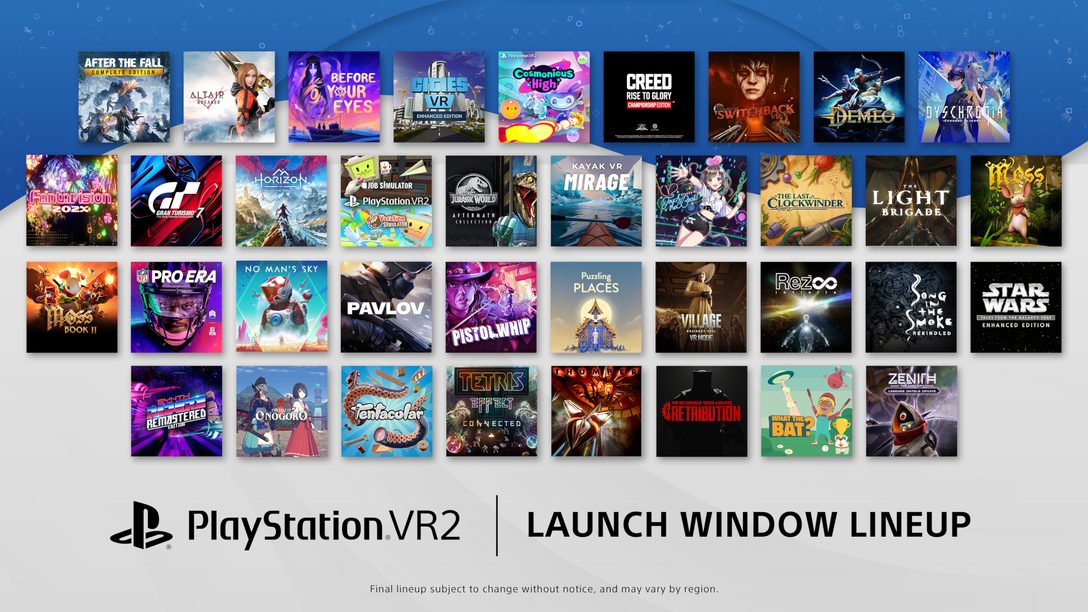 Sony has revealed the final line-up of games for the PSVR2 launch next month, although some of them won’t be out until the end of March.

The biggest launch in gaming this spring isn’t a game or even a new console but the PlayStation VR2 headset, which is due out on February 22 for £569.99.

That includes a copy of key title Horizon VR: Call Of The Mountain but it’s been unclear exactly what other games will also be out at launch.

To be honest, it’s still unclear as Sony is only talking about a ‘launch window’, which ends in March – meaning the list of games below could be out anytime between February 22 and March 31.

If you check on the PlayStation Store you’ll see that many of the games are scheduled for February 22, but not newly announced titles such as Rez Infinite and Tetris Effect – even though they’re launch games in the US.

Both games are relatively old at this point (the original Rez dates back to the PlayStation 2 era) but they’re both by producer Tetsuya Mizuguchi, who’s famous for mixing gameplay, graphics, and synaesthesia.

Rez Infinite, in particular, is one of our favourite games ever, so it’s great to see that is getting a PlayStation VR2 update, that includes eye-tracking and haptic feedback. Better still, they’re available as cheap upgrades if you already own the original (there’s no UK price yet but they’re $9.99 in the US).

The PlayStation Blog outlines the 13 new (or at least new for PlayStation VR2) games announced today, including Before Your Eyes, Pavlov VR, Synth Riders: Remastered Edition, and Thumper – another GameCentral favourite.

Although we’ve noticed the list on the blog is missing at least one game – Hello Neighbor: Search And Rescue – that’s listed on the UK PlayStation Store for February 22.

Whether that means the blog games are only relevant for the US we’re not sure, but we’ve indicated above which games are confirmed for launch day in the UK.