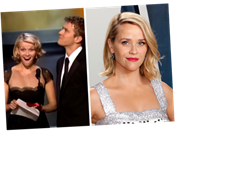 Reese Witherspoon was just as shocked as she seemed after an unexpected comment from then-husband Ryan Phillippe at the 2002 Academy Awards.

The “Legally Blonde” star revisited the remark during an appearance on the Hollywood Foreign Press Association’s “In Conversation” podcast, released last week.

Both actors were presenting together at the Oscars that year and were announcing the award for Best Makeup when Phillippe caught Witherspoon off guard.

After reading out the nominees, Phillippe went to open the letter to announce the winner. When Witherspoon asked if she could say the winner’s name, Phillippe delivered an off-the-cuff remark in response.

“You make more than I do,” he said as he handed off the envelope. “Go ahead.”

Witherspoon let out a shocked noise and looked stupefied, as the audience just laughed. 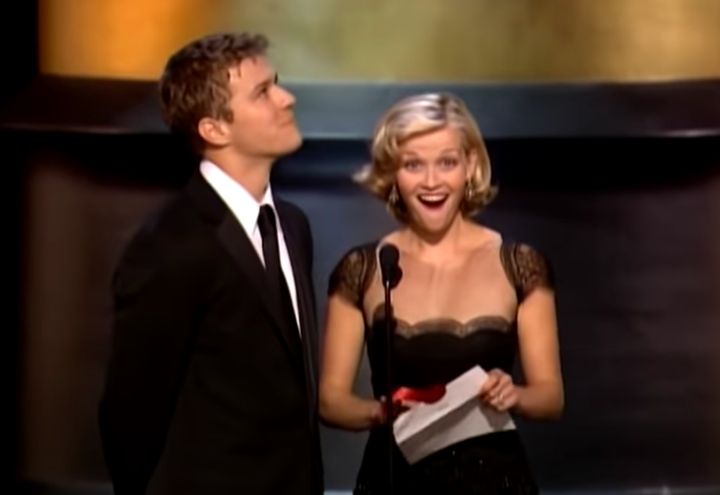 The onetime couple, who share two children together, officially divorced in 2007, five years after the awards show incident.

Witherspoon reflected on the remark and confirmed that it was indeed unplanned while on the HFPA podcast.

“Um, that moment? You’re reminding me of that! I forgot that ever happened,” the actor told HFPA journalist Margaret Gardiner. “But you’re right.”

“He did say that and no, it wasn’t scripted. And [he] didn’t tell me he was going to say that before it happened on air,” Witherspoon said. “Um, so I was a little bit flummoxed in the moment, too.”

The actor-producer said she didn’t know what prompted Phillippe to make the remark at the time, but went on to discuss the issue of women who outearn their spouses.

“There are so few women who make a lot of money that sometimes they’re shamed for it,” Witherspoon said. “And sometimes they are expected to give more and do more and be more to others in the same position that, say, a male movie star would not be expected to. And that’s just the double standard that exists in our society.”

“But I do think gender norms have changed quite a bit since that moment in 2000 or something,” she said, adding that women should be talking about money and how they make it.

Witherspoon spoke about an incident in which her daughter, Ava, came home embarrassed and crying over her mom being one of the highest-paid actresses in Hollywood.

The 44-year-old said that she told Ava she shouldn’t “ever feel ashamed of a woman making money.”

Listen to more of the actor’s interview with Gardiner below:

END_OF_DOCUMENT_TOKEN_TO_BE_REPLACED

END_OF_DOCUMENT_TOKEN_TO_BE_REPLACED
We and our partners use cookies on this site to improve our service, perform analytics, personalize advertising, measure advertising performance, and remember website preferences.Ok