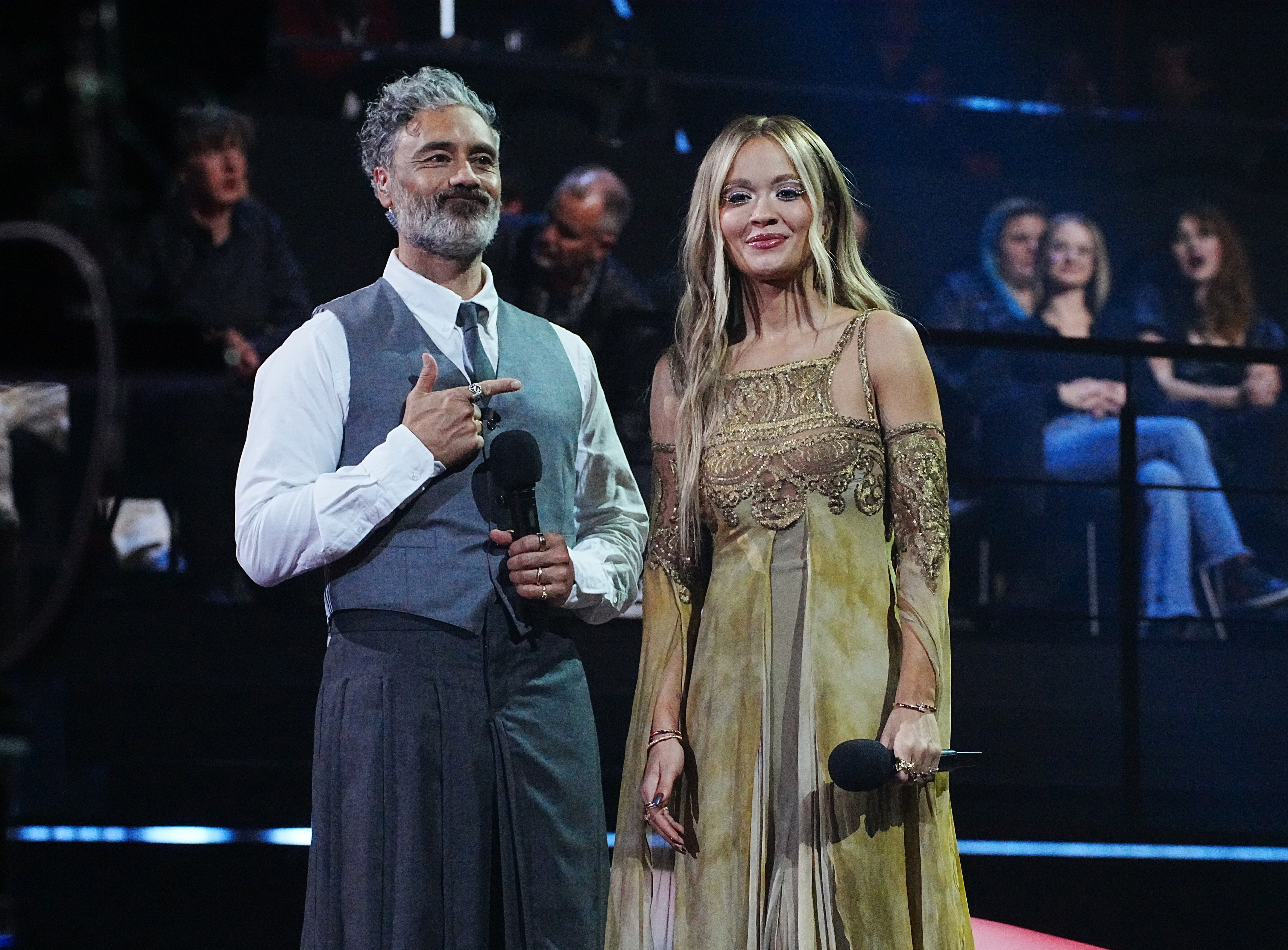 Rita Ora says she has always dreamed of getting married, after reportedly tying the knot with Taika Waititi earlier this year.

The musician, 32, is said to have married to director Taika, 46, in a secret ceremony this summer.

While neither of them have commented on it publicly, Taika was snapped wearing what looked like a wedding band, and a source close to the couple insisted they had tied the knot.

It comes after the pair were reported to have become engaged in June – again, something never confirmed by the couple, who keep their private lives out of the spotlight.

Now however, Rita has spoken about the idea of getting married and how she’s wanted a wedding since she was a child.

The Detective Pikachu star made the comments in an upcoming interview with Louis Theroux, which is set to be released next week but was filmed before the couple apparently got hitched.

‘Getting engaged has definitely been a conversation,’ she tells the acclaimed interviewer, as per The Mirror.

‘I’m happy. Getting married is something I’ve dreamed of since I was a kid, and he definitely is a great human. He’s awesome.’

She added: ‘I’ve reached a point where I’m very much contained and settled.’

Rita, who admitted she ‘loves being in love,’ has been romantically linked to Taika since 2020 but the pair were friends for years before.

Now, in the same Louis Theroux documentary, the Thor: Love and Thunder director reveals it was in fact Twilight star Robert Pattinson who first brought them together.

‘You know who brought her to my house was Robert Pattinson,’ Taika tells Louis.

‘He brought her over when I was having a little barbecue thing and we got chatting and we became friends, we hit it off.’

As Taika said, they were ‘just mates’ for the following three years before things became romantic.

‘We were in relationships both of us and every time we’d just catch up where we left off and it was a good friendship. Then we decided to ruin it all.’

‘We both work hard, we’ve both got our own jobs, we’re independent and we’re best friends.’

Despite being from opposite sides of the world, Taika said they shared a mutual experience growing up ‘poor in working class families’.

‘Were from different parts of the world – she’s from Kosovo and I’m from New Zealand, they’re very far away but ourLook backgrounds were quite similar,’ he said.