Robert Cohan, a New York-born dancer and choreographer who changed the course of British dance by helping to establish an acclaimed contemporary dance company and school in London in the late 1960s, died there on Jan. 13. He was 95.

Mr. Cohan’s path to running the London enterprise began in 1954, when, as an important member of the Martha Graham company in New York, he met Robin Howard, a wealthy grandson of former Prime Minister Stanley Baldwin and a big fan of Graham’s work.

Almost a decade later, Mr. Howard sponsored a trip by the company to the Edinburgh Festival and a subsequent season in London and was so encouraged by the visit’s success that he suggested to Ms. Graham that she set up a studio there.

Mr. Cohan had been teaching at the Graham School even while continuing to dance with it, and both Ms. Graham and Mr. Howard agreed that he should be the London outpost’s director. In May 1966, Mr. Cohan began teaching classes in Graham technique — with its emphasis on weighted movement emanating from the spine and pelvis — in a studio on Berner’s Place, off Oxford Street.

Over the next year, Mr. Cohan said in a 2019 interview with The Guardian, he and Mr. Howard talked “every night, with good wine,” about expanding the venture and finding a permanent home for it.

The company made its debut in 1969 at the Adeline Genée theater in East Grinstead in Sussex, south of London, and it was well reviewed by critics. Mr. Cohan, who had been commuting between New York and London while continuing to perform with the Graham company, decided to devote himself exclusively to the British enterprise from then on. 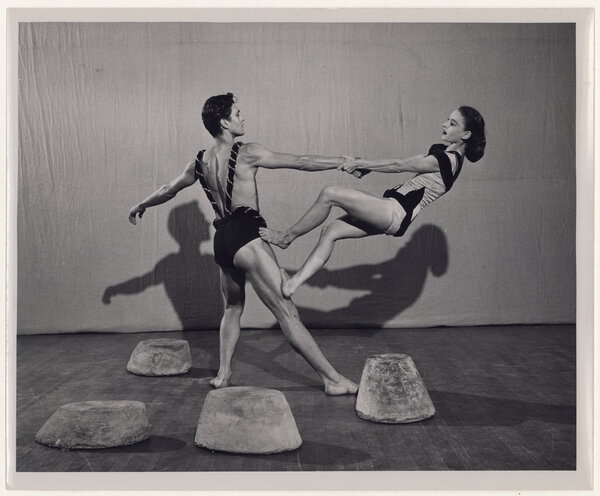 The London troupe initially performed pieces from Graham’s and other choreographers’ bodies of work, but Mr. Cohan soon decided that going forward it would offer only works that had been specially created for its dancers. Under this new policy The Place became a hothouse for cultivating local talent, producing important choreographers like Richard Alston, Siobhan Davies, Darshan Singh Buller, Robert North and Aletta Collins.

Under Mr. Cohan the company toured throughout the United Kingdom, in many cases exposing audiences to contemporary dance for the first time.

“He established a school, he started a company, he introduced Graham technique to Britain, he choreographed and bred a new generation of choreographers in the modern dance style and he fostered a contemporary dance boom in the 1970s,” Debra Craine, the chief dance critic of The London Times, said in an interview. “His importance and influence is almost incalculable.”

Handsome and charismatic, sporting long hair and the platform shoes in vogue in the late 1960s and ’70s, Mr. Cohan turned The Place into a creative hub not just for dancers and choreographers but also for musicians, artists and filmmakers with collaborative interests in dance. The composer Peter Maxwell Davies, the photographer Anthony Crickmay and the filmmaker Bob Lockyer — who recorded a number of Mr. Cohan’s dances for the BBC — were among the artists in Mr. Cohan’s circle.

Mr. Cohan was a prolific choreographer whose work was popular with audiences. Perhaps his most important piece was “Cell” (1969), created with two of his frequent collaborators, the designer Norbert Chiesa and the lighting designer John B. Read, and set to Richard Lloyd’s music concrète. He encouraged his dancers to work on both experimental and mainstream creations.

The London Contemporary Dance Theater made its first American tour in July 1977. “There hasn’t been one dull moment during this young British company’s two‐day debut engagement at the American Dance Festival,” Anna Kisselgoff wrote in The New York Times in her review from New London, Conn., singling out Mr. Cohan as “a highly individual choreographer of unusual scope and depth.”

In their authoritative survey “The Dance Handbook,” Allen Robertson and Donald Hutera wrote in 1989 that Mr. Cohan’s “pragmatic dedication to furthering the cause of dance and nurturing new talent in Britain has been as important as the work of Ninette de Valois and Marie Rambert,” the founders of the Royal Ballet and Ballet Rambert.

Robert Paul Cohan was born in Manhattan on March 26, 1925. (Arriving not long before midnight, he wound up with an official birth date of March 27, his family said, allowing him later to say that he had two birthdays and to enjoy celebrating both.) He was the eldest of three children of Walter and Billie (Osheyack) Cohan and grew up in Brooklyn. His mother worked for the U.S. Postal Service and his father was a printer.

Robert took dance classes from an early age and was a fan of Fred Astaire, but he did not become seriously interested in dance until he was posted to Britain to develop technical skills as part of the Army Specialized Training Program during World War II.

In London he saw Sadler’s Wells Ballet (the forerunner of the Royal Ballet) perform Robert Helpmann’s “Miracle in the Gorbals.” Inspired by the experience, he began training at the Martha Graham School after leaving the Army in 1946.

“I had this epiphany,” he said in the Guardian interview, “that this was what I was going to do for the rest of my life.” His decision to reject a job with the Veterans Administration and become a dancer caused a two-year rift with his family.

Within a few months, Graham had asked him to join her company, and he was soon one of her regular partners. Mr. Cohan’s performance as the Poetic Beloved in Graham’s “Deaths and Entrances” “gave new meaning to the entire work,” John Martin wrote in a Times review. He added, “He dances admirably and acts with a winning simplicity.”

When the Graham company wasn’t performing, Mr. Cohan danced on Broadway in the musicals “Shangri-La” and “Can-Can” and in 1957 worked in cabaret in Cuba with Jack Cole’s jazz dance ensemble. (He described the experience as dancing “in a G-string for the Mafia.”)

Mr. Cohan began choreographing in the early 1950s, making his debut with the solo “Perchance to Dream” at the American Dance Festival. Wanting to teach and choreograph independently, he left the Graham company in 1957, infuriating Graham. According to one account, she clawed his back with her nails when they parted; no pushover, he was said to have clawed her back.

But he returned to the company in 1962, despite creating his own small troupe that same year and directing the dance department of the New England Conservatory of Music in Boston from 1961 to 1965.

In 1966, Mr. Cohan became the co-director of the Martha Graham Dance Company, and he continued to dance with it until officially leaving in 1969, when he committed to his role as head of the school and company at The Place.

Over the next two decades, he created more than 30 works for London Contemporary Dance Theater, including “Stages” (1971), “Stabat Mater” (1975), Nympheas (1976) and “The Phantasmagoria” (1987), as well as works for the Batsheva and Bat-Dor dance companies in Israel.

But his success at generating new audiences for contemporary dance in Britain as well as new crops of choreographers, dancers and companies in the genre meant that London Contemporary Dance Theater had now to compete for funds in a far more diverse and crowded sector, which included the international Dance Umbrella festival in London.

Mr. Cohan resigned from the company in 1989, returned to direct it in 1992 and then left it again in 1994 in a dispute with the British Arts Council, the company’s principal funding body. The company was later disbanded and a new scaled-down troupe run by Mr. Alston took its place.

Mr. Cohan retired to a farmhouse in the Cevennes region of south-central France, restoring and sharing it with his collaborator Mr. Chiesa. He continued to choreograph for Scottish Ballet and the Yorke Dance Project, for which he created a series of solos via Zoom last year during the pandemic.

In addition to Mr. Vestrich, his nephew, Mr. Cohan is survived by his nieces Lee and Lesley Vestrich and their children and grandchildren.

Asked in 2019 if he planned to go on choreographing, Mr. Cohan replied: “Absolutely. That’s what I live for.”