Since Robert Indiana’s death last year, a former business partner and his caretaker have feuded bitterly over whether the caretaker had taken advantage of the artist in the final years of his life at home on a remote island in Maine.

Now the executor of the artist’s estate has come forward in court papers to argue that Mr. Indiana had been poorly cared for by the caretaker, Jamie L. Thomas, who, the court filing says, “improperly lined his pockets” with $1.1 million from the artist and took more than 100 works of art by claiming they were gifts.

“Beginning in or about 2016, Jamie L. Thomas took advantage of Indiana’s advancing age, isolation, frailties, and fame to develop a relationship of trust and control over the artist,” according to the filing Wednesday in Knox County Superior Court in Maine by lawyers for James W. Brannan, the executor of the Indiana estate. “As the holder of Indiana’s healthcare and financial powers of attorney, Thomas owed Indiana fiduciary obligations. He breached those obligations.”

The filing comes more than a year after Mr. Indiana’s death and is a response to a case filed by Mr. Thomas in July, in which he sued the estate for millions of dollars for legal fees he incurred fighting a separate lawsuit in New York by Morgan Art Foundation, a former business partner of Mr. Indiana.

The depiction of Mr. Thomas in the latest lawsuit is somewhat at odds with what Mr. Brannan had said in prior interviews where he played down concerns that Mr. Indiana had been ill cared for. Previously, for example, he had said that by keeping visitors away from Mr. Indiana’s home, Mr. Thomas had simply been carrying out the artist’s wishes for privacy, and he went on to defend Mr. Thomas as the right person to lead a museum to be installed at Mr. Indiana’s former home on the island of Vinalhaven.

Before Mr. Indiana’s death last year at 89, Maine social service officials had investigated complaints about his treatment, but never announced any finding of abuse.

In the most recent filing, though, Mr. Brannan accuses Mr. Thomas of allowing the artist, who was nearly blind, to live in “squalor and filth” despite his wealth.

Mr. Brannan did not respond to a request for comment. But the lawsuit said Mr. Brannan had been unaware of the financial transactions, withdrawals and gifts, and “other and additional misconduct” that, it said, had since come to light.

“Some of these concerns have been evolving as we have got more information and a clearer picture has come into view,” Mr. Schutz said. “Over time Jim has got access to more information such as bank records and records from his health care provider.” 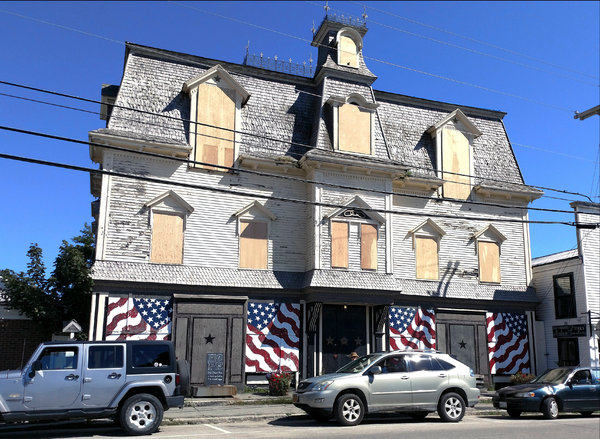 Mr. Thomas’s lawyers have in the past denied the allegations against him, and said that the evidence will show Mr. Thomas provided a high quality of care to Mr. Indiana.

Mr. Hallett said the accusations were simply being repeated from the complaint filed in New York.

In the lawsuit filed in New York last year, Morgan Art Foundation, which had the license to produce versions of Mr. Indiana’s iconic work “Love,” among other items, has accused Mr. Thomas of conspiring with an art publisher who long worked with Mr. Indiana to create a line of new art objects that they sold as Mr. Indiana’s work. Those allegations also surface in the latest lawsuit.

Mr. Thomas had sued the Indiana estate for help in covering the legal bills incurred in fighting that lawsuit.

“Without question, Thomas was Indiana’s most trusted and respected confidant,” Mr. Hallett said in a court filing last month, in which he outlined how Mr. Thomas had stood by Mr. Indiana as he grew older and had looked after his interests.

According to the filing this week by the estate, Mr. Thomas had worked for Mr. Indiana in the late 1980s and early 1990s doing odd jobs, but then they had some kind of falling out. He returned to Mr. Indiana’s employ in 2013, according to the court papers, when Mr. Indiana began to pay Mr. Thomas $1,000 a week to bring him meals and perform other tasks. Soon, though, Mr. Brannan’s lawyers assert in the lawsuit, Mr. Thomas began to control access to Mr. Indiana, screening telephone calls and taking over his email account.

Despite the fact that Mr. Indiana had as much as $13 million in the bank, the court filing says that Mr. Thomas allowed the artist’s home to fall into disrepair and that, by the time of his death, the house was littered with animal feces and urine, and portions of it were uninhabitable.

Graham Bowley is an investigative reporter on the Culture Desk. He also reported for The Times from Afghanistan in 2012. He is the author of the book “No Way Down: Life and Death on K2.” @Graham_Bowley • Facebook