As if the night life in New York City couldn’t get more exciting, last evening featured a star-studded event that was a welcome blast from the past for so many longtime fans of Sex & The City. Sarah Jessica Parker, Cynthia Nixon, Kristin Davis, and more hit the premiere of And Just Like That and the photos from the event were positively stunning. But a handful of snapshots seriously stood out to us, and they featured Parker’s lookalike son, James Broderick.

While posing for photos in her gorgeous dress by Fernando Garcia for Oscar de la Renta, Parker opted to also take a few family photos with her husband of 24 years, Matthew Broderick, and the couple’s 19-year-old son. The trio looked so refined — honestly, even Carrie Bradshaw would be proud. But it was so clear just from these few photos that James inherited a number of his mom’s notable features. 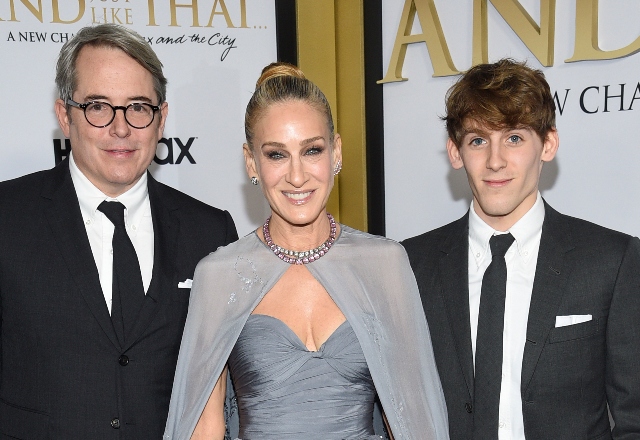 Both mother and son share the same blue eyes and a strikingly similar nose. Then there’s their jawline and cheekbones, and even a hint of their smiles look pretty similar. As for James’ hair? Well, we’ll give the slightest edge to the Ferris Bueller’s Day Off star for passing on that trait. 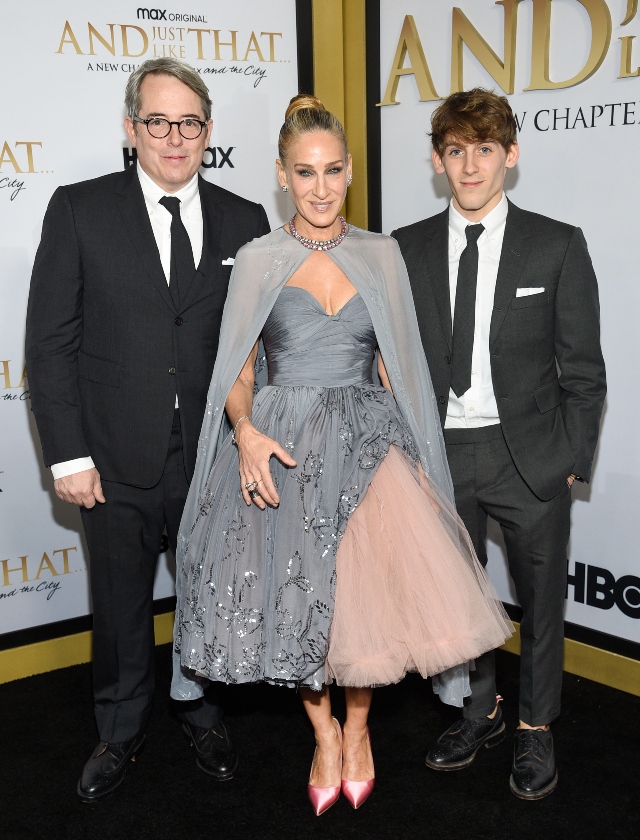 Along with their 19-year-old collegian, Parker and Broderick share 12-year-old twin daughters Marion and Tabitha. It’s very rare that Parker and Broderick bring their children along to such public events. But as they get older, it’s so great to see the couple’s kids showing their parents some love and support. Last night’s And Just Like That premiere was clearly a family affair for SJP, and we hope there are more to come.