The “Sex and the City” universe is starting to look a little more like the real-life New York it strives to represent.

HBO Max announced Wednesday that Sara Ramírez had joined the hotly anticipated “SATC” revival, “And Just Like That…,” as a series regular. The actor, known for roles on “Grey’s Anatomy” and “Madam Secretary,” will star as Che Diaz, described as a “nonbinary, queer, stand-up comedian that hosts a podcast on which Carrie Bradshaw is regularly featured.”

Che uses they/them pronouns and, according to HBO’s press notes, “is a big presence with a big heart whose outrageous sense of humor and progressive, human overview of gender roles has made them and their podcast very popular.”

Executive producer Michael Patrick King said in a statement that he and the rest of the show’s creative team were “beyond thrilled” that Ramírez had joined the cast, which includes Sarah Jessica Parker as Carrie Bradshaw, Kristin Davis as Charlotte York-Goldenblatt and Cynthia Nixon as Miranda Hobbes.

“Sara is a one-of-a-kind talent, equally at home with comedy and drama – and we feel excited and inspired to create this new character for the show,” King said. 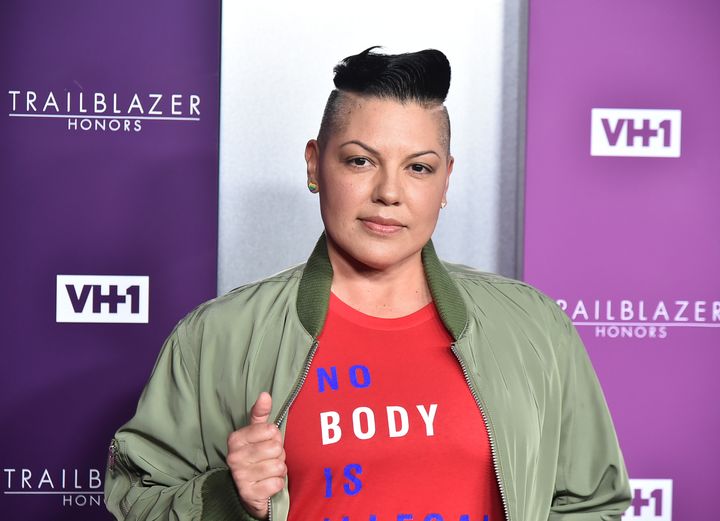 Ramírez worked extensively on Broadway before joining “Grey’s Anatomy,” and won a Tony Award for the 2005 musical “Spamalot.”

The actor came out as nonbinary in August 2020, and uses both “she” and “they” pronouns.

News of Ramírez’s casting follows the well-publicized departure of Kim Cattrall, who played Samantha Jones on all six seasons of “Sex and the City” during its HBO run and in the two subsequent movies.

In a 2017 interview with Piers Morgan, Cattrall ― who had publicly feuded with Parker ― suggested the show’s creators could recast her role with an actor of color or “bring in another character” altogether.

Since then, there have been a flurry of rumors about which “SATC” veterans will be appearing in “And Just Like That…,” slated for a fall release. The New York Post’s Page Six reported earlier this year that Chris Noth would not be reprising his role as Carrie’s main squeeze, Mr. Big, though the actor later implied on Instagram that may not be the case.

David Eigenberg and John Corbett have similarly hinted that they’ve been approached to join the series, though neither actor’s casting has been formally confirmed.