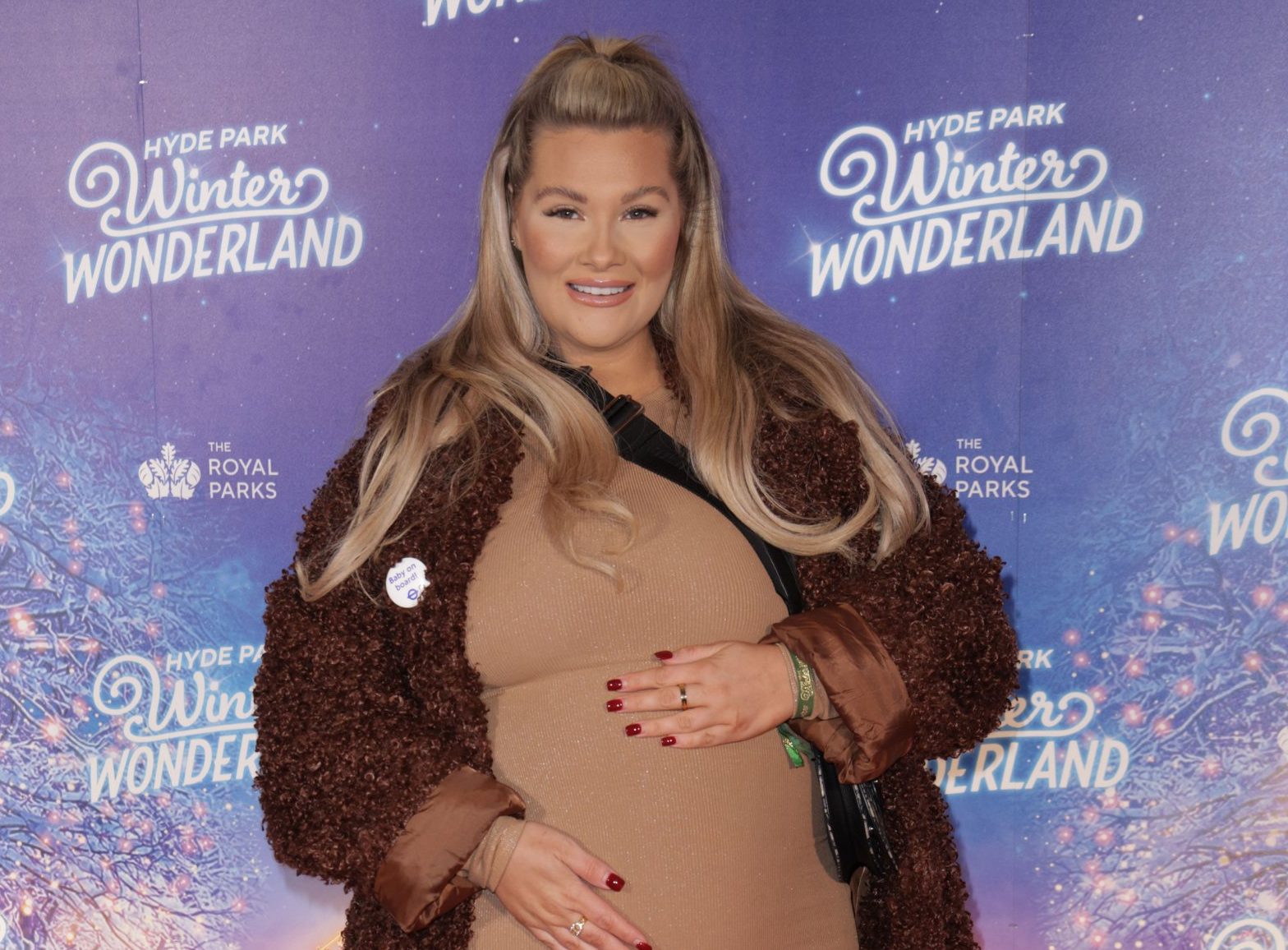 Love Island’s Shaughna Phillips has revealed she thinks she’s expecting a boy, and has shared that she plans on having a ‘small’ wedding in the future with partner Billy.

The 28-year-old announced she was expecting her first child last month, and has been keeping her relationship under the wraps.

Shaughna has now revealed she’s thinking about the future with her partner, and although they’re not yet engaged, they’ve spoken about having a ‘small’ wedding.

She said: ‘Getting a house gives a different sense of value for money. I take my hat off to people who spend thousands of pounds on a wedding.

‘Even if I do have a wedding, it is going to be small – it’ll be in the council!’

She added to OK! Magazine: ‘I’ve shown Billy a few rings and said, “Pick one,” just so I know he’s on the right track for when he decides to propose.’

Shaughna also admitted wanting more children in the future, saying she loved looking after her younger brother and would want her firstborn to have that too.

The reality star has also been sharing updates about her pregnancy, telling the publication: ‘I feel like it’s a boy now. I’m not entirely sure why. At the start of my pregnancy journey, I really wanted a girl – but I’m okay with having a baby boy.’

She added: ‘While at first I really wanted a girl, now I feel as though the gender is kind of irrelevant because I’ll be happy with either. At the end of the day, I’m going to love them no matter what.’

This comes after Shaughna suffered a scare and had to go to hospital just a few days after announcing her pregnancy, later explaining that she was struggling to feel her baby move.

‘Over the weekend I didn’t feel much movement from the baby in the mornings,’ she recalled.

‘I didn’t really feel that much movement and I started to panic because everyone says that the second you notice a change you should call your midwife. I’ve felt the odd kick here and there but it was nothing like it had usually been.’

‘It’s an anxiety that is justified because you’re doing something you’ve never done before; you’re growing a human. That, of course, is anxiety-inducing,’ she said.

Shaughna announced the adorable news that she’s expecting a baby in a sweet video on social media, which showed her sharing the announcement with family and friends as well as the pregnancy test.

At the end of the clip, Shaughna teased that her baby was due in March 2023.