Sonny Fox, Whose ‘Wonderama’ Mixed Fun and Learning, Dies at 95

Sonny Fox, who as the host of the children’s television show “Wonderama” presided over a four-hour combination of fun and learning on Sunday mornings from 1959 to 1967, died on Jan. 24 in Encino, Calif. He was 95.

The cause was Covid pneumonia, his son Dana said.

Mr. Fox was a veteran of television when he was hired for “Wonderama” by the New York station WNEW-TV (now WNYW). He had hosted a live local educational program in St. Louis and “Let’s Take a Trip,” on CBS, on which he took two youngsters on a field trip each week.

In 1956, CBS named Mr. Fox the M.C. of “The $64,000 Challenge,” but he was fired a few months after accidentally giving a contestant an answer. He was not embroiled in the scandal that emerged two years later when it was discovered that several quiz shows, including “Challenge,” had been rigged by their producers.

No such problems existed at “Wonderama,” where Mr. Fox’s mission was to tack away from the silly show it had become under previous hosts. But he was too serious at first, focusing on subjects like space exploration. Ratings began to fall.

“I became so ponderously educational that the kids who had been watching turtle races” — under the previous hosts — “had no idea what I was doing,” he said in a Television Academy interview in 2008.

The show, which was taped before an audience of about 50 youngsters, soon found its footing. It became a dazzling mixture of cartoons, spelling bees, games like “Simon Says,” joke-telling (by the children), contests, dramatizations of Shakespeare plays and magic. In 1964, the show held a mock Republican convention. Mr. Fox also interviewed newsmakers like Mayor John V. Lindsay of New York and Senator Robert F. Kennedy, and opened the floor to questions from the children.

“Do you think all the money that we’ve been spending on this nation’s space program should be spent on this or on poverty bills and such?” an earnest boy with glasses asked Senator Kennedy in 1965.

“We can make the space effort,” Mr. Kennedy said, adding that both could be done: “If there’s ever an unknown, man will search the unknown.”

Mr. Fox was not a comic performer like Chuck McCann, Sandy Becker or Soupy Sales — stars of their own daytime children’s shows on WNEW at the time — and did not wear funny costumes. He was a smart and genial host who wore a suit and tie.

He viewed the children in the studio not as passive observers of “Wonderama” but as integral to it, whether they were trying to stump him with a riddle or delivering news segments. 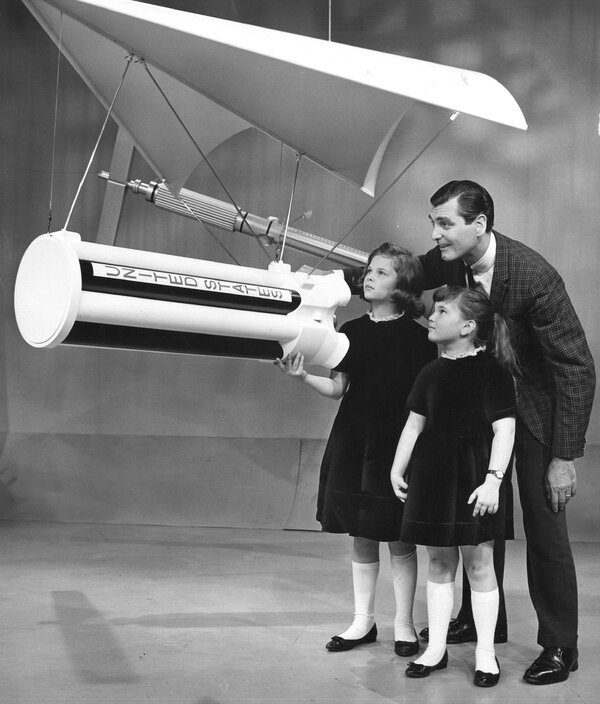 He said Mr. Becker and Mr. Sales resented his popularity because he was not a performer.

The popularity of “Wonderama” meant children waited years for tickets to tapings at its studio on East 67th Street in Manhattan. Mr. Fox’s mother, Gertrude (Goldberg) Fox, sent him notes each Monday insisting that tickets be set aside for certain children.

“One day, I said to my mother, ‘Ma, how do all these people know you’re my mother?’” he wrote in his autobiography, “But You Made the Front Page! Wonderama, Wars, and a Whole Bunch of Life” (2012).

“I don’t know,” he recalled her responding. “It just comes up in conversation.”

During six of the years that Mr. Fox was on “Wonderama,” he also hosted another children’s program on WNEW, “Just for Fun,” a game show that aired on Saturdays.

In 1967, the station asked him to host a new weekday talk show, “The New Yorkers.” But accepting that offer would mean giving up “Wonderama.” He was concerned about surrendered a sure thing for an untried program, but he agreed, figuring it was a new challenge. Bob McCallister replaced him on “Wonderama.” But, he wrote in his memoir, his contractual option was not being picked up and he was let go after nine months.

Irwin Fox was born on June 17, 1925, in Brooklyn. His father, Julius, was a textile converter, who bought unprocessed fabric from mills and had it printed on demand. His mother was a theater ticket broker who called her cheerful child “Sonny Boy.”

In 1943, on his 18th birthday, he enlisted in the Army. He was shipped to England and then to France and arrived at Omaha Beach a year later, about 90 days after D-Day. In late 1944, members of his unit were captured by the Germans during the Battle of the Bulge.

He and other prisoners of war were taken to camps. His life was probably saved because an American clerk at his camp falsely designated him Protestant, rather than Jewish; Jewish prisoners, and those who looked Jewish to the Germans, were eventually sent to a slave labor camp in Berga, Germany.

After returning to the United States, he graduated from N.Y.U. in 1947 with a bachelor’s degree in television and radio production. He went to work for Allen Funt as a producer for “Candid Microphone,” the radio precursor to Mr. Funt’s TV show “Candid Camera.”

Let Us Help You Better Understand the Coronavirus