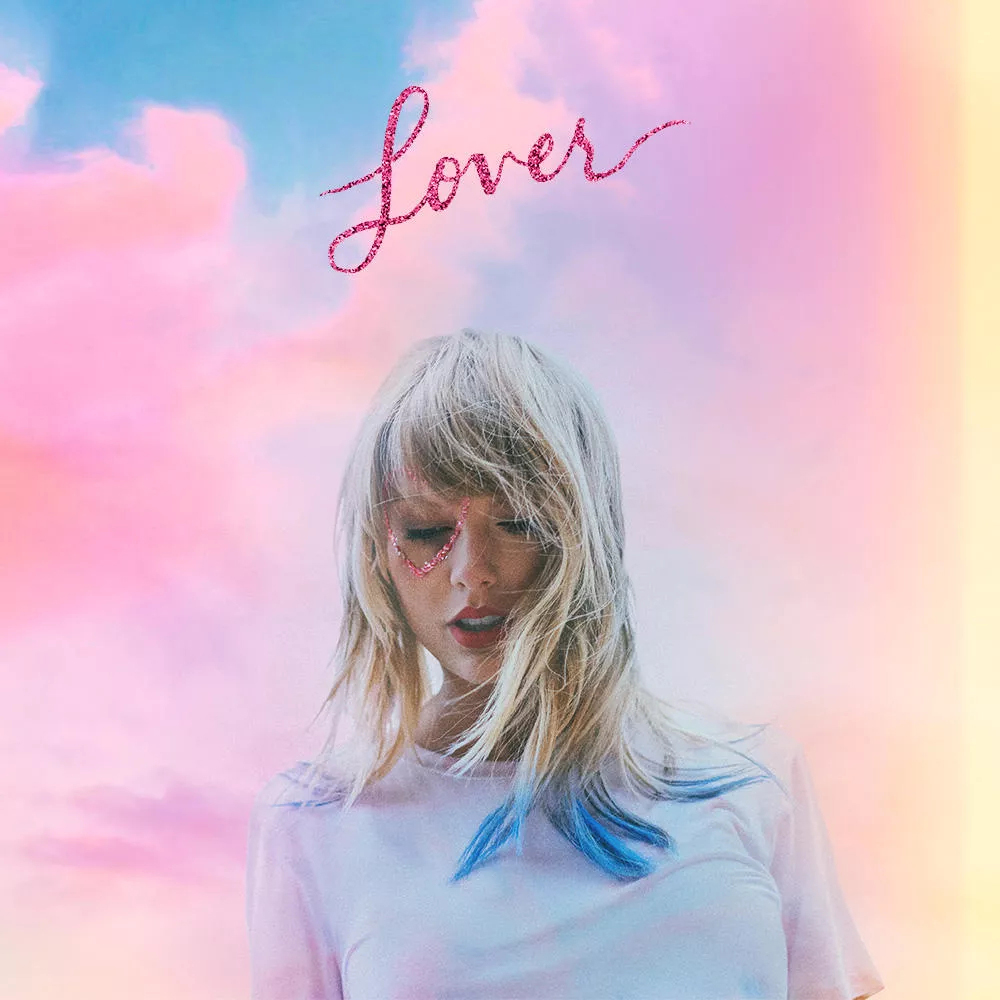 Taylor Swift’s kiss-off days are behind her. Nearly two years after the release of her surprisingly dark sixth album, Reputation, the singer-songwriter has found the light again — and Calabasas is in her rearview mirror.

On her whimsical seventh studio effort, Lover (out now), Swift doesn’t just turn the page in her diary, but she sprinkles some glitter on it, tears it out and sends it up to the heavens on a colorful hot-air balloon.

Case in point: The album’s opener, “I Forgot That You Existed,” is the 29-year-old’s farewell to the snakes that plagued her during the creation of Reputation (we won’t name any names). “It isn’t love / It isn’t hate / It’s just indifference,” she sings over a finger-snapping, tuba-inflected beat and a tropical loop.

From there, Swift wastes no time, launching into three of Lover’s standouts back-to-back-to-back. “Cruel Summer” is captivating and boasts some of the most melodic vocals of her career thus far. The ever-so-romantic title track follows suit with the twang of a country classic playing during closing time at a wedding afterparty in Nashville. It has Swift’s strongest songwriting since 2012’s “All Too Well,” a nearly impossible feat given the Red cut is widely considered to be one of her best. The trifecta concludes with “The Man,” a women empowerment anthem that tackles the double standards in society and finds Swift taking back what should have been hers all along.

“Would you like to worry about drinkin’ and dollars? / And getting bitches and models? / And it’s so good if you’re bad / And it’s OK if you’re mad,” she seethes during the bridge. “If I was flashing out my dollars, I’d be a bitch, not a baller / They’d paint me out to be bad / So, it’s OK that I’m mad.”

Impressively, the 18-track album, which is Swift’s longest to date, only has three semi-duds on it — and she gets two of them out of the way early on. The slow-building ballad “The Archer” and the lovestruck “I Think He Knows” are nice but forgettable when considering the bigger picture, as is “False God,” which comes later in the tracklist. 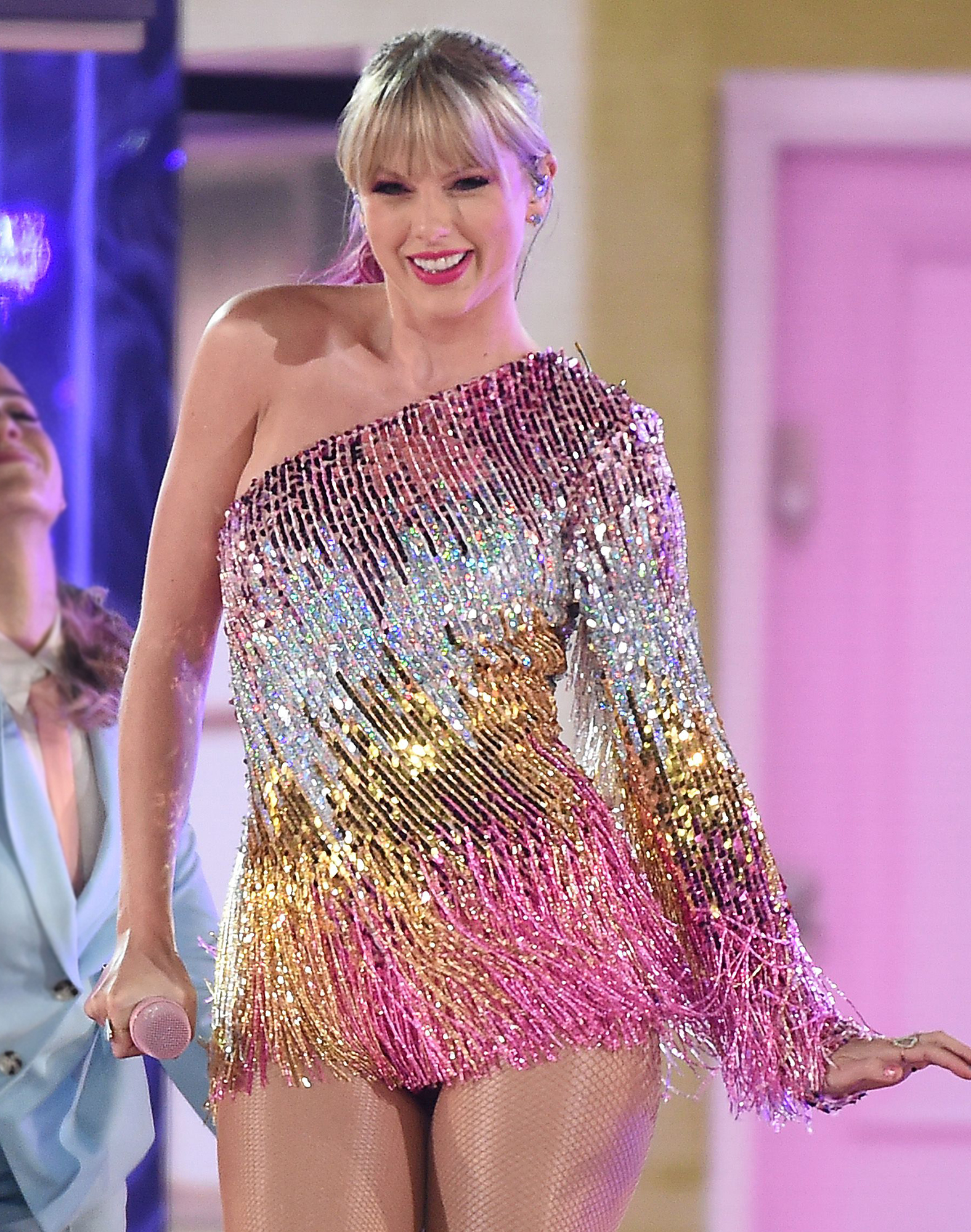 “Miss Americana & The Heartbreak Prince” and “Cornelia Street,” on the other hand, are fantastically triumphant. On the former, Swift reminds the world that she is a songwriting savant with lyrics pieced together with the help of high school imagery, including a cheerleader call-and-response and mentions of prom, yearbook superlatives and a regular ol’ hallway. And on the latter, Swift uses her onetime West Village carriage house as a metaphor for a past relationship she never wants to revisit. It’s a simple yet brilliantly executed concept that only she could conjure up.

Unsurprisingly, much of Lover centers around the topic of, well, love. On “Paper Rings,” the Grammy winner details a friendship that takes an unexpected — but welcome — romantic turn. The tune blends Panic! at the Disco’s postmodern jazz-pop sound with The Supremes’ 1960s doo-wop, as peculiar as that may seem. Things get even more lovey-dovey on “London Boy,” an obvious nod to Swift’s boyfriend of nearly three years, British actor Joe Alwyn. After paying homage to American staples (New Jersey’s own Bruce Springsteen and Tennessee whiskey, to name a few), she travels overseas to meet up with her guy at a pub.

All things considered, Lover is quite possibly Swift’s least radio-friendly release yet — not that she needs to appease FM listeners in today’s streaming era. The upbeat Brendon Urie-featured lead single (and undeniable banger) “Me!” and LGBTQ-friendly “You Need to Calm Down” instantly became Top 40 go-tos upon their releases earlier this summer, but they are vastly different from the rest of the record. That isn’t a problem, though, as Lover offers a little something for everyone.

Swift truly shines when she shows her vulnerable side toward the end of the disc. On “Soon You’ll Get Better,” her long-rumored Dixie Chicks collaboration, she puts on a brave face for a loved one who is seriously ill but makes “the best out of a bad deal.” The mesmerizingly haunting but hope-filled number is likely a tribute to Swift’s mother, Andrea, whose cancer relapsed earlier this year. Lover closes out with another deeply personal song: “Daylight,” on which she reflects upon the time she became “the butt of the joke” after trusting “the wicked.” Fortunately, love helped her come out on the other side. And, oh, are we glad to have the Old Taylor back.