If you’ve ever wondered what people with periods do with their used tampons, the answer is simple — we eat them.

How else would we reabsorb the blood?

No, this isn’t some weird Goop health advice. It’s actually a hoax started by a teen girl on TikTok and it seems a lot of boys on the app can’t quite work out if it’s true or not.

It stated with this video from Caroline Majcher, an 18-year-old TikToker in Toronto.

“Guys are so clueless. So today I was talking about periods with my guy friends and just explaining some stuff to them,” she says in the clip.

“And they had no idea that girls eat their tampon after they’re done with it to reabsorb all the blood that they just lost.” 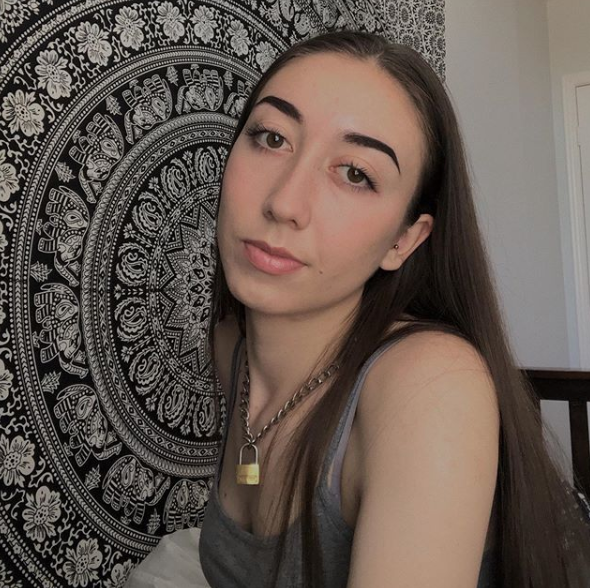 Majcher told BuzzFeed News she had been chatting with her sister about potential videos when the idea came up.

“I thought I could probably make up a lie about girls and any boy would believe it,” she said.

It all could have ended there, but it didn’t. Other TikTokers kept the hoax going in the comments.

Girls started posting videos of their boyfriends reacting to the original video.

“There’s one with a whole group of guys and at the same time you can see all their jaws drop,” said Majcher.

Note how they look to the girl in the group for confirmation.

The magic of it all is you can’t quite tell whether the boys watching believe it or not.

And now girls are keeping it going with yet more videos.

Plus you’ve got to admire the commitment.

And in definitive proof that girls like gross humor too, people have been suggesting alternate consumption methods. Like, Diva Cup shots, tampon tea, and wringing your pad out into a cup.

“I saw one girl say that she would use her tampon and freeze it as popsicle,” said Majcher. “One said she used it as a salsa dip.”

And, just in case it needs to be said — we promise this is just a prank. Please don’t eat your tampons.