This is an excerpt from The Stakes 2020, BuzzFeed News’ newsletter about what really matters in the 2020 campaign. You can sign up here.

This week I texted with Mark Sanford, the former member of Congress and South Carolina governor, who became one of Trump’s most vocal Republican critics — and lost his primary in 2018 to an extremely pro-Trump opponent (the seat eventually went to a Democrat). Sanford became a household name in 2009, when, as governor, he disappeared for six days, later admitting he was having an affair and was visiting his girlfriend in Argentina — a mild scandal by today’s standards. But he’s been incredibly consistent about limiting government spending and deficits and has launched a quixotic bid against Trump so he can, he hopes, remind Republicans they used to care about spending.

We texted about who his campaign appeals to, impeachment, and what he makes of some of his former congressional colleagues who now work for Trump. 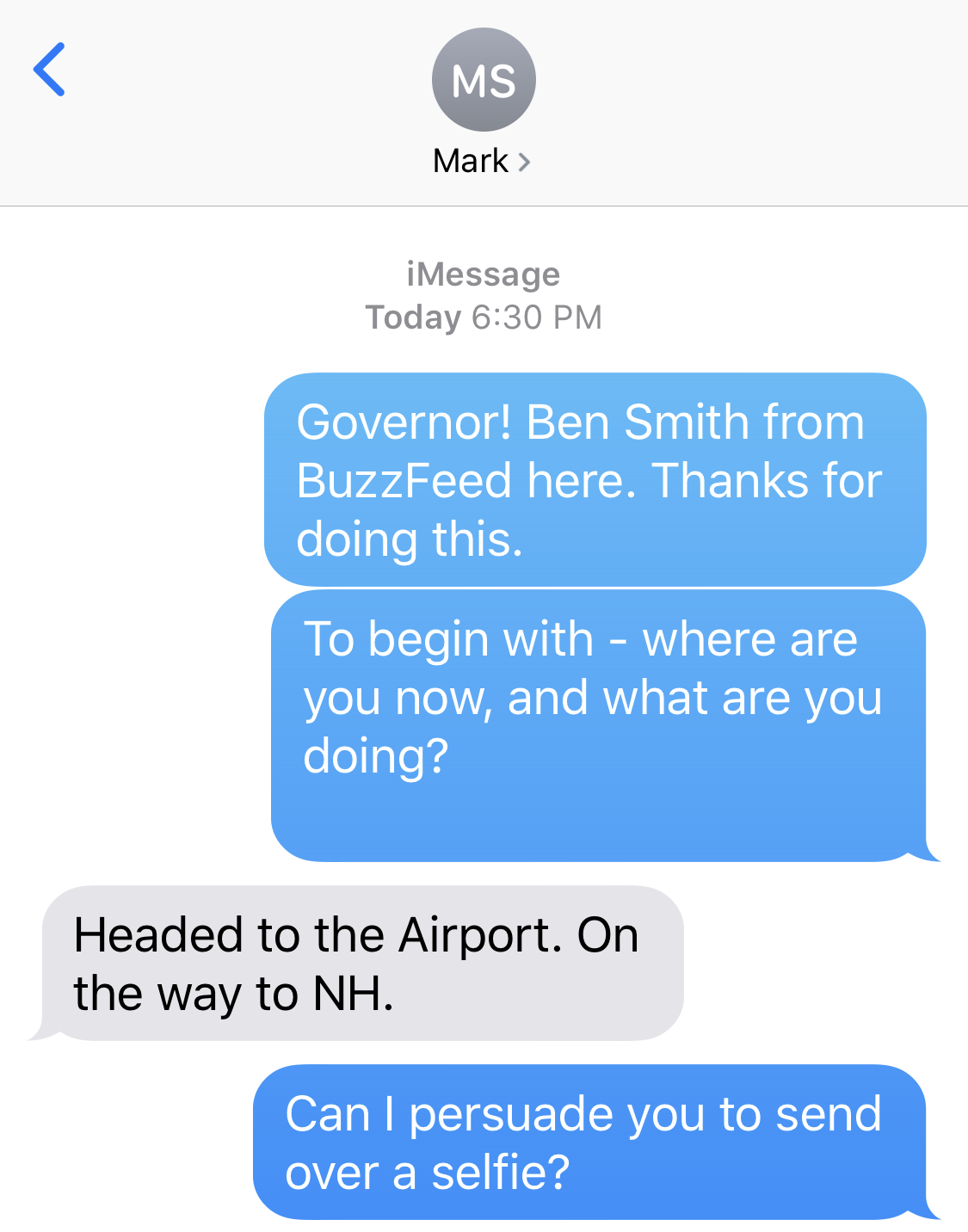 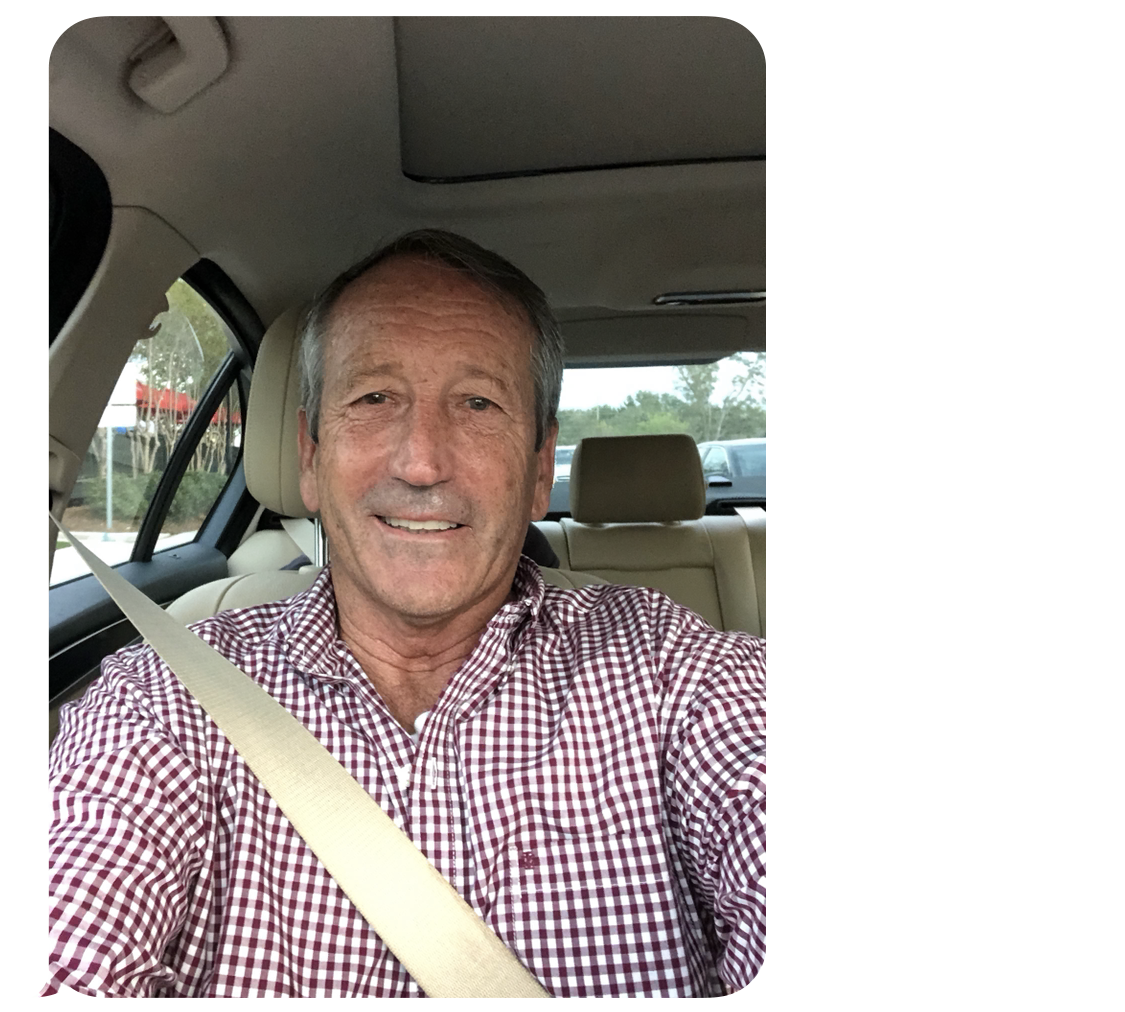 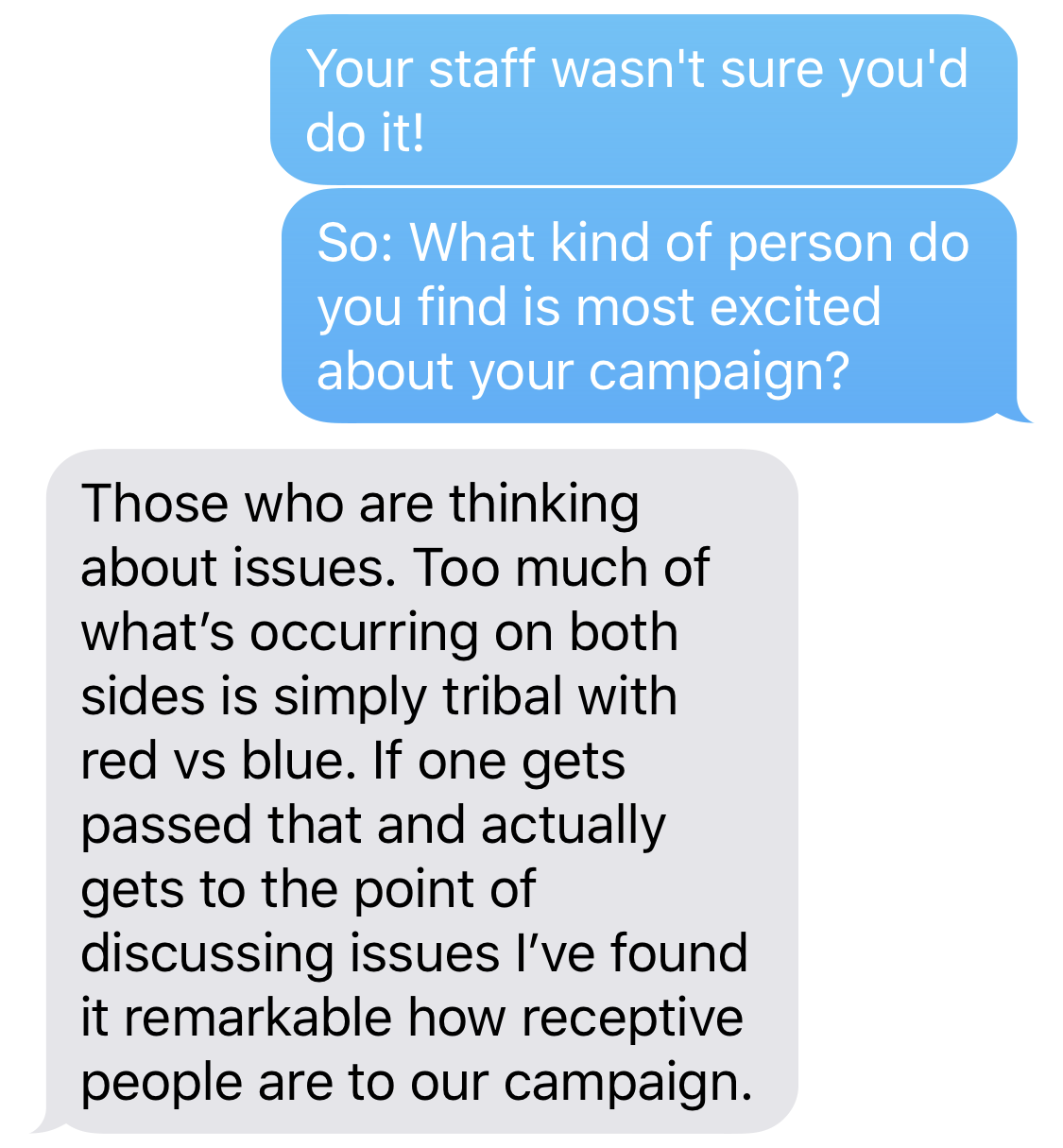 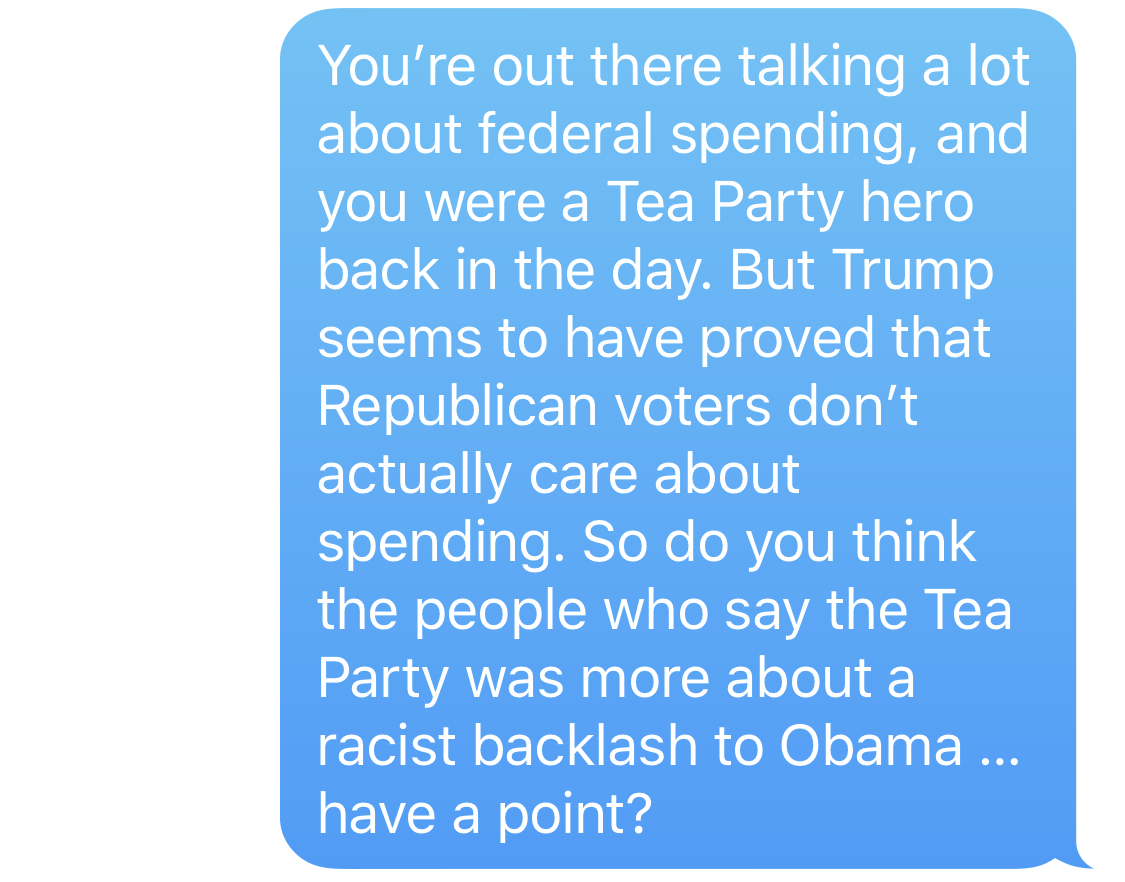 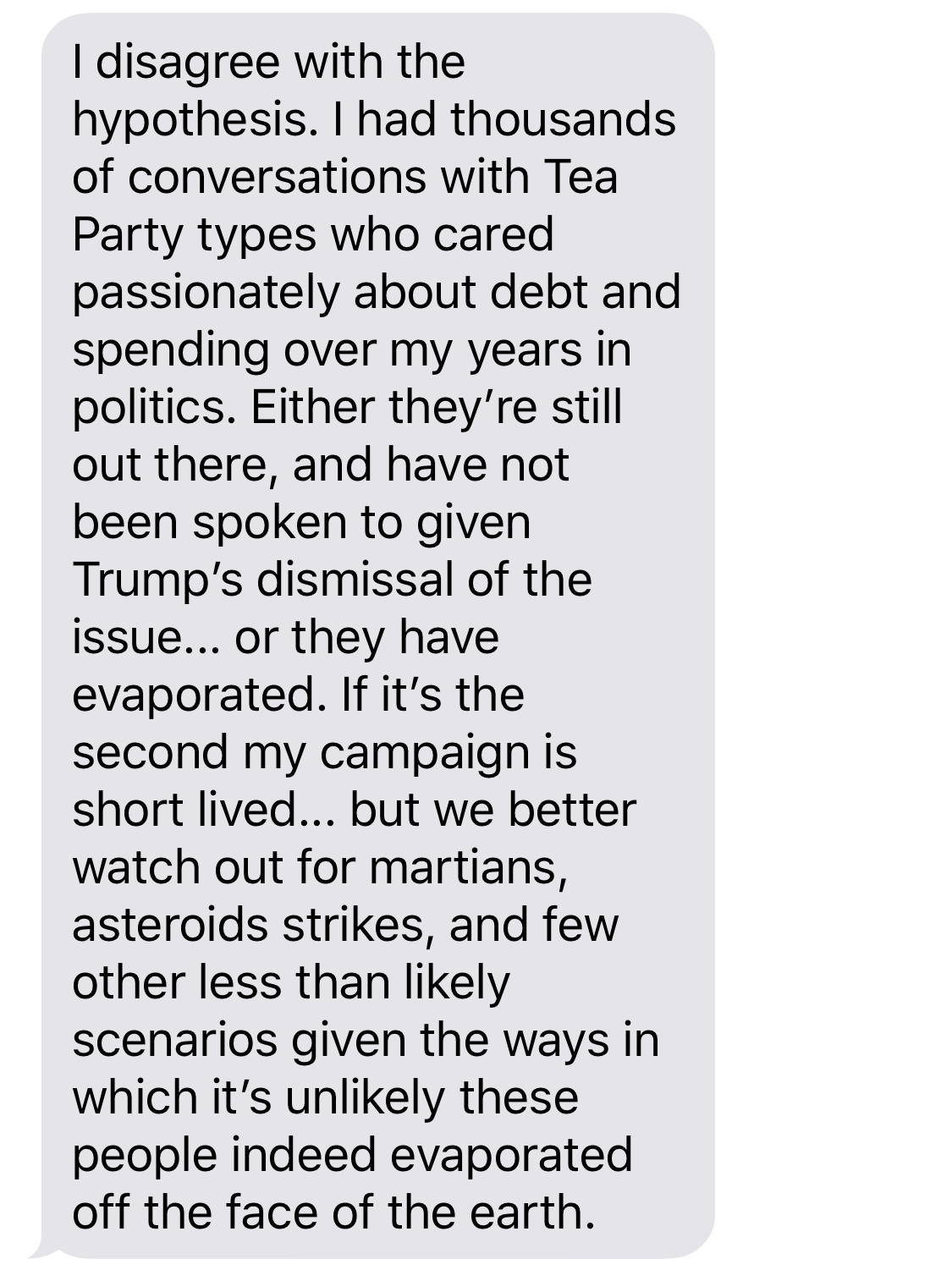 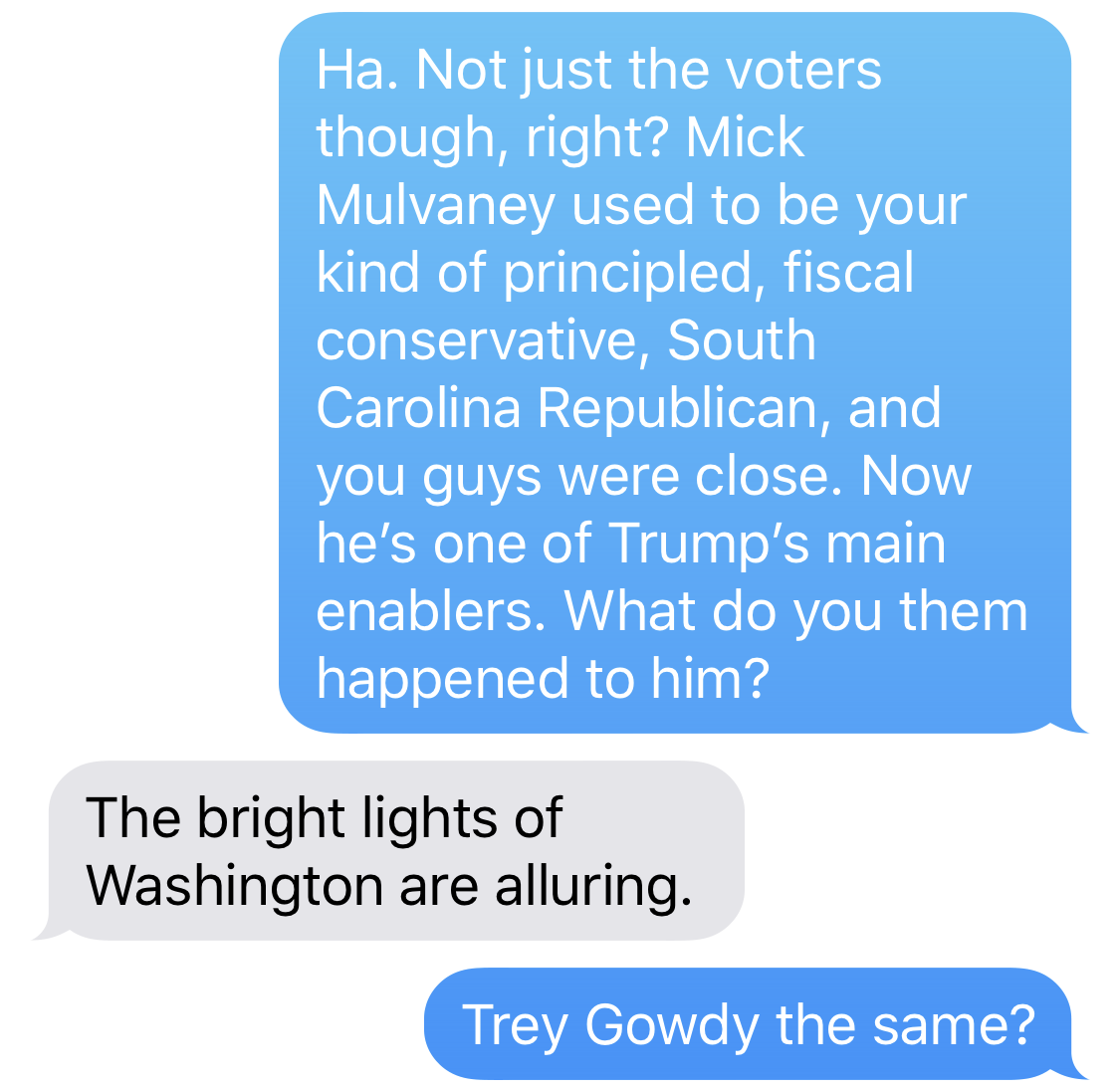 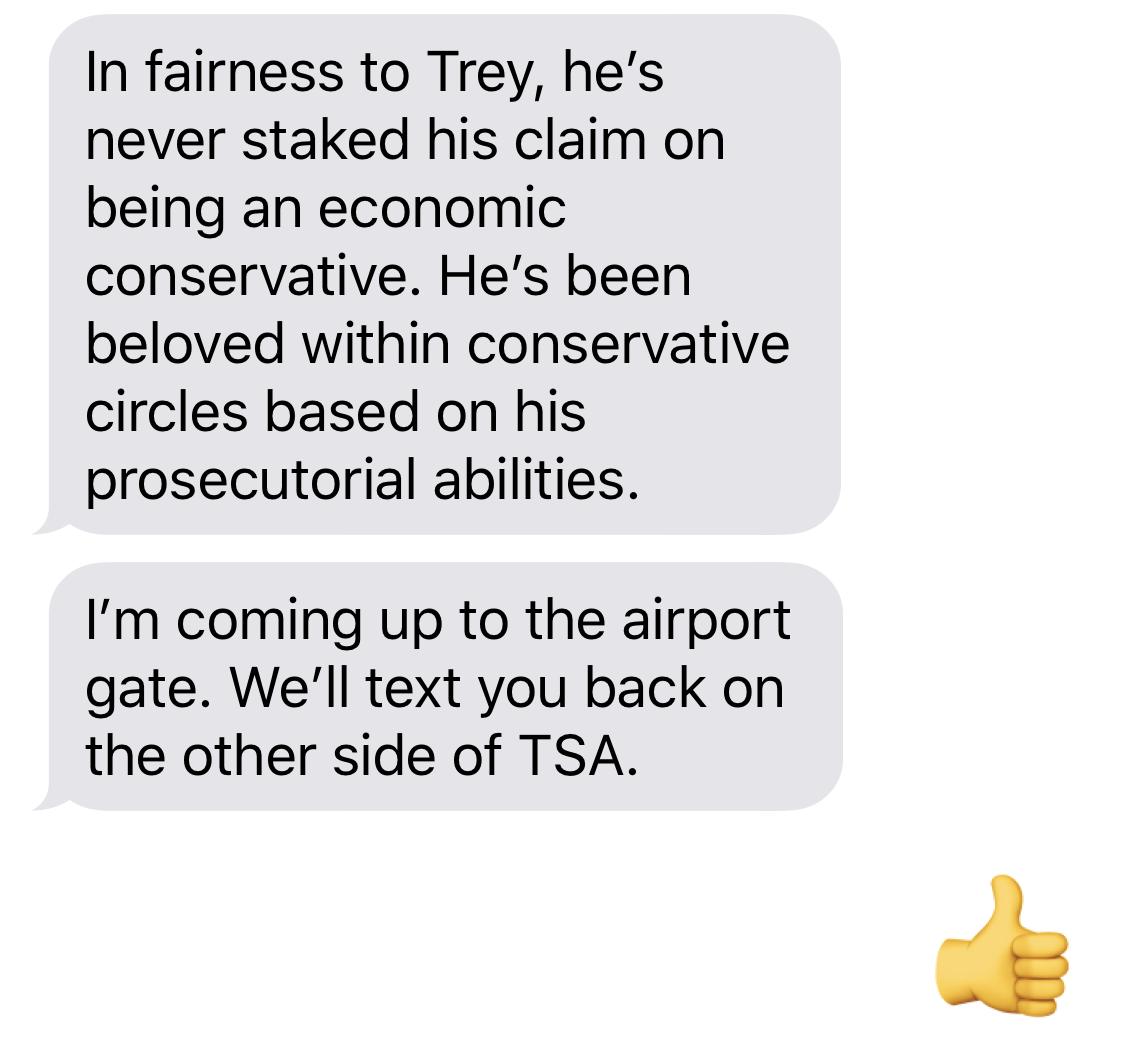 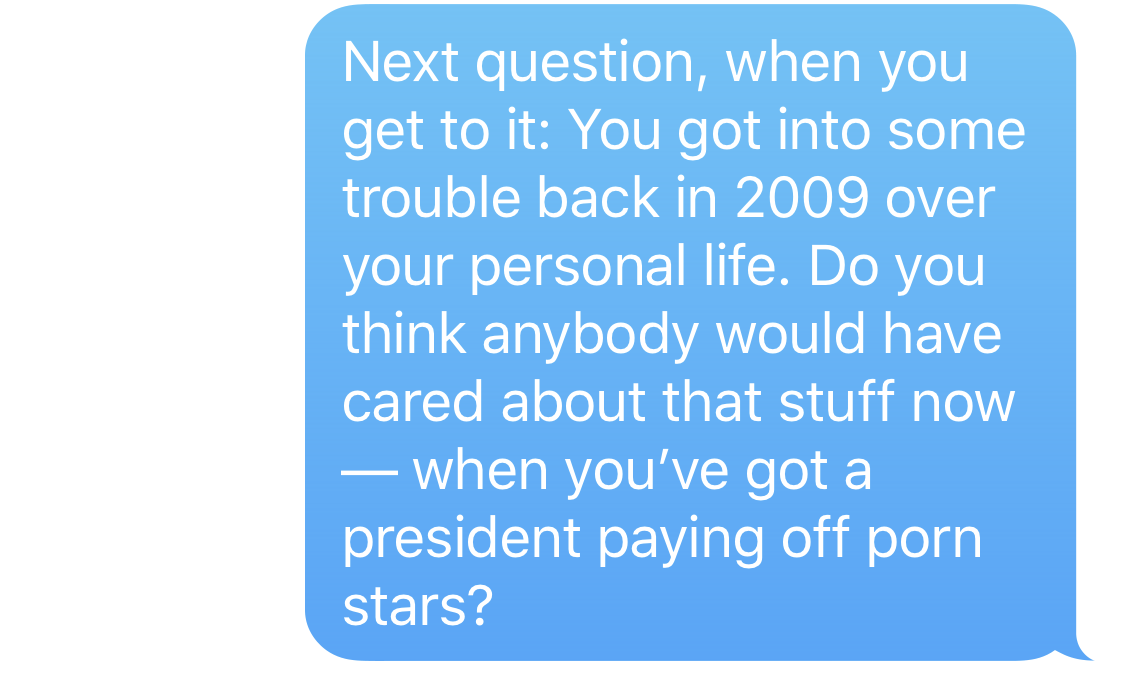 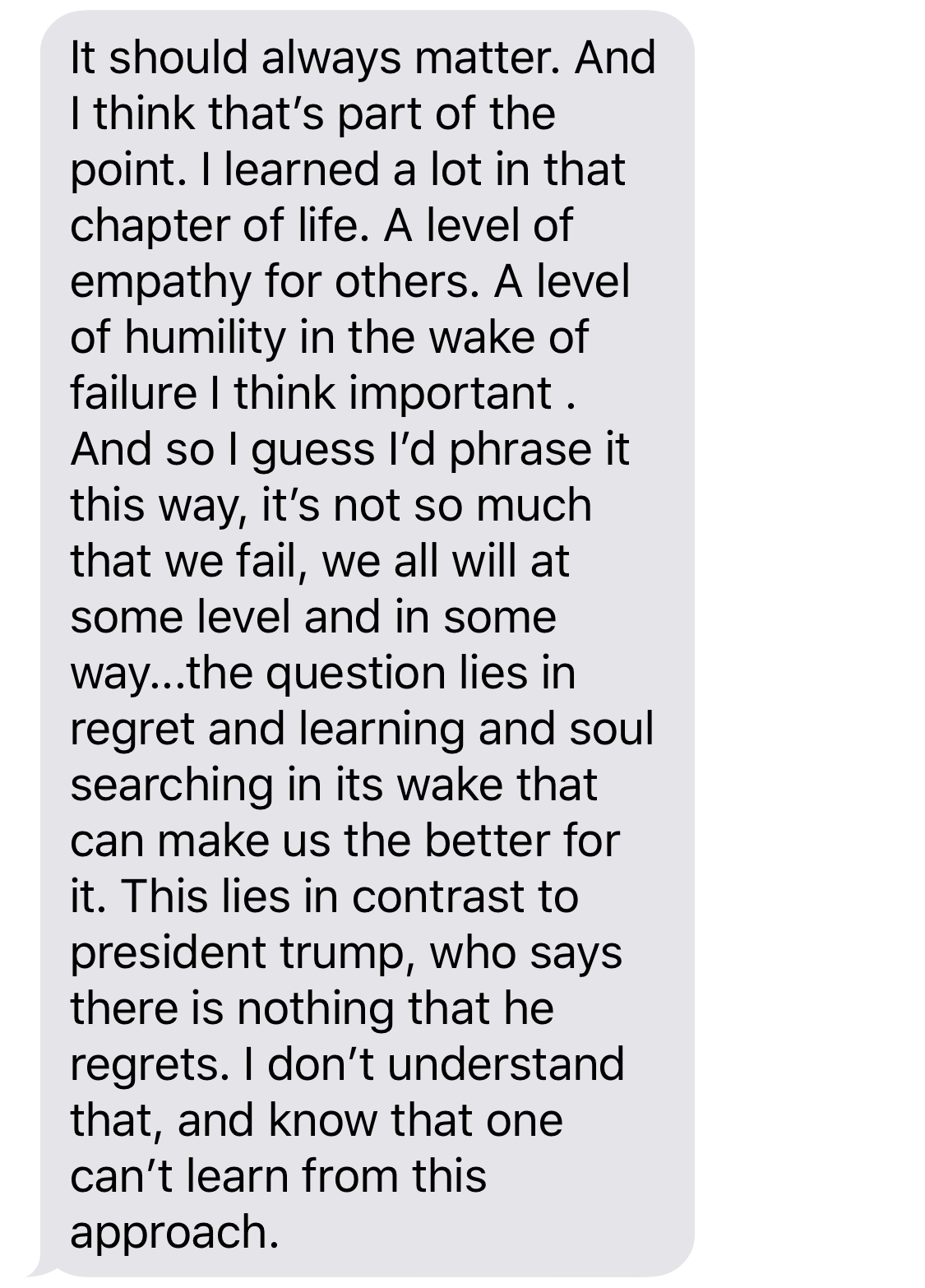 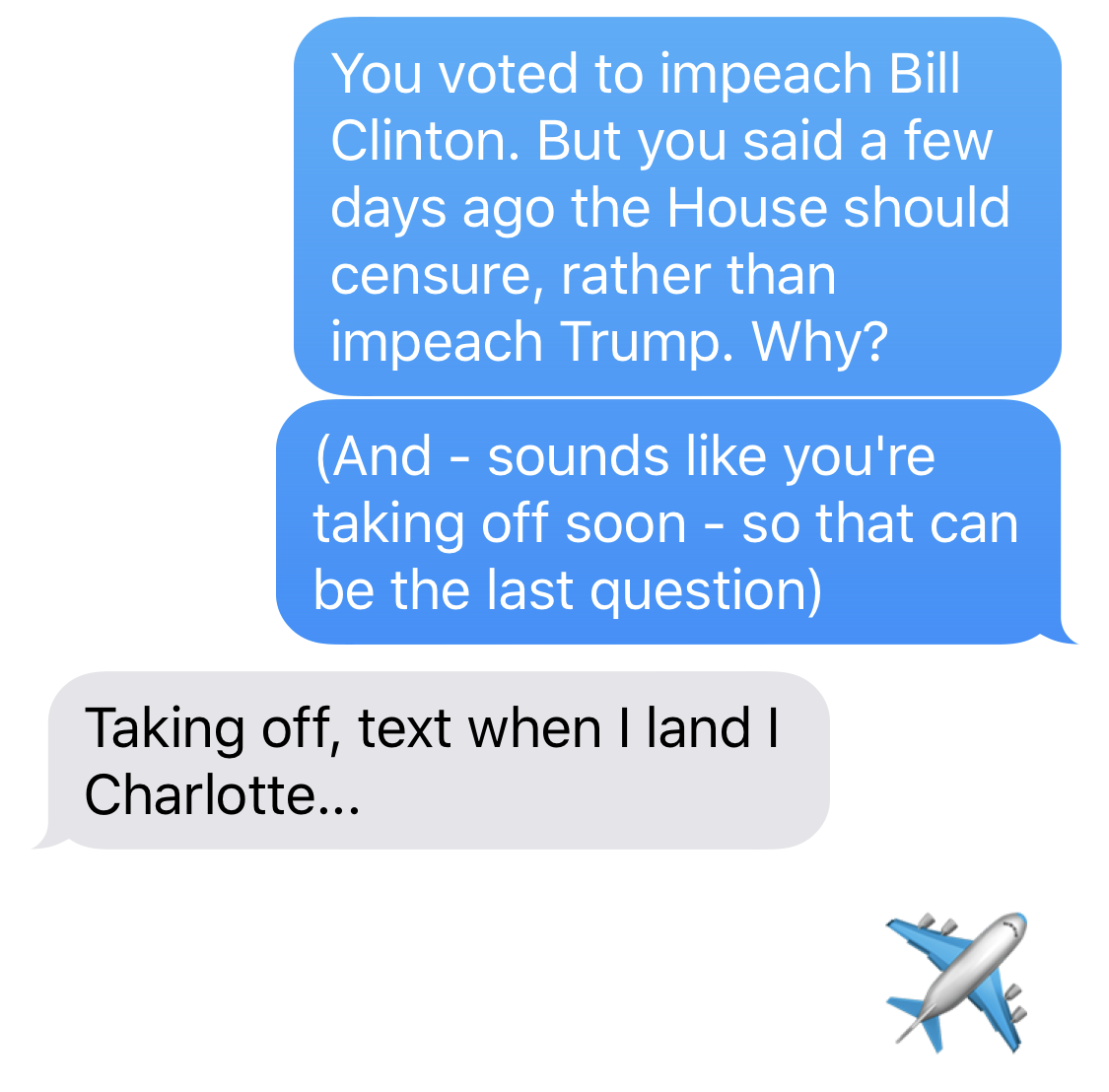 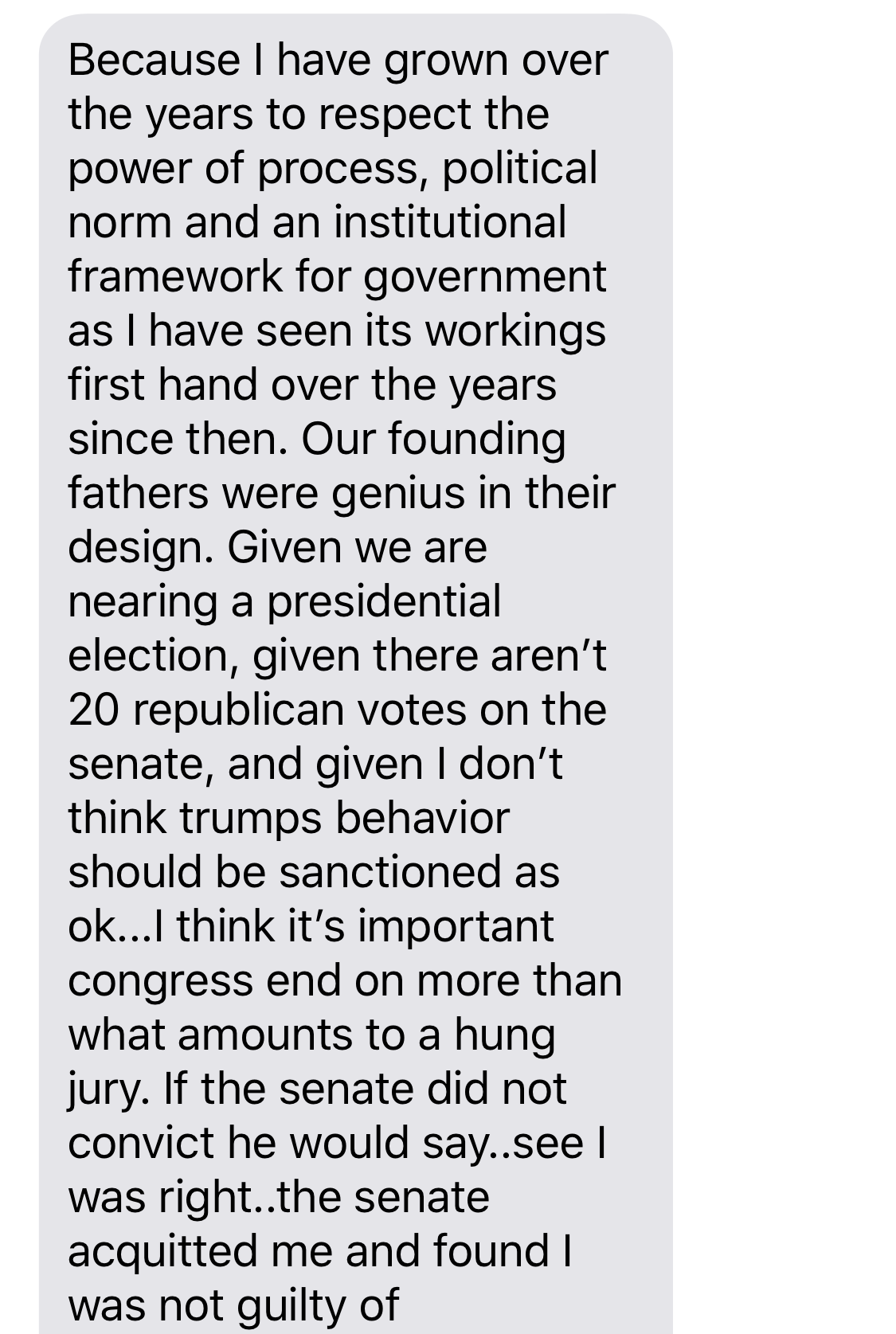 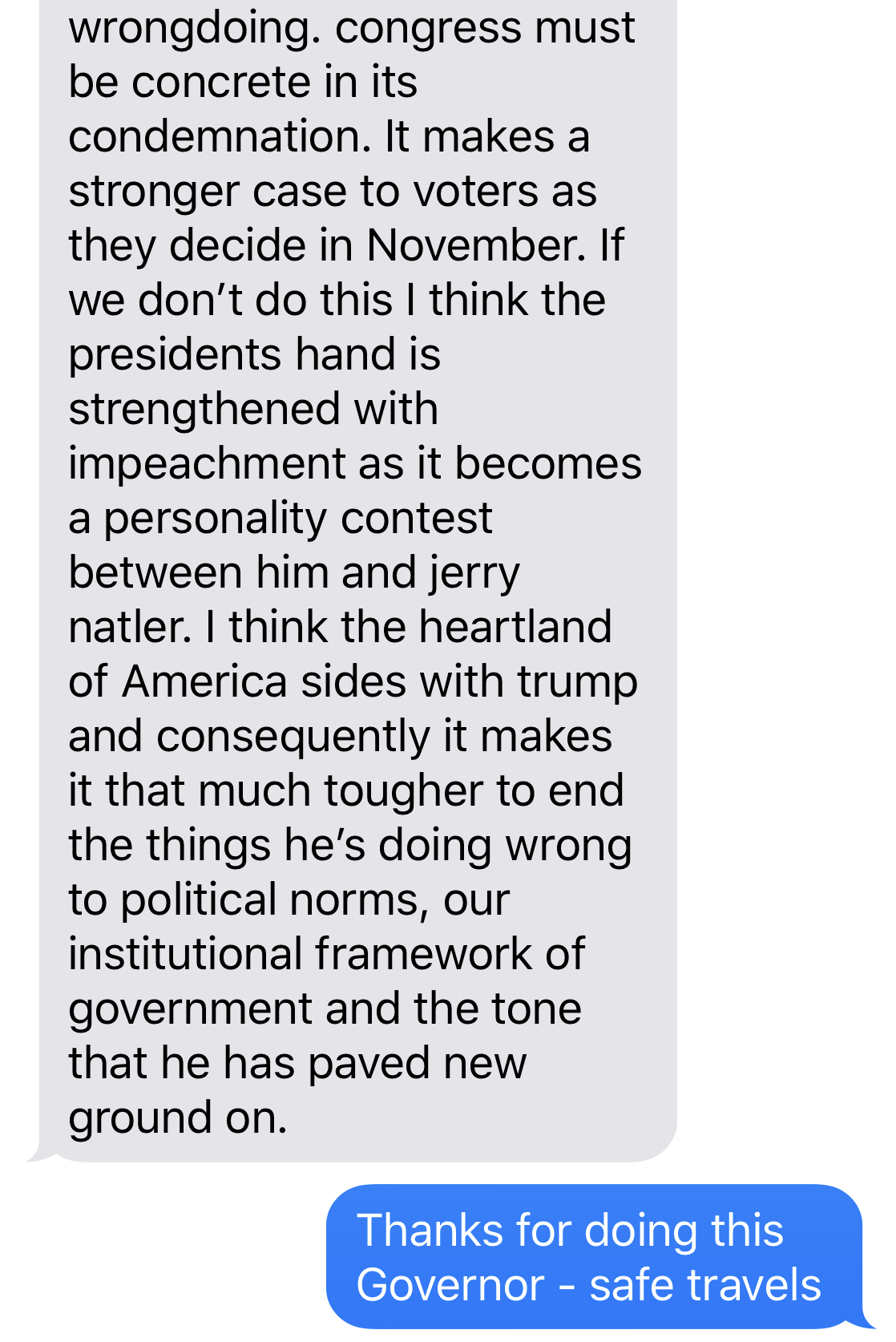