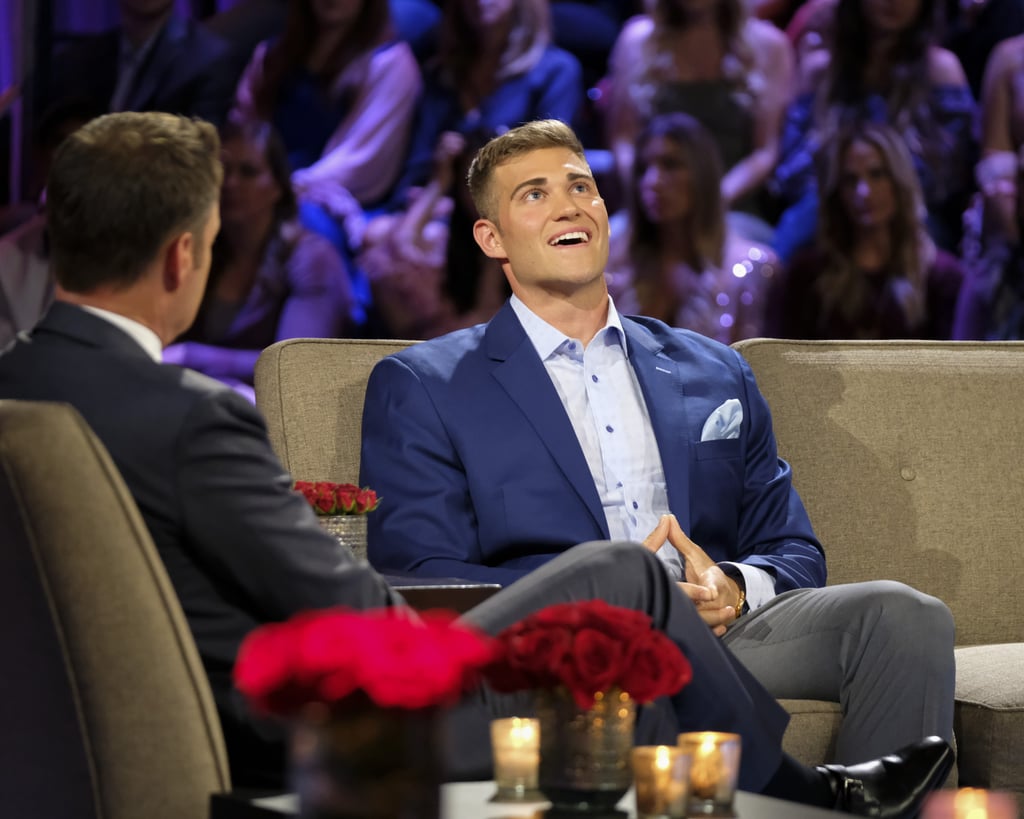 I’m not sure who needs to hear this (Luke P.), but it’s called “Men Tell All,” not “Luke P. Tells All.” On Monday night, Bachelor nation tuned in to see The Bachelorette Hannah Brown’s contestants catch up with Chris Harrison before the season finale, but with Luke spending so much time in the hot seat, it was hard to ignore his jarring comments. They were so hard to ignore that during his interview with Chris, one of the contestants literally ran out from backstage to confront Luke and defend the other men.

While there’s guaranteed to be a “villain” in each season of the show, the drama that Luke caused was infuriating — he lied, slut-shamed, and womanized. There’s no excuse for his behavior, and Luke could have better addressed his actions during the episode, but it’s officially time to move on. Check out some of the best reactions to Luke P. during the “Men Tell All” episode ahead, and then see why Hannah is our favorite Bachelorette thus far.