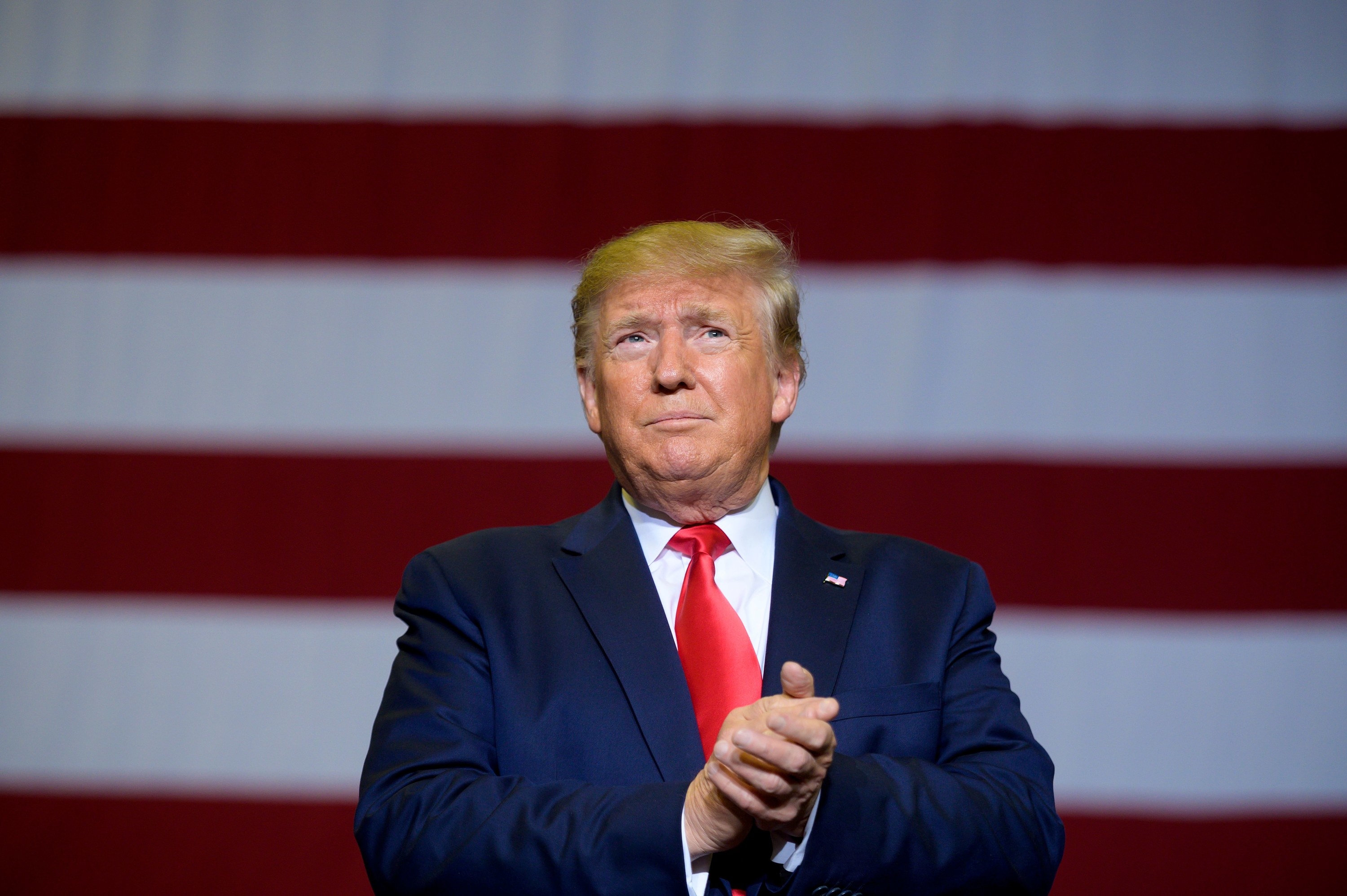 The testimony released Monday sheds more light on the investigation into Trump, who asked Ukrainian President Volodymyr Zelensky on a July 25 call for a “favor” to help him investigate the origins of the Russia investigation and former special counsel Robert Mueller’s probe, as well as former vice president Joe Biden, a top candidate for president, and his son Hunter. House Democrats are investigating that request as well as whether Trump’s decision to withhold financial aid to Ukraine was directly connected to it.

According to the transcript, Yovanovitch told congressional investigators that she was told by a senior Ukrainian official around February of this year that Lev Parnas and Igor Fruman were working with Rudy Giuliani, a lawyer working for Trump, to try to replace her as ambassador to Ukraine. The Ukrainian official told her “I really needed to watch my back,” she said, according to the transcript.

Yovanovitch later identified the senior Ukrainian official as Interior Minister Arsen Avakov who told her that Giuliani had reached out to him in “either late January or early February” to try to set up a meeting while Avakov was in the US. Avakov told her that he spoke with Giuliani on the phone, but that he did not want to meet with Giuliani “because of his concerns about what they were doing,” according to the transcript. Avakov avoided the meeting because he believed that Ukraine getting involved in US politics “was a dangerous place for Ukraine to be,” given the country’s bipartisan support from the US, she added.

Avakov told Yovanovitch that he was concerned about Giuliani and his associates pressing Ukraine for information on former vice president Joe Biden and Burisma, a Ukrainian gas company that his son Hunter Biden served on the board of “with a view tofinding things that could be possibly damaging to a [Biden] Presidential run,” she told Congress.

Yovanovitch testified that amid myriad attacks against her by the president’s allies and Ukrainian opponents, she asked the State Department to release a “strong” statement to indicate “that I, in fact, am the ambassador in Ukraine, and that I speak for the President, for the Secretary of State, for our country.”

Yovanovitch was recalled from her ambassador post in May.

When she returned to DC, she met with acting Assistant Secretary of State Philip Reeker, who told her she needed to “leave as soon as possible. … The President had been— had wanted me to leave since July of 2018 and— or the summer, I should say, the middle of the summer of 2018—and that the Secretary had tried to protect me but was no longer able to do that,” she testified.

“I was shocked,” Yovanovitch added, saying that while Reeker did not tell her what concerns the president had about her, “there was just a general assumption that it must have to do with the information that [former Ukrainian prosecutor general Yuriy] Lutsenko provided to Mr. Giuliani. But we really didn’t get into that because, you know, we, Phil and I had—or Ambassador Reeker and I had had previous discussions about this. And, yeah, there just didn’t seem to be much point.”

Deputy Secretary of State John Sullivan told Yovanovitch that the reason she was being recalled so quickly was because “they were worried that if I wasn’t, you know, physically out of Ukraine, that there would be, you know, some sort of public either tweet or something else from the White House. And so this was to make sure that I would be treated with as much respect as possible,” she testified.

Yovanovitch also testified that she was “shocked” to Trump and Zelensky openly disparaging her in the July 25 call, after the White House released a non-verbatim transcript of the conversation in late September.

“I was very surprised … that I would feature repeatedly in a Presidential phone call, but secondly, that the President would speak about me or any ambassador in that way to a foreign counterpart,” she told Congress.

In the call, Trump referred to Yovanovitch as “bad news.” Zelensky later told Trump, “It was great that you were the first one who told me that she was a bad ambassador because I agree with you 100%,” according to the White House’s record of the July call.

Trump later told Zelensky, “Well, she’s going to go through some things.” Asked about that quote in particular, Yovanovitch told congressional investigators she wasn’t sure what Trump meant (the call came after she’d been recalled as ambassador, though she still works for the State Department), but she was and still is “very concerned.”

McKinley had served as a senior adviser to Secretary of State Mike Pompeo before he resigned in October. McKinley told congressional investigators that he resigned both because of the administration’s request for dirt on political opponents and because Pompeo and the State Department weren’t doing enough to support employees who had been named in the Ukraine investigation.

“Frankly, to see theemerging information on the engagement of our missions to procure negative politicalinformation for domestic purposes, combined with the failure I saw in the building toprovide support for our professional cadre in a particularly trying time, I think thecombination was a pretty good reason to decide enough, that I had—I had no longer auseful role to play,” he said, according to the transcript of his testimony.

On Tuesday, the committees investigating impeachment plan to release transcripts from two other key officials in the impeachment inquiry — Kurt Volker, the former special envoy to Ukraine, and Gordon Sondland, the US ambassador to the European Union. The two men played a central role in text messages already released by House Democrats which laid out the groundwork for a quid pro quo between Trump and Ukrainian President Volodymyr Zelensky. Volker’s prepared remarks to the committees were published by BuzzFeed News last month.

Emma Loop contributed to this story.

This is a developing story. Check back for updates and follow BuzzFeed News on Twitter.‏