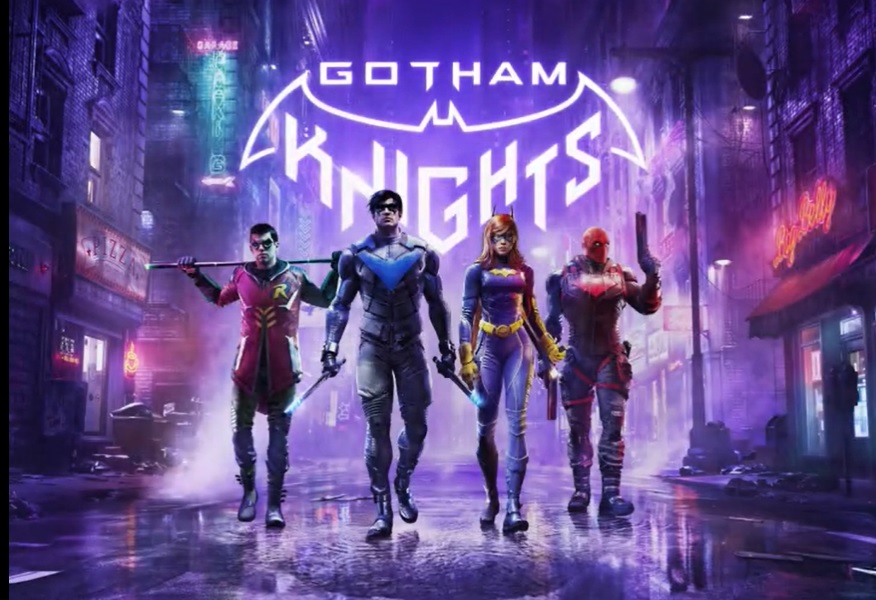 A reader defends Gotham Knights and argues that its poor reputation is due primarily to people that have never played it.

Complaining about things you haven’t experienced is something that was probably going on in caveman times. Without wanting to get too political I’ll limit my comments to the world of entertainment and say that since time immemorial people have been venturing opinions about movies they’ve never seen or games they’ve never played. This has got much worse during the internet era because it’s so easy to look up information and watch sections of a film or game, that allows you to lie much more convincingly about whether you’ve done something or not.

The problem with this is that context is everything. Movie scenes can seem to have a completely different context if you only watch a small section of a scene. Even more so if you slow it down and turn it into a soundless gif – for those people who seem to think they have uncovered some great secret of the universe when they’re able to prove that, actually, those stuntmen in that action scene weren’t actually trying to murder each other for real.

Since games are so much longer, there’s rarely a specific gotcha moment and instead the herd mentality takes over. Like some injured antelope out on the plains, it’s always the most vulnerable games that get the brunt of it. The ones no one was particularly looking forward to, didn’t have very good marketing, and didn’t review particularly well. This year’s victim, that fits all those criteria, is Gotham Knights.

Unlike most of the people that have piled onto the game I have played Gotham Knights from beginning to end and found it very enjoyable. It’s not perfect, it’s true, as the comparisons to Batman: Arkham are not favourable in terms of combat or stealth. Gotham Knights isn’t terrible at either, but the game as a whole is not as focused on such things and embraces the open world concept a lot more than the Arkham games.

The storytelling gets off to a rocky start but once you settle into it, it’s all very good and I found it very interesting, with some proper character development and unexpected twists. The mission variety is good, with each of the four characters having very different abilities, in and out of combat. Best of all is the two-player co-op, which works extremely well, better than I have ever seen for this type of game.

None of this is usually mentioned in the dogpile the game has received from people, who have suddenly decided, out of the blue, that because it is only 30fps it is virtually unplayable and a personal insult to gamers everywhere. I’m willing to bet that most have no idea how you can tell the different between 30fps and 60fps. Or, perhaps most absurdly, the fact that almost every game they’ve been playing for the last 20 years, until the start of this new generation, has been 30fps.

Gotham Knights has some small performance issues – that 30fps is not rock solid – but it’s absolutely nothing compared to some of the true disgraces we’ve had over the years. But, as others have pointed out, arguing over whether 30 or 60 is better is very easy and so people love to do it. Especially as they know most of their audience don’t really understand what it is anyway, and so can’t argue back.

And so a flawed game has been dunked on for the one fault that doesn’t make any difference to whether it’s good or not. To me this is the latest depressing example of how poor the discussions around video games have got. Nobody’s interested in discussing the story issues in Gotham Knights or what is better and worse about the combat, they just want to point and laugh at the fact it’s 30fps in the hope that will make them look clever.

People wanting to look clever on the internet is responsible for so much that’s wrong in the world right now and it’s getting me down. I don’t know who you are, you don’t know who I am. At least if this was real life you’d be able to laugh in my face or something, but instead people just trot out arguments and memes they’ve seen elsewhere in the hope they will ‘win’ the argument.

I’m not saying Gotham Knights is a great game, I’m not even suggesting you play it. Although I imagine it’ll be dirt cheap during Black Friday, so it would be worth a go in that instance. What I am saying is can we argue about things that matter from a place of personal experience? It’s so much more interesting that way.