Most plays aren’t masterpieces. As audiences emerge from lockdown and return to normal, there’s comfort in seeing a show that may not be great, but isn’t bad, either. 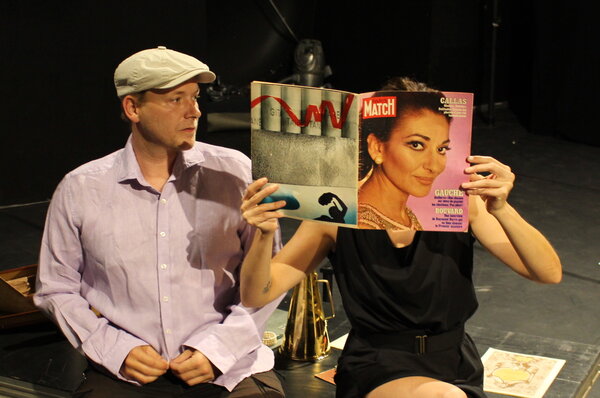 PARIS — In times of crisis, we want theater to be powerful, hard-hitting, relevant — even more so now, when artists in many countries have to justify why audiences should be allowed to gather and watch them perform.

Yet, more often than not, theater is none of these things. Not all productions can be showstoppers, as a series of short performances held outdoors in Paris last weekend suggested. Most were fine, rather than striking or memorable, yet with that caliber of work comes a sense of normalcy. Here was adequate entertainment — and right now, there is pleasure in that, too.

The shows were part of “Un Été Particulier” (“A Special Summer”), a season of 200 artistic events initiated by the city of Paris as a post-pandemic boost to arts workers and locals. The programming included eight theater productions that were first planned for July at the Avignon Fringe, the open-access festival that runs alongside the Avignon Festival, France’s biggest theater event.

The companies selected all came from the Paris region, and the performances took place on makeshift stages, in courtyards and gardens, to audiences of roughly 50. They went from mediocre to surprising and stimulating — exactly like the Fringe itself.

Take “Callas, Il Était Une Voix” (“Callas, Once Upon A Voice”), a stage biopic of Maria Callas written by Jean-François Viot and directed by Cyril Le Grix. Under the guise of an interview with a journalist (Thibault Corrion), during which the singer looked back on her life, the play turned out to be almost comically fawning.

In the lead role, Irina Solano didn’t sing, though she did a lot of gazing into the distance and speaking over recorded performances. The focus in many scenes was not on Callas’s art, but on her private life and feelings, especially when her lover, Aristotle Onassis, leaves her to marry Jacqueline Kennedy. Near the end, the journalist gushed, “You reminded people that there had to be hope, since there was something to admire.” The sentiment is earnest, but perhaps a little naïve these days.

“Boxing Shadows,” directed by Isabelle Starkier, was far more consistent, even with several interruptions by rain in the courtyard of a Paris town hall last Saturday. The play, commissioned for the Avignon Fringe, was written by the Australian playwright Timothy Daly, who collaborates regularly with Starkier. 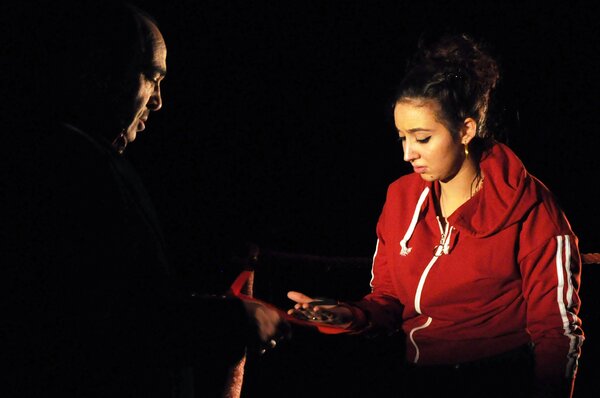 It pits a Paris librarian against a young female pickpocket, who spouts abuse about “the Arabs” in the city yet turns out to be an illegal immigrant herself. The plot is uneven, with details about life here that are off the mark. (You would have to be a very busy pickpocket to afford an apartment in central Paris.) Still, the relationship between the two characters, who bond over boxing training sessions, was carefully and lovingly charted. Roland Timsit and Clara Starkier, the actors who played them, brushed off the weather interruptions impressively.

Like most of the theater events that have taken place in France during this very special summer, this Paris festival also included some family-friendly productions. “The Legend of Tsolmon,” based on a Mongolian folk tale, was billed as a concert rather than a play, but it set up its characters more warmly and convincingly than any of the other shows I sampled.

It capitalized beautifully on a French-Mongolian duo, Susanna Tiertant and Mandakhai Daansuren, who perform under the name Gobi Rhapsodie. Daansuren is trained in overtone singing and morin khuur, a Mongolian instrument also known as the horsehead fiddle. “The Legend of Tsolmon” is a charming origin story for the instrument, in which a young male character receives the gift of a magical horse from the woman he loves.

The playful dynamic between the effervescent Tiertant, a born storyteller, and the captivating Daansuren, who spoke both Mongolian and French onstage, added to their musical dialogue. They come from different traditions, yet they never clashed. Instead, Tiertant’s voice and other instruments, like the accordion, added shimmering layers of meaning to each Mongolian song.

The Fringe productions weren’t the only stage shows on offer as part of “A Special Summer.” Some new productions were scheduled in other Paris venues, sometimes at the last minute, including two of the first theater works presented here to tackle the coronavirus lockdown.

“Les (Dé)confinés” (“Out of Lockdown”), directed by Maud Watel Kasak, was a small-scale offering on a square right by the Louvre, but it managed to pack a lot of material into 45 minutes. The four actors, who each started the show within a socially distanced space drawn on the floor, painted a picture of four people under lockdown, including a performer and a social worker.

The result had a work-in-progress feel, but the strong and diverse cast brought a welcome gift for comedy to several scenes. One in particular, about a pesky, overeager bar owner welcoming customers again after lockdown, clearly resonated with Parisian spectators.

“Eros en Confinement” (“Eros Under Lockdown”), presented in front of the Espace Cardin, where the Théâtre de la Ville is based while its main stage is under renovation, was more reckless in its attempt to make sense of this year, to the point that the director, Lazare, apologized to the audience afterward in case anyone was “shocked.”

There was no need: Parisian theatergoers don’t scare easily, and no one batted an eyelash as he chomped on dead leaves and licked the bare feet of his partner, the dancer and choreographer Jann Gallois.

While the performance’s structure was set in advance, a lot of “Eros Under Lockdown” was improvised. Luckily, Lazare is a brilliant, Dionysian orator. His rants about ancient gods, ruins and lockdown, with double-entendres thrown in on the fly, may not have been very consequential, but they were certainly entertaining.

Meanwhile, Gallois anchored the performance. With Lazare’s help, she entered by walking horizontally on the facade of the Espace Cardin, one arm wrapped around her partner’s shoulders for support — a quietly poetic moment.

The combination of the pair’s very different energies was intriguing enough to sustain attention, even though “Eros Under Lockdown” didn’t really say much about the lockdown at all. “It’s important to reinvent how we work, to test out our freedom,” Lazare told us after the show.

The result may or may not have hit the mark, but it didn’t have to. After months of uncertainty, watching theater that is just good enough is already comforting — and not something to be taken for granted.

END_OF_DOCUMENT_TOKEN_TO_BE_REPLACED

END_OF_DOCUMENT_TOKEN_TO_BE_REPLACED
We and our partners use cookies on this site to improve our service, perform analytics, personalize advertising, measure advertising performance, and remember website preferences.Ok