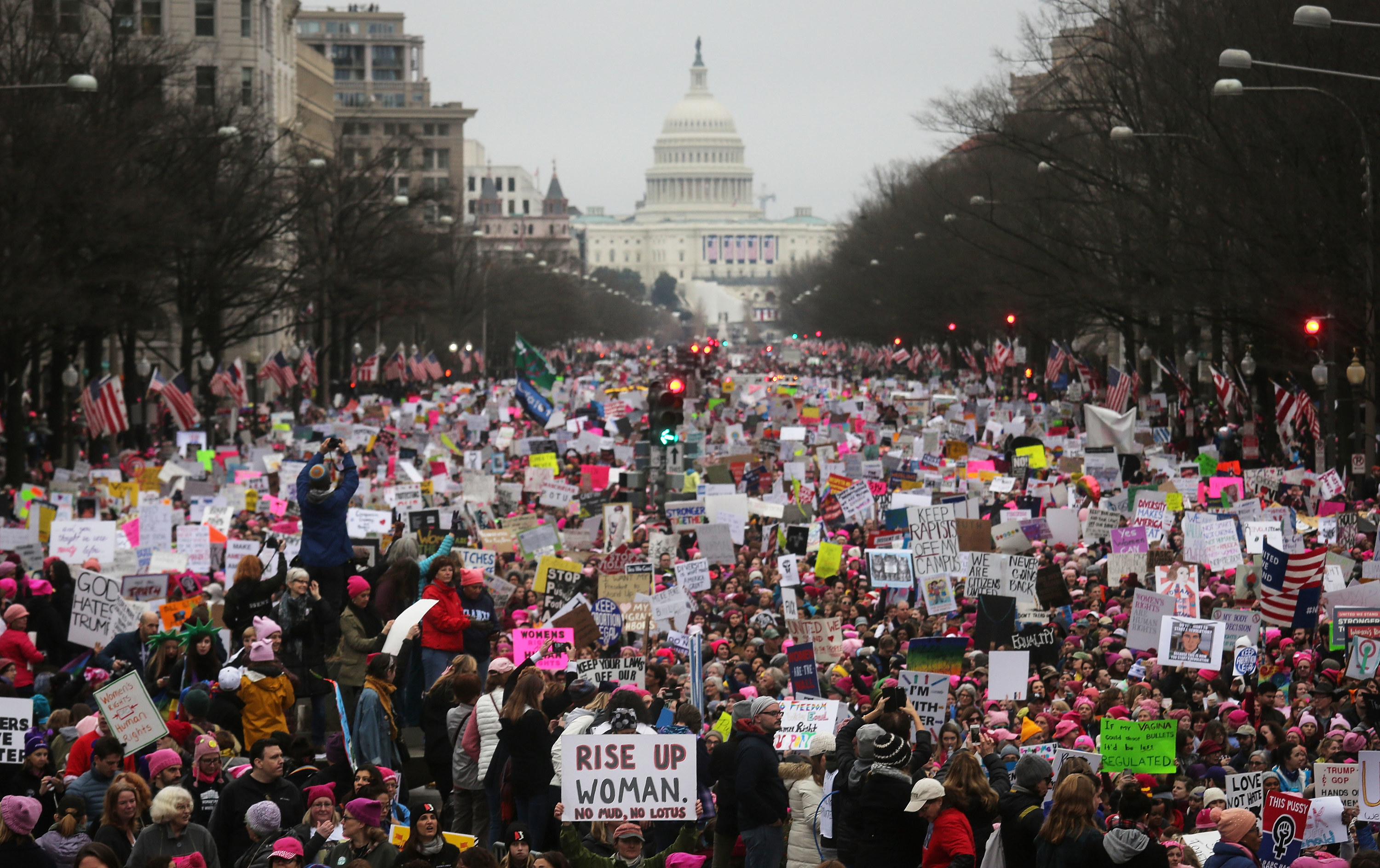 The National Archives has apologized for altering a photo of the 2017 Women’s March, including blurring out protest signs criticizing President Trump, to promote an exhibit honoring the women’s suffrage movement.

Though initially saying the photo was altered to avoid “political controversy,” the museum acknowledged in a statement Saturday that it “made a mistake.”

The altered image was first flagged by Washington Post reporter Joe Heim, who noticed during a visit to the National Archives museum in Washington, DC that the photo, which was hung at the entrance of the women’s suffrage exhibit, featured several protest signs that had been partially blurred.

After comparing the museum’s version to the original photo, which was taken by Getty Images photographer Mario Tama the day after Trump’s inauguration, Heim found that several signs critical of Trump had been blurred to remove the president’s name, in addition to signs referencing “vagina” and “pussy.”

The museum originally defended its decision to alter the image in a statement sent to the Washington Post.

“As a non-partisan, non-political federal agency, we blurred references to the President’s name on some posters, so as not to engage in current political controversy,” Archives spokeswoman Miriam Kleiman said. “Our mission is to safeguard and provide access to the nation’s most important federal records, and our exhibits are one way in which we connect the American people to those records. Modifying the image was an attempt on our part to keep the focus on the records.”

The museum said in the same statement that it blurred references to women’s genitals because they could be perceived as “inappropriate” by museum visitors.

BuzzFeed News’ inquiries to the National Archives were not immediately returned Saturday.

“Nonetheless, we were wrong to alter the image,” the National Archives said in its statement. “We have removed the current display and will replace it as soon as possible with one that uses the unaltered image.”

The museum resolved to prevent images from being altered in the future.

“We apologize, and will immediately start a thorough review of our exhibit policies and procedures so that this does not happen again,” it said.