The National Records of Scotland released the final document on Queen Elizabeth II’s life on Thursday, which revealed her cause of death at the age of 96. The Queen passed away from old age on Sept. 8, 2022, at 3:10 p.m. at Balmoral Castle in Scotland.

There were other small details shared with the release of her death certificate that showed it was her daughter, Princess Anne, who was the informant of her death. Anne had previously mentioned in a statement that she spent “the last 24 hours” of her mother’s life with her, adding, “it has been an honour and a privilege to accompany her on her final journeys.”

Prince Philip, who died in April 2021 of old age at 99, is also listed on the document as “His Royal Highness, The Prince Philip, Duke of Edinburgh,” as are her parents, King George VI and Queen Elizabeth, The Queen Mother. The most epic section on the certificate is where her occupation is noted: “Her Majesty The Queen.” After a 70-year reign, she left behind quite a legacy on the throne, but it was her loving family, including her four children, eight grandchildren, and 12 great-grandchildren, that she was most proud of.

King Charles III celebrated his mother’s life upon her passing with an emotional statement. “The death of my beloved Mother, Her Majesty The Queen, is a moment of the greatest sadness for me and all members of my family. We mourn profoundly the passing of a cherished Sovereign and a much-loved Mother,” he said. “I know her loss will be deeply felt throughout the country, the Realms and the Commonwealth, and by countless people around the world. During this period of mourning and change, my family and I will be comforted and sustained by our knowledge of the respect and deep affection in which The Queen was so widely held.” Queen Elizabeth II’s mark on history will be felt for generations to come.

Before you go, click here to see our favorite of Queen Elizabeth’s fashion moments! 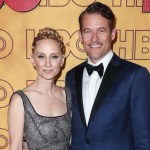