Prince Harry’s upcoming memoir, Spare, will be released in 70 days and the royal family is reportedly getting nervous about the contents of the book. They apparently have legal representatives itching to get their hands on an advance copy, but it’s being kept under lock and key until its publication.

According to The Mirror sources, palace “lawyers are on standby” because they are concerned Harry’s stories will be “nuclear” to the royal family as well as being “critical of everyone and everything.” However, no one should be “dreading” the contents of the book unless they did something wrong, which seems to be the real reason everyone is up in arms. The Duke of Sussex isn’t interested in keeping palace secrets anymore — he’s breaking the harmful cycle.

A royal insider noted that King Charles II is staying on his toes as this will be his first major challenge on the throne. “Palace lawyers will undoubtedly be on standby in the new year waiting to see what is in it. If Harry’s previous allegations across numerous TV interviews are anything to go by, this will be nuclear,” they explained. “Regardless of the content, which will no doubt be explosive, there will be little chance of this acting as a vehicle to reconciliation for Harry and Meghan.”

While everyone is focused on Harry’s book, royal watchers seem to be forgetting that he and Meghan Markle have a Netflix docuseries coming out in December. That could set the tone — either positively or negatively — for the reception of the Duke of Sussex’s book. It’s going to be a wild holiday season for the royals as they navigate their first major royal drama without the calming presence of Queen Elizabeth II.

Before you go, click here to see all the best celebrity memoirs you can read right now. 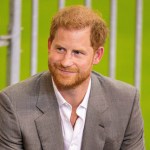