On 29 January 2020, I went to the London Palladium to see Madonna perform her Madame X show. She made the 2,297-seat theatre feel as intimate as a downtown cabaret club. She came down into the audience, sat next to fans, had a chat, swigged beer from their plastic bottles. It was all very cosy.

On Thursday, I was back at the Palladium to watch Beverley Knight and her band perform. What a difference six months make.

The shows were polar opposites. Bev was pitch-perfect, Madonna was not. Bev moved around the stage with dynamism and grace, an injured Madonna hobbled. Bev’s banter had everyone cheering, Madonna’s left us feeling a bit awkward.

Madonna’s show was better. Not because she was better, she wasn’t, but because we, the audience, were better. That’s nobody’s fault. It’s down to the wretched virus and the associated social distancing rules. 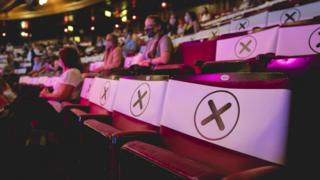 Madonna performed to a full house, Beverley Knight had the unenviable task of performing to row upon row of empty seats, consisting of about 1,650 plush pink chairs occupied by black crosses on white paper rather than people. There were 640 of us with tickets, whom Andrew Lloyd Webber in a pre-show welcome cheerfully described as guinea pigs.

He was making the premise for the show quite clear – it was not so much about entertainment, more about being part of a series of official experiments to see if a major indoor venue such as the Palladium could manage the logistics of putting on a socially distanced show. 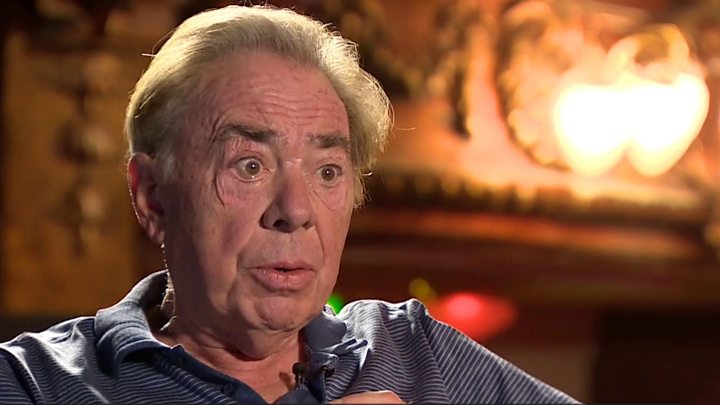 It was a strange affair.

The wearing of facemasks was obligatory, as a fellow journalist discovered when he surreptitiously let his slip mid-show, only for a (masked) usher to sidle up and insist he pull it back up.

Notwithstanding debates about the effectiveness of masks, I found the compulsory measure reassuring, while accepting it subdues the atmosphere: a gig without atmosphere is like a joke without a punchline – it can fall a bit flat.

The social distancing worked well, in so much as we were so spread out (unless you’d bought a pair of tickets to sit together) that you’d need the vocal projection of Brian Blessed to communicate with your neighbour. The only snag with that is live entertainment is all about a sense of shared experience, which is pretty much non-existent in a huge auditorium with people scattered about like ships on the ocean.

The net result was a feeling of watching a rehearsal rather than a show. There wasn’t the tension in the air you normally get at a gig, or the union between performer and crowd.

Not that Bev didn’t give it her best – she was fantastic. But how weird it must have been for her, staring out at hundreds of pieces of paper, in between which was the occasional mask-wearing punter whose facial expressions were impossible to read or respond to. In the circumstances, she was five-star brilliant.

The way in which she tore into Piece of My Heart would have made Janis Joplin proud, while a full-bloodied cover of the Rolling Stones’ Satisfaction was a highlight.

The stand-out moment, though, was her rendition of Memory from the musical Cats – a number she’d performed many times on the same stage when playing Grizabella in Lloyd Webber’s long-running show. She nailed the song, which you’d expect. But what caught her by surprise was the audience reaction.

We rose as one to give her a spontaneous standing ovation, which caused her to pause, wipe away a tear, and walk away to gather herself. In retrospect it’s easy to see why. She was two-thirds of the way through her set, and because we were wearing masks had no clue about how she was doing. We were loving it? Hating it? Bored? Who knew? Not Bev.

We were as non-communicative as those cardboard cut-outs in today’s football stadiums. Until, that is, we did something impulsive to demonstrate our appreciation, acknowledging she was touching us from afar (safety measures dictate that performers must stand several metres away from the front of the stage).

It was a moment of ‘liveness’ that makes theatre and concerts so unique and important. You can stream Memory a million times, but it’ll never be as good as it was at 3:46pm on 23 July 2020 at the London Palladium.

It proved to be a cathartic experience for both singer and audience, who found a way to bond as Bev and her well-tuned band powered through I’m Every Woman and Come As You Are. The show stopped with a showstopper: an a capella cover of Ben E King’s 60s hit Stand By Me.

Did the experiment work? Can a venue such as the Palladium manage the logistics of a socially distanced show? The answer to that appear to be yes.

Will it be a template for the future? Beverley Knight and Andrew Lloyd Webber hope not, because as far as they are concerned it doesn’t work artistically or commercially. So, it’s hopeless really.

Was this test better than nothing? Yes. But then what’s the point of testing something that is ultimately doomed to fail? The stark choice is simple: for most shows to go on, it will be a case of all or nothing.

Recent reviews by Will Gompertz