The T List: What to Visit, Eat and Know About This Week

Welcome to the T List, a newsletter from the editors of T Magazine. Each week, we’re sharing five things we are eating, wearing, listening to or coveting now. We hope you’ll join us for the ride. (Sign up here, if you haven’t already, and you can reach us at [email protected].)

A 17th-Century Liqueur Perfect for Sipping, or Soups 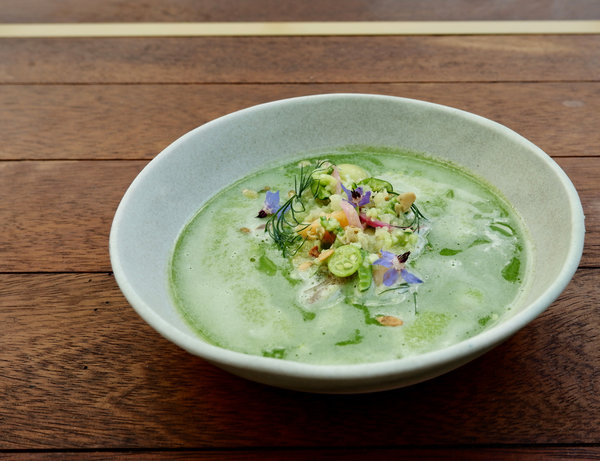 In 1605, an order of Carthusian monks living outside of Paris inherited a secret tonic recipe from a French diplomat that called for 130 different herbs and was thought to promote longevity. By 1764, they were selling a version of the concoction — also known as 110-proof green chartreuse — to residents of nearby villages. Now, in keeping with our wellness-obsessed food and drink culture, the earthy elixir has made the jump from the bar to the kitchen. In San Francisco, the Morris’s head chef, Gavin Schmidt, cures salmon in chartreuse to create a sort of alpine gravlax. Lincoln Carson, the chef of the new Los Angeles brasserie Bon Temps, tops escargots vol-au-vents with a take on persillade using green chartreuse; the “long, foresty notes” of the liqueur pair perfectly with snails. And chefs Nina Compton of New Orleans’s Compère Lapin and Lisa Giffen of Audrey in Los Angeles incorporate chartreuse into chilled melon soups. Compton uses yellow chartreuse to highlight the sweetness of the fruit, while Giffen garnishes a briny mix of clam and cucumber with a green-chartreuse-and-melon granita. It’s a complex dish that, in a single bite, takes you from the woods to the sea.

Since the 1970s, the artist known as Pope.L has made works that explore racism, poverty, class inequality and consumerism in ways that are sometimes satirical, often biting, but always strangely moving. He is best identified by his “crawls,” in which he drags himself, positioned on his stomach — occasionally dressed in a business suit or as Superman, either alone or with a large group of participants — along the path of a city street. His most ambitious performance of this nature will be on Saturday in New York City: More than 100 people will crawl a one-and-a-half-mile-long route from the West Village to Union Square, passing through the arch of Washington Square Park. (Anyone can watch along the route.) This will be the first part of a trio of complementary exhibitions this fall called “Pope.L: Instigation, Aspiration, Perspiration.” Also on the docket: On Oct. 10, the Whitney Museum will debut a Pope.L installation called “Choir” in its lobby gallery, and later next month, a retrospective of works that spans the years 1978 to 2001 will open at the Museum of Modern Art. This series is the highest profile exposure yet for an artist who has spent much of his career with his eye meticulously trained on the gutter.

An Easy Skin-Care Routine to Get Back on Track

Summer is meant for slowing down and unplugging, but my travels (somehow) took me around the globe — to Milan and Paris, for the men’s fashion shows, the Greek island of Hydra, Copenhagen, Provincetown (the latter three in the name of decompressing) and, finally, back to New York. There, I was reacquainted with my bathroom mirror — a bit harsher than any to be found in a hotel room — and I quickly noticed that my face was dry and blotchy because of overexposure to the sun, wind and salt water. Fortunately, I thought back to a tip from a good friend earlier in the year: I’d asked whether he’d done some sort of “procedure,” and he told me the change came not in the form of needles but in a half-dozen bottles from the German aesthetics doctor Barbara Sturm’s brand Molecular Cosmetics. For the past few weeks, I’ve been using the six products that make up her Men’s Discovery Kit ($175) — a cleanser, facial scrub, calming serum, super anti-aging serum, eye cream and face cream — each day along with spraying on her newer Hydrating Face Mist ($95) as needed. My overall skin tone is already much more even, and my shaving irritation has nearly disappeared. Best of all, I have one less thing to worry about as I gear up for, yes, my winter travels.

Breathtaking Garments and Bags From a Young Designer

Susan Fang began designing clothes at age 5, for the girls in her comic books. Born in Yuyao, China, she eventually settled in London, where she studied fashion at Central Saint Martins. After graduating, she spent two years gaining experience at Celine and Stella McCartney before founding her eponymous label in 2018. Characterized by naturalistic and geometric motifs, her otherworldly pieces include bags made from bubblelike glass beads and sheer pastel dresses. But perhaps her most notable constructions are her “airweave” pieces, made from strips of feather-light fabric (such as chiffon and yarn), that shape-shift as the wearer moves, creating the impression, in Fang’s words, that her garments “swim between two and three dimensions.” Although she is still based in London, Fang will show her spring 2020 collection tomorrow, in Milan, at the invitation of Sara Maino, the editor of Vogue Talents, a platform dedicated to emerging designers. Fang says the new range will be filled with optical illusions and unexpected materials for an effect that’s both ethereal and surreal. Meet five more emerging designers here.

The Best of the Medina, All in One Place

Shopping in the medina of Marrakesh can be equally exhilarating and exhausting. After the first two hours of walking through the narrow alleyways of the souk, passing by hundreds of tea glasses, sequined-covered straw bags and leather slippers, my initial delight soon turns to an agitated haze. So I was thrilled to hear that my favorite place to stay in the Red City, Riad Mena & Beyond — a serene white-walled hotel decorated with the perfect mix of midcentury-modern furniture and Moroccan handicrafts — had opened a boutique, the Pink Door. Inside, Riad Mena’s well-traveled owner, Philomena Schurer Merckoll, together with her friend Irineos Katsaros, the global visual creative at Vivienne Westwood, has designed an intimate aesthetic universe inspired by the best of Marrakesh: rugs from the carpet showroom Soufiane Zarib, hand-painted pottery by the home-goods studio Lrnce and photography from the respected Galerie 127. Plus, Schurer Merckoll has added favorite pieces from beyond Morocco, including clothing from the Paris-based line CristaSeya and tapestries by the up-and-coming French textile designer Louis Barthélemy. Not only is the store a celebration of Marrakesh’s innovative designers who are elevating Moroccan craft but, Schurer Merckoll told me, “it’s also about sharing all the talents of my friends.” By appointment, [email protected], 12 Derb Chorfa, Arset Loughzail, Marrakesh 40000, Morocco.

Watch the Making of a Giant Bejeweled Lemon 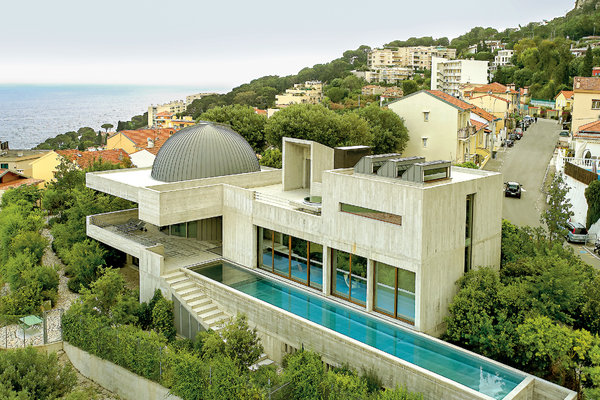