Time to talk. After nearly a month-long hiatus, The Talk is back. Sheryl Underwood, Carrie Ann Inaba, Amanda Kloots and Elaine Welteroth hosted a conversation about race during the Monday, April 12, episode, the first time the show has been back since Sharon Osbourne‘s controversial exit.

Sharon Osbourne’s ‘The Talk’ Drama: Everything We Know

Underwood, 57, introduced the show on Monday, letting viewers know what to expect.

“As you may know, during our break, Sharon decided to leave The Talk. We need to process the events of that day and what happened since, so we can get to the healing,” she stated. “Over the next hour, we will honestly discuss what occurred and explore some of our feelings. And we’ll also show you how anyone can become more comfortable discussing important issues and having difficult conversations. By the end of the hour, we want everyone to feel empowered and ready to move forward. So, let’s start talking.” 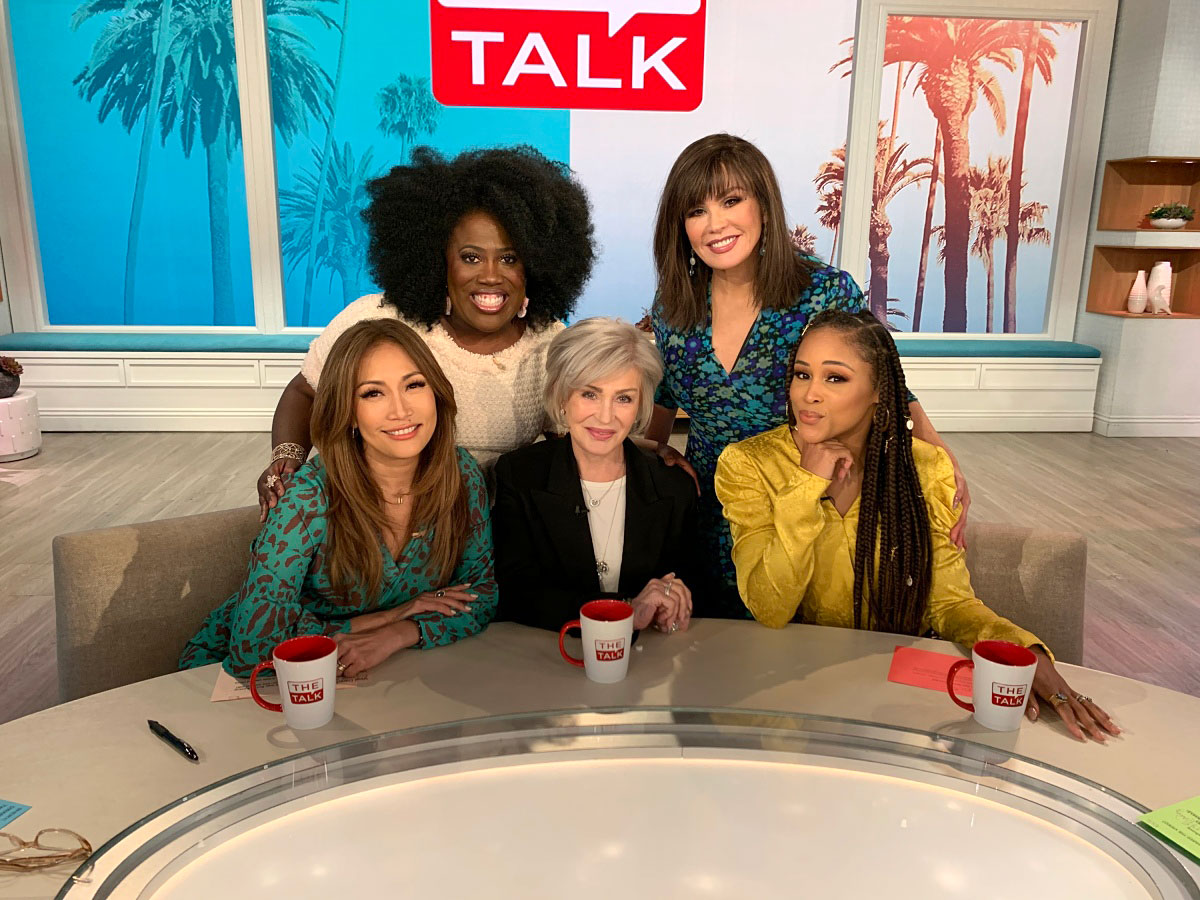 The talk show has been on hiatus since March 14, four days after a heated conversation between Osbourne, 68, and Underwood. During the March 10 episode, Osbourne defended longtime friend Piers Morgan, who was accused of being racist after saying he didn’t believe Meghan Markle‘s claims about experiencing racism during her time in the U.K.

‘The Talk’ Hosts Through the Years and Why They Left

Following the discussion, The Osbournes alum said she felt blindsided by her cohosts’ questions. “Sheryl turns around and asks me these questions and … she was reading it off a card. It wasn’t on my cards,” she told Entertainment Tonight, alleging that the group “had preparation” before the episode. “And then Elaine is reading her questions, and I’m like, ‘I’ve been set up. They’re setting me up.’ My anger was like, I cannot believe this. I’m your sacrificial lamb.”

After the episode, CBS launched an internal investigation, and the show went on hiatus. During that time, former cohost Leah Remini came forward with claims that Osbourne had used racist and homophobic slurs toward Julie Chen and Sara Gilbert — allegations the Extreme author denied.

On March 26, CBS announced that the former X Factor judge would not be returning to the show following an investigation.

“The events of the March 10 broadcast were upsetting to everyone involved, including the audience watching at home. As part of our review, we concluded that Sharon’s behavior toward her cohosts during the March 10 episode did not align with our values for a respectful workplace. We also did not find any evidence that CBS executives orchestrated the discussion or blindsided any of the hosts,” the network said in a statement obtained by Us Weekly. “At the same time, we acknowledge the network and studio teams, as well as the showrunners, are accountable for what happened during that broadcast as it was clear the cohosts were not properly prepared by the staff for a complex and sensitive discussion involving race.”

The former reality star spoke out for the first time following her exit on April 4, following Underwood claiming that she hadn’t heard from her since their fallout.

The Biggest Talk Show Controversies and Feuds Ever

In response, Osbourne shared alleged texts she sent to the comedian, dated March 12, March 15 and March 18. In the texts, released to Daily Mail, Osbourne apologized and said she considered her former cohost “a genuine friend.”