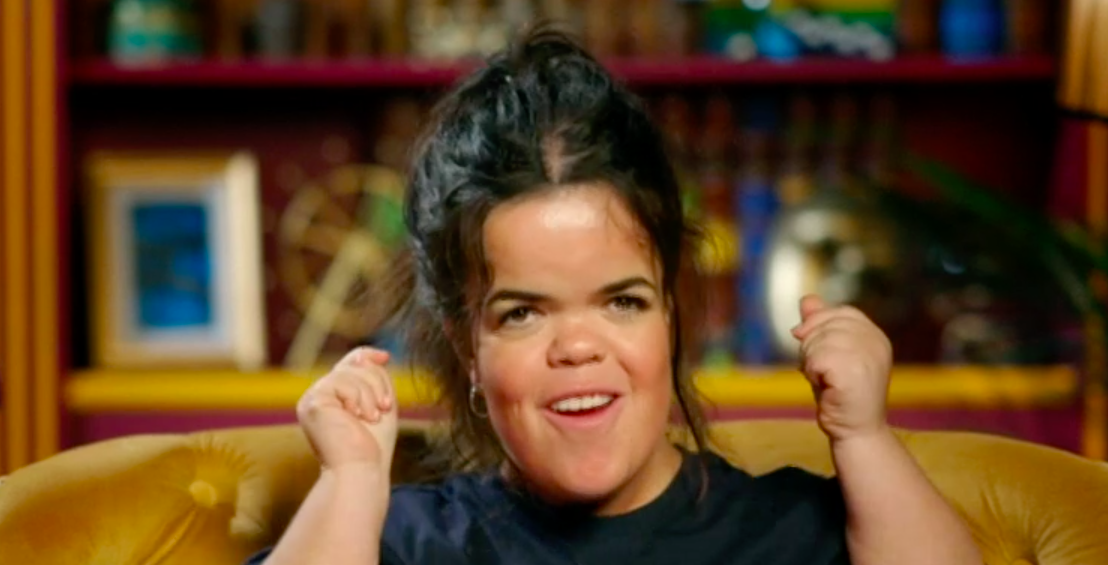 The whole idea of The Traitors is to play a game and not let it slip when you’re safe from murder, right? Well, Meryl Williams didn’t quite get the memo!

After completing the ‘truth hunt’ mission – which tasked contestants with guessing correct answers to questions relating to their fellow players – the winning team was granted access to the armoury.

Entrance into the armoury has become a sought after prize, perhaps more so than the money, as it offers players a chance to win protection from murder, should they find the golden shield.

But, the group decided early on to never announce to each other if they had immunity, since it would make it harder for the Traitors to choose their next victim.

Now, Meryl was happy to go along with this plan following her two unsuccessful trips to the armoury but, after finding the shield on her third, she ended up revealing her secret to someone she really should not have told.

In conversation with literal Traitor Wilfred Webster, Meryl’s mouth seemed to open before her brain could comprehend what she was about to say.

Unable to contain her excitement, she blurted out: ‘I’ve got the shield.’

Then, in shocking scenes, Meryl privately added: ‘My mouth gets me in trouble all the time and I really don’t know when to shut up. But I trust Wilf will my life.’

Yes, she trusts a Traitor with her life. Oh, Meryl!

Of course, her slip-up didn’t go unnoticed by viewers, who cringed as she unknowingly confided in the wrong person.

‘Oh Meryl! What have you just done?’, one said.

Another wrote: ‘Oh my god, Meryl. You just killed somebody.’

Plenty of Twitter users did see the funny side of the debacle, however, joking that Meryl is in the game purely for the ‘vibes’.

‘Meryl is just there for the vibes lol. I feel like she genuinely forgets to try to look for people. Too busy enjoying herself’, one joked.

‘I’d be rubbish at this, I’d be like Meryl: “I’ve got the shield”,’ laughed another.

A second added: ‘Wilf should have pushed for Meryl murder and not said about the shield so she would be convinced he wasn’t a traitor’.

But for how long will Meryl really be able to trust Wilfred ‘with her life?’ Time will tell…

The Traitors is available to stream on BBC iPlayer.