Yesterday, MTV announced the nominees for the 2019 VMAs. Among the most-nominated artists are Ariana Grande, Taylor Swift, and Billie Eilish. 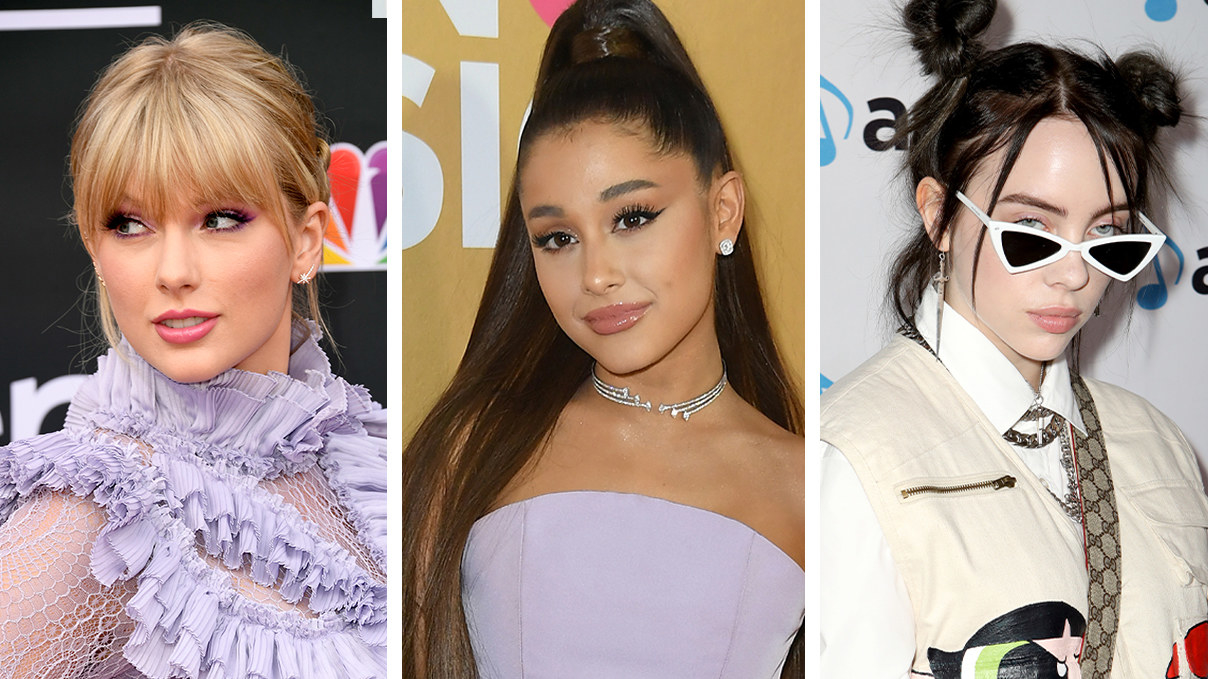 For the first time, the awards will also include a Best K-pop category, recognising songs from artists like Blackpink, BTS, EXO, Monsta X, NCT 127, and TXT. 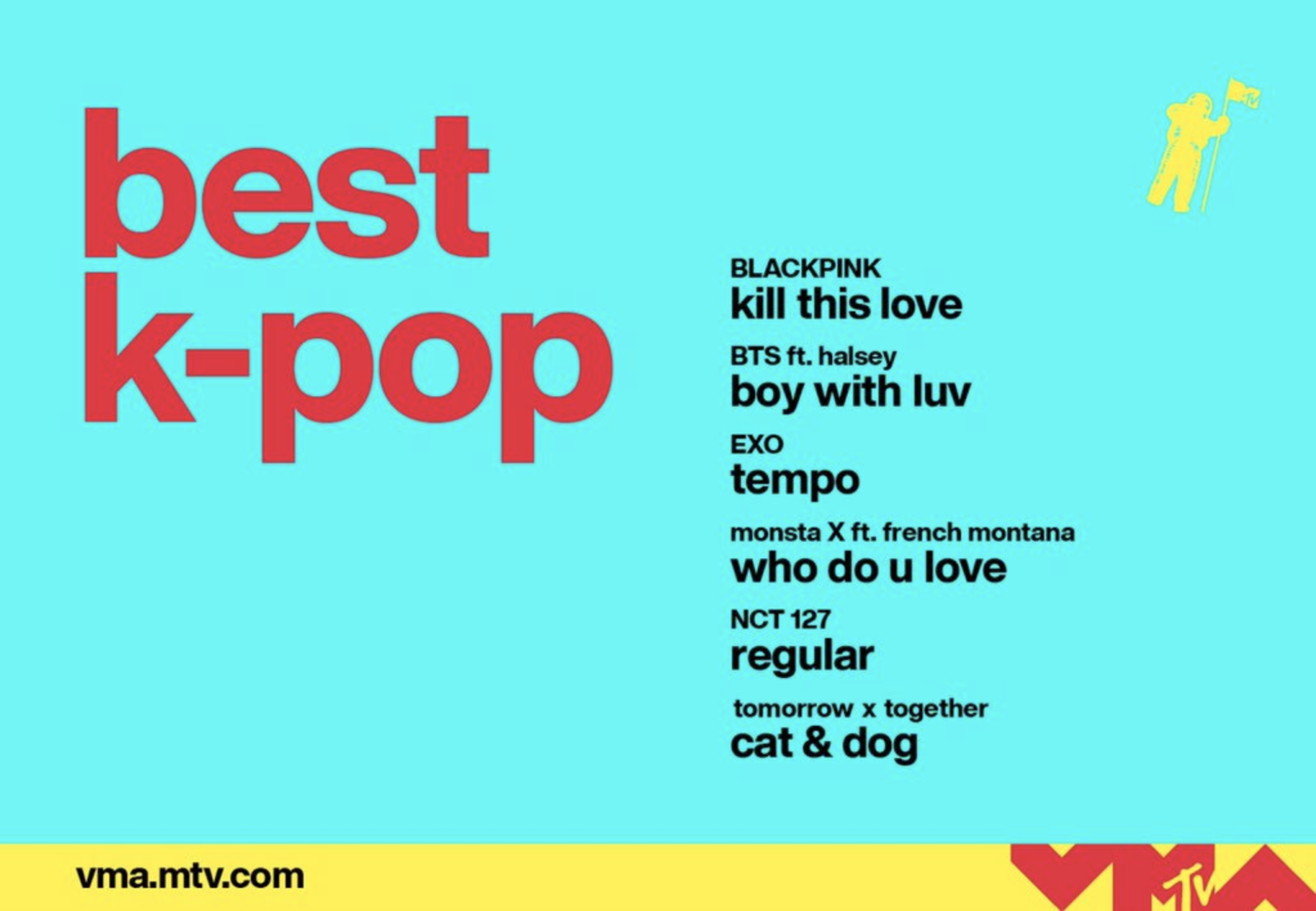 BTS have also been nominated in three other categories: Best Choreography, Best Art Direction, and Best Collaboration with Halsey.

But the introduction of the category has caused controversy among fans of the groups, who argue it unfairly separates the nominated artists from their western counterparts.

For context, both BTS’s “Boy With Luv” and Blackpink’s “Kill This Love” broke the YouTube record for the most-viewed video in 24 hours, but neither was nominated for Video of the Year or Song of the Year. 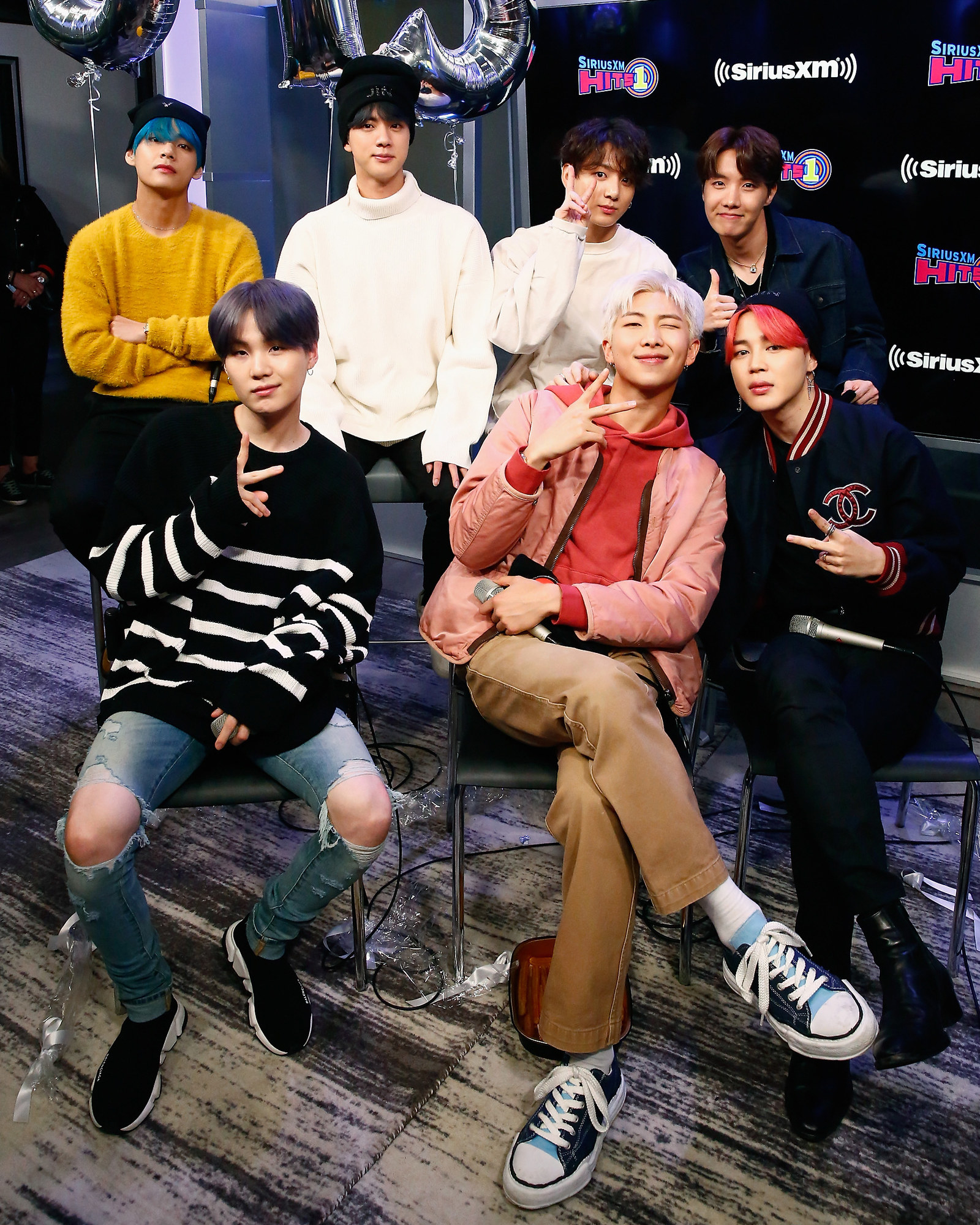 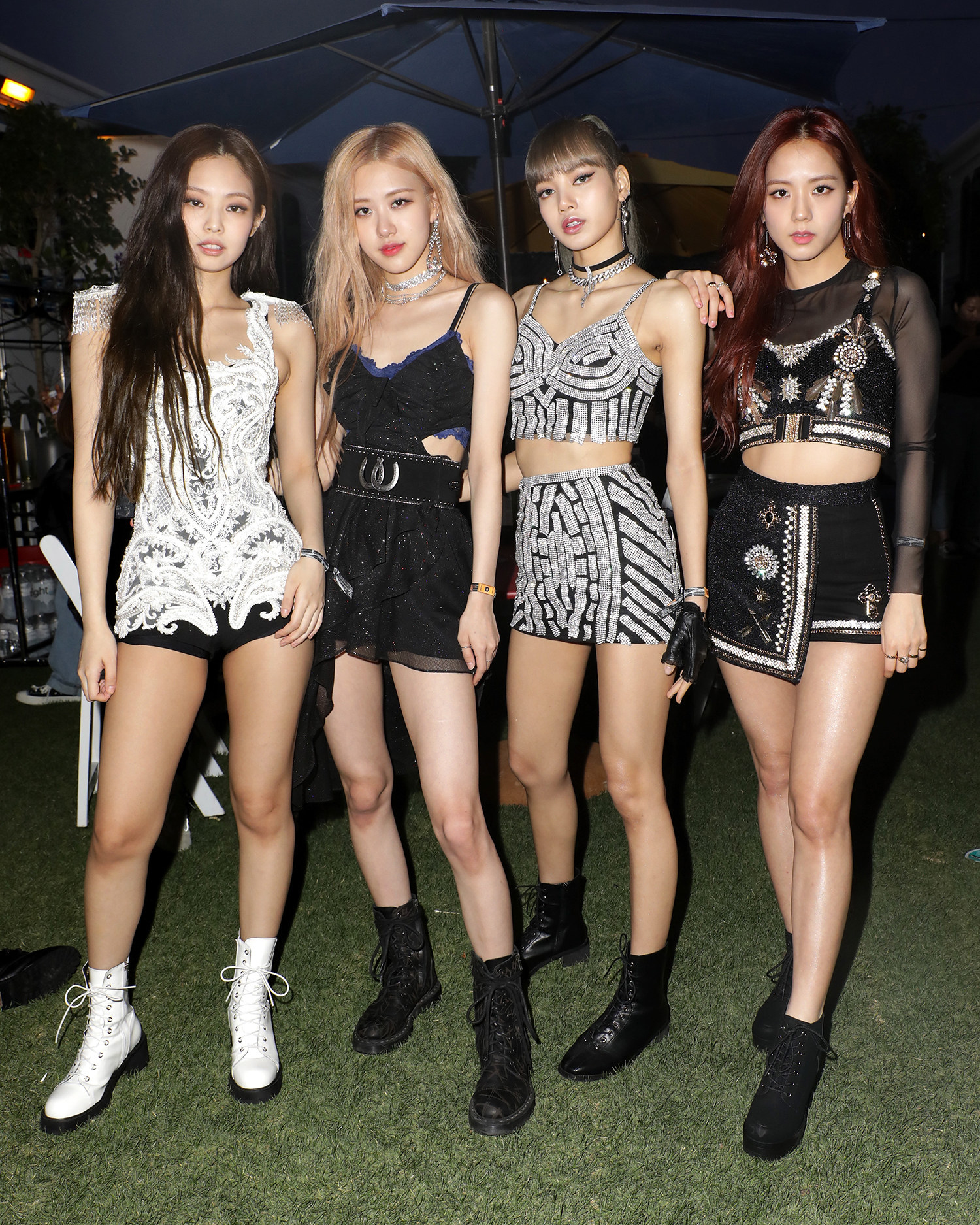 And BTS fans in particular are more than happy to provide the receipts of the band’s success over the last year, which unquestionably puts them at the same level if not above the nominees in categories like Artist of the Year. 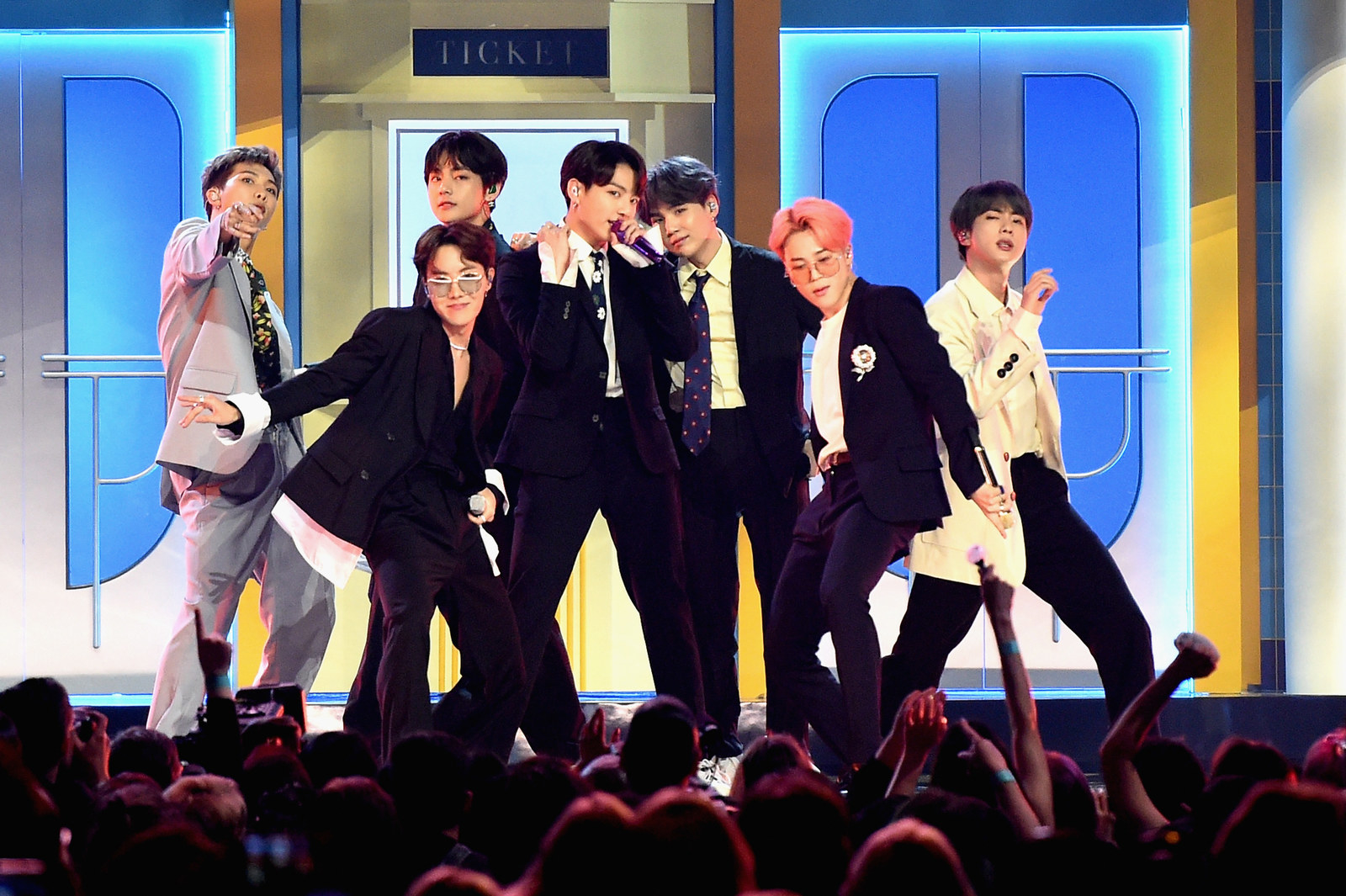 With the release of their EP Map of the Soul: Persona in May, BTS became the first group since the Beatles to achieve three No. 1 albums on the Billboard 200 within a single year. “Boy With Luv” was also certified platinum by the RIAA — their second song to do so in less than six months.

They also recently wrapped up the completely sold out American and European legs of their Love Yourself: Speak Yourself stadium tour.

So fans are arguing the K-pop category was created to “pigeonhole” artists like BTS, especially considering they aren’t nominated in any of the main categories despite their success.

The whole situation resulted in the hashtag #VMAsRacist trending on Twitter.

“They’re mainstream contenders in the industry,” one fan wrote. “This nomination reads as an attempt to section them off because everyone is afraid they’ll sweep the main awards if they’re given an opportunity.”

One person noted the photo accompanying the nominations for “Boy With Luv” when you vote on the VMAs website is focused on Halsey, and only shows two members of BTS.

Even in the K-pop category. 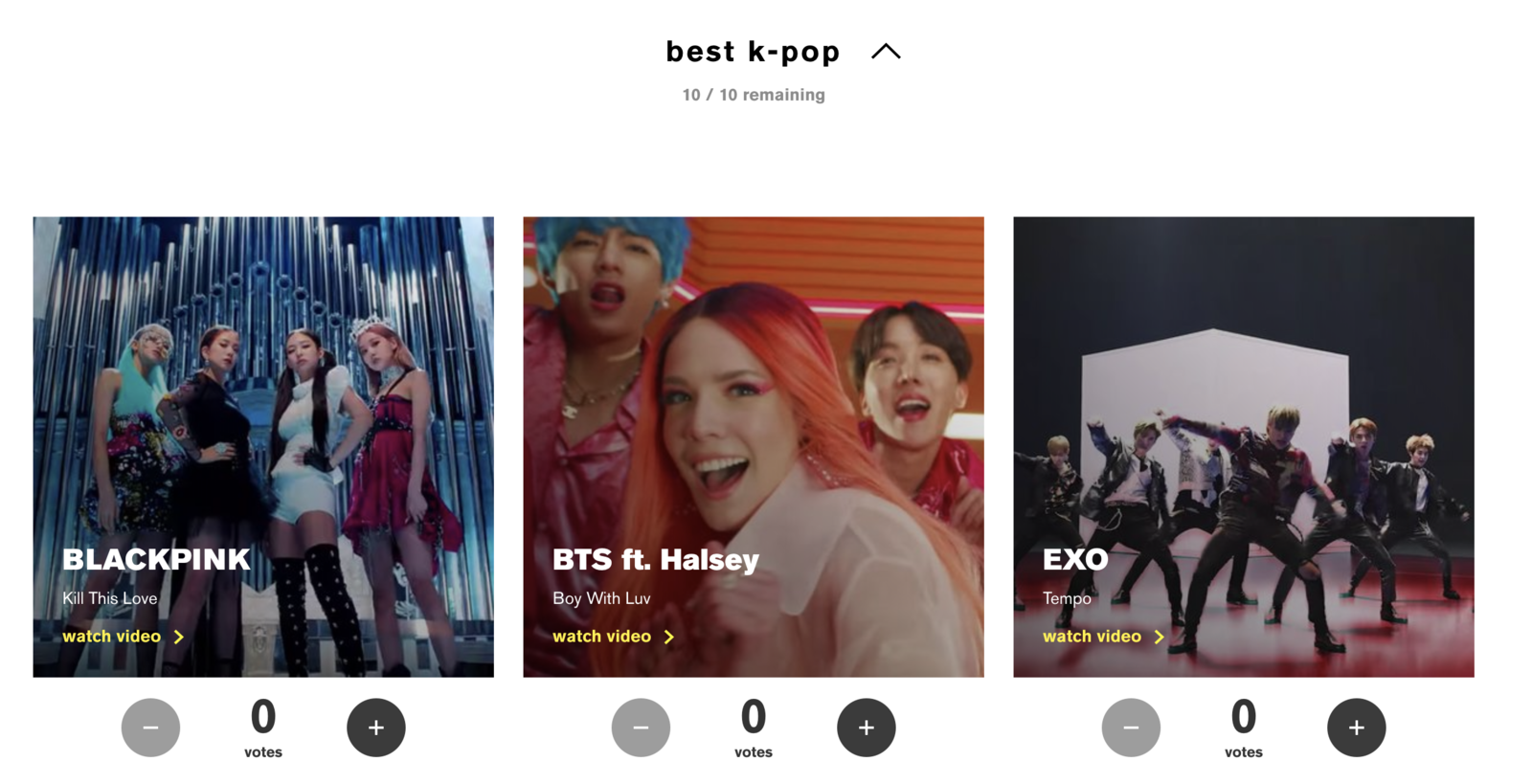 Several people pointed out that there aren’t separate categories for British or Australian artists.

And another said if the awards were fair, more K-pop acts would be nominated in categories like Best Choreography.

But that’s not the only issue fans have with the K-pop category. Many fans noted Monsta X’s “Who Do U Love” is sung entirely in English, suggesting the nominees for Best K-pop were chosen based only on their ethnicity. 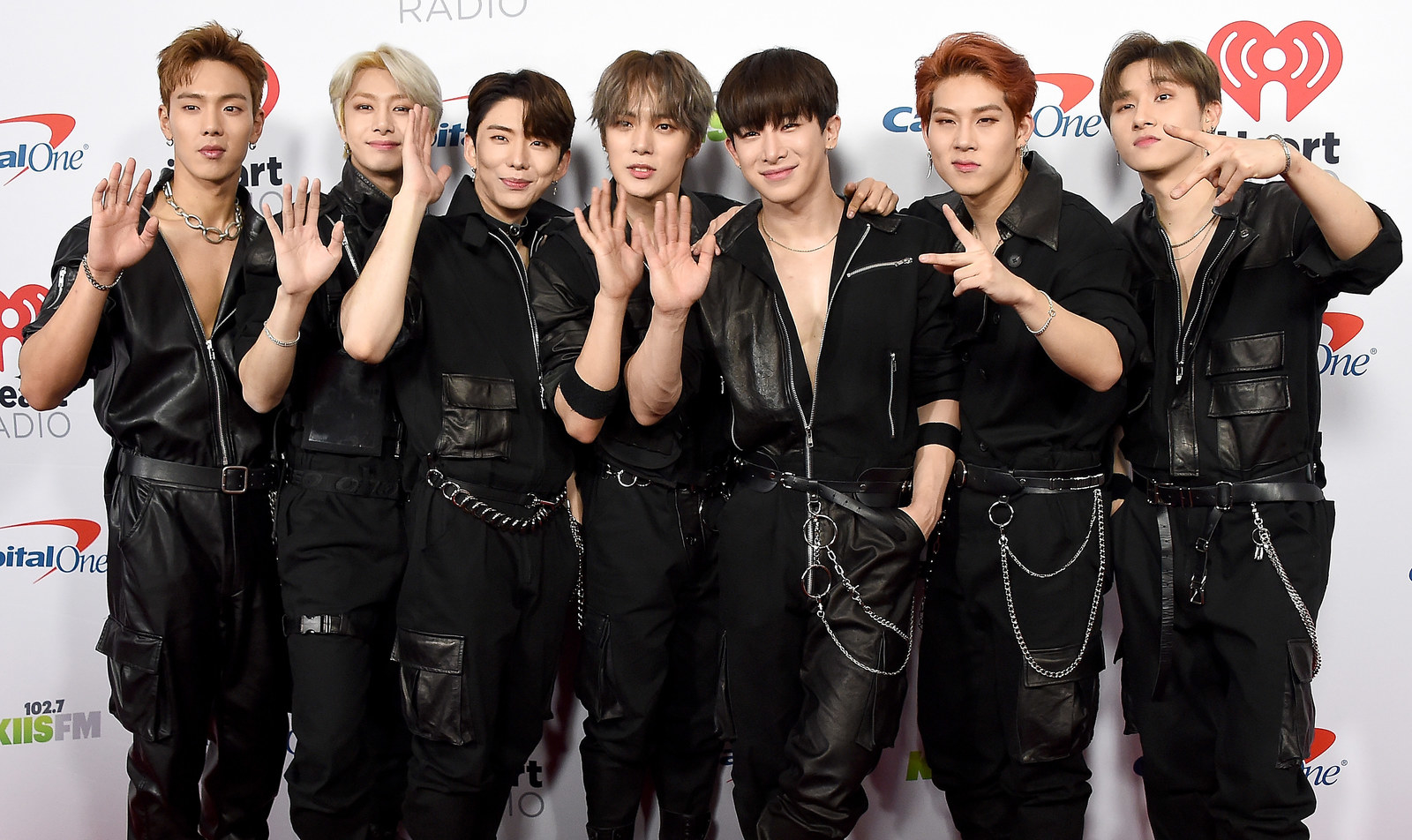 They also weren’t happy that the official MTV Twitter account tweeted congratulations to French Montana for his nomination in the K-pop category.

Meanwhile, others believed K-pop girl groups like TWICE and Red Velvet had been overlooked in the category, despite their recent success with songs like “Fancy” and “Zimzalabim”.

Representatives for MTV and the VMAs have been contacted for comment.

Ellie Bate is a celebrity reporter and talent coordinator at BuzzFeed UK and is based in London.