The name Zoë Roth might not ring any bells. But chances are you’ve seen her photo.

One Saturday morning in 2005, when Ms. Roth was 4 years old, her family went to look at a house on fire in their neighborhood in Mebane, N.C. Firefighters had intentionally set the blaze as a controlled fire, so it was a relaxed affair: Neighbors gathered and firefighters allowed children to take turns holding the hose.

Ms. Roth remembers watching the flames engulf the house when her father, an amateur photographer, asked her to smile. With her hair askew and a knowing look in her eyes, Ms. Roth flashed a devilish smirk as the fire roared behind her. “Disaster Girl” was born.

In the years since Dave Roth, Zoë’s father, entered it in a photo contest in 2007 and won, the image has been edited into various disasters from history, with Ms. Roth grinning impishly as a meteor wipes out the dinosaurs or the Titanic sinks in the distance. Now, after more than a decade of having her image endlessly repurposed as a vital part of meme canon, Ms. Roth has sold the original copy of her meme as a nonfungible token, or NFT, for nearly half a million dollars.

The meme sold for 180 Ether, a form of cryptocurrency, at an auction on April 17 to a user identified as @3FMusic. As with any currency, the value of Ether fluctuates, but as of Thursday, 180 Ether was valued at more than $495,000. The Roths retained the copyright and will receive 10 percent of future sales.

The market for ownership rights to digital art, ephemera and media known as NFTs, is exploding. All NFTs, including the “Disaster Girl” meme Ms. Roth just sold, are stamped with a unique bit of digital code that marks their authenticity, and stored on the blockchain, a distributed ledger system that underlies Bitcoin and other cryptocurrencies.

In the meme hall of fame, “Disaster Girl” ranks alongside “Ermahgerd,” a pigtailed teenage girl posing with “Goosebumps” books; “Bad Luck Brian,” immortalized in a grimacing yearbook photo with braces; and “Success Kid,” a toddler on a beach with a clenched fist and an expression of intense determination.

In an interview, Ms. Roth said selling the meme was a way for her to take control over a situation that she has felt powerless over since she was in elementary school.

Before making the decision to sell, Ms. Roth consulted “Bad Luck Brian” himself — his real name is Kyle Craven — and Laney Griner, the mother of “Success Kid.”

“It’s the only thing that memes can do to take control,” Ms. Roth recalled Mr. Craven telling her.

“Disaster Girl” memes have spread far and wide. Once, a group from Poland asked permission to use the meme for educational material about a dying Indigenous language. Someone in Portugal sent Ms. Roth pictures of a mural with the meme.

“You just make it fit however you want to fit it,” she said. “I love seeing them because I’d never make any of them myself, but I love seeing how creative people are.”

Over the years, she’s seen hundreds of iterations of her picture. One shared last summer during racial justice protests was among her favorites, she said.

“Once it’s out there, it’s out there and there’s nothing you can do about it,” Mr. Roth said. “It always finds a way to stay relevant with whatever new kind of awful, terrible bad thing is happening, so I’ve laughed at a lot of them.” 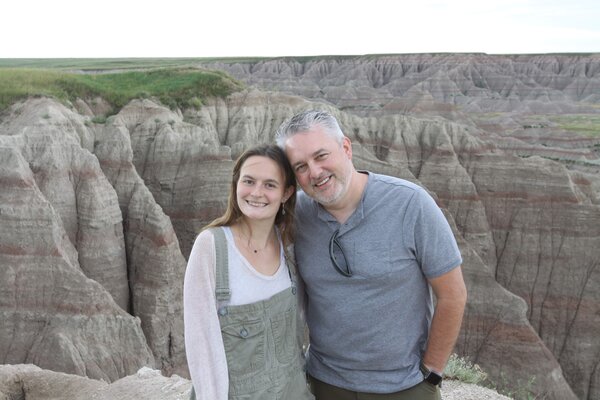 Ms. Roth, now 21, is a senior at the University of North Carolina at Chapel Hill studying peace, war and defense. She has never been recognized as “Disaster Girl” outright, she said, but most of her friends and acquaintances know of her meme fame.

“People who are in memes and go viral is one thing, but just the way the internet has held on to my picture and kept it viral, kept it relevant, is so crazy to me,” she said. “I’m super grateful for the entire experience.”

Even so, she said, she hopes to one day do something meaningful enough to shift “Disaster Girl” to the second page of search results for her name.

After graduation, Ms. Roth plans to take a gap year before pursuing a graduate degree in international relations. She said she would donate the fortune she has made from her likeness — which is still in cryptocurrency form — to charities and to pay off her student loans, among other things.

When she’s home, she often walks past the lot where it all started and wonders if locals know that it’s a “meme place,” she said.

“People who are in memes didn’t really have a choice in it,” she said. “The internet is big. Whether you’re having a good experience or a bad experience, you kind of just have to make the most of it.”

Ben Lashes, who manages the Roths and stars of other memes including “Nyan Cat,” “Grumpy Cat,” “Keyboard Cat,” “Doge,” “Success Kid,” “David After Dentist” and the “Ridiculously Photogenic Guy,” said his clients had cumulatively made over $2 million in NFT sales.

He said that NFT sales had helped establish memes as a sophisticated art form and “serious pieces of culture.”

“I think anytime you can find a collector — no matter what the price is — who respects the art behind it and is going to cherish it, that’s a successful sale, whether it’s one Ether or 200 or 300,” he said.