Theater Is in the Streets of New York, if You Listen

It is so easy to forget. That native footpaths predated avenues, that streams surged where subways now rattle, that deer and rabbits used to bound underfoot at every grimy crosswalk. And here is another thing we may have forgotten during this past strange year: what it feels like to constitute an audience.

For those of us still dragging our heels on returning to indoor theater, even as antibodies now power walk through our veins, a handful of new audio and walking tours — “The Visitation,” “Current,” “Tour Noir: A Dame To Guide For” and “Bizarre Brooklyn” — provide a gentle, socially distanced return to spectatorship. (Another, “Endure: Run Woman Show” in Central Park, just began performances and continues through August.) They also reintroduce participants to the hidden stories and secret corners of New York City, the places we have neglected or never even knew were there.

Begin uptown, in Sugar Hill, the starting point for “The Visitation,” a dreamlike, impressionistic audio response to a real event: the sudden appearance of a one-antlered whitetail deer, nicknamed Lefty, in Harlem’s Jackie Robinson Park. The sound walk — on the app Gesso and created by Stephanie Fleischmann, Christina Campanella and Mallory Catlett — uses GPS technology to monitor footfalls, which trigger new tracks as a person moves from place to place. 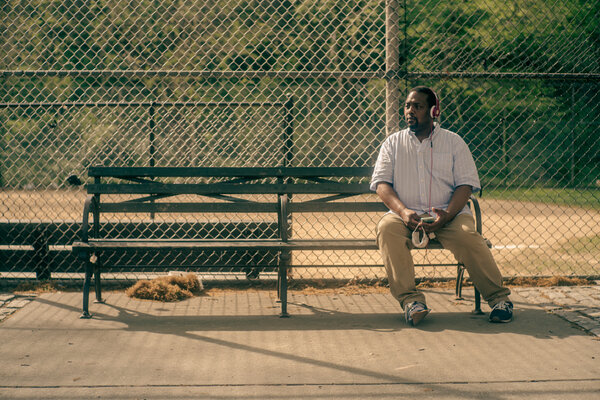 The show acknowledges the neighborhood’s history, from the Lenape tribe to Gilded Age barons and beyond, and meditates on the vexed intersections of the urban and the natural. (That intersection was immediately visible in the park, where the tree canopy shaded condom wrappers and discarded face shields on the ground below.)

Unlike “Cairns,” an earlier sound walk produced by Here, “The Visitation” goes down too many divergent paths. It has a particular fascination with North Brother Island in the East River, an extraordinary place, but rather far, at least as city geography goes, from Jackie Robinson Park. And Campanella’s hymn-like songs — written in the personae of a schoolgirl, a gardener, a wildlife control specialist — tend not to further the story or goose the emotions as they should. The show busies itself with classical allusions rather than reckoning with the dark and terrible comedy of Lefty’s end, a bureaucratic tussle between city and state that prefigured pandemic wrangling and left the deer dead from stress.

All the way downtown in Lower Manhattan — in Zuccotti Park, where the tents of Occupy Wall Street once flapped — scan a QR code to access Annie Saunders’s “Current,” an interactive civics lesson and soundscape commissioned by Arts Brookfield and part of this year’s Tribeca Festival. Saunders and the interactive theater maker Andrew Schneider take turns with the binaural narration, deftly leading listeners through the Financial District, over to the harbor and back to the park.

“People take a lot of pictures here, which is kind of what we’re trying to do also,” you hear Saunders say through your earbuds. Then the sounds of the city, recorded on a particular day at a particular time, rush in behind and around her words.

The vignettes, timed to play at the golden hour, are casual, edifying and candid, asking us to consider the overlapping landscapes of the cemented-over wetlands, the skyscraper canyons, the storm surges. “When things are demolished it’s hard to remember what was there,” Saunders says. “It seemed so solid, but then it’s like, what building was this? What was here?” Toward the end, the narration zooms in — way in — linking the city’s beating heart with the organs of our own bodies and questioning how, after so much distress, we might rebuild.

A lot of the landmarks of “Current” also dot a sillier enterprise called “Tour Noir: A Dame to Guide For,” created by Jason Thompson, a gangling young man sporting a lavalier microphone, a straw fedora and a neckbeard. The schtick here is that the audience — six of us, on a scorcher of a day that gave new meaning to the phrase “sweat equity” — has gathered for a straightforward walking tour. But after only a minute or two in Hanover Square, Thompson’s guide is interrupted by Veronica (Sydney Tucker, shares the role with three other actresses), a femme fatale in rockabilly mode. She asks for help finding her missing husband. Or is that just a ruse?

The acting is exclusively of the wink-wink school, and the dialogue is so sub-sub-sub-Chandler, it belongs beneath the Hudson. Of any of these tours, Thompson’s has the most facts and the least poetry. It uses the city as backdrop rather than text, with little feel for its actual terrain. Maybe that’s just the heat talking. Or the fact that a bird straight up attacked my sister mid-show. Still, Thompson tramps through the Financial District, Chinatown and SoHo with such obvious zeal that some of his enthusiasm, like so much street gum, rubs off on the crowd.

For a more elegant stroll — so elegant that the creators, Alexander Boyce and Adam Rubin, refer to it as an “ambulatory experience” — cross the East River and arrive at 8 p.m. on a Saturday evening at the 13th step of Borough Hall for “Bizarre Brooklyn.” A walking tour and magic show, it leads ramblers, each armed with a small radio receiver, through Brooklyn Heights in the gray-gold dusk, pausing for local lore and occasional illusions. Generously, Boyce and Rubin have sprinkled the neighborhood with surprises that spring from stoop and fence and trash bin. (Some of those surprises are inspired by Samuel Hooker, a legendary card magician who perfected his effects in a nearby carriage house.)

Like the other tours, “Bizarre Brooklyn” discourses on the New York that was. “Some people complain,” says the host (Boyce, on the night I attended). “They say, ‘Man, Brooklyn ain’t what it used to be.’ And that’s true. For millions of years, this land was forest.”

After such an unsettled and unsettling year, these gestures to the land’s past suggest a desire for stability, a collective need to affirm what happened, and when and where. But “Bizarre Brooklyn” also reminded me of my own past, what it was to be new to the city, languid, aimless, falling in love at every corner bar, letting the summer night take you where it would. It also reminded me of the enchantment of being part of an audience again, sharing in private transmission and mutual delight.

To this end, the host reads a few lines from Walt Whitman’s poem “Crossing Brooklyn Ferry” about the beauty of being alone in a crowd:

Felt their arms on my neck as I stood, or the negligent leaning of their flesh against me as I sat,
Saw many I loved in the street or ferry-boat or public assembly, yet never told them a word

After a silent dance party, “Bizarre Brooklyn” ends with a cocktail — a terrible one — and a gentle goad: Keep your feet moving, your eyes open, your ears pricked. Because now that you can leave your house, wonder might be waiting for you on the next street.