Their Bodies Were Weapons: Dissident Photographers of the 1980s

ARLES, France — In communist Czechoslovakia, it paid to conform. But behind closed doors at Prague’s only gay club, people could be free.

In the early 1980s, Libuse Jarcovjakova, now 67, photographed the lovers, friends and strangers she met as a young woman at that underground spot, called T-Club. Many of the images have never been shown in public before, but now have a headline slot at the Rencontre d’Arles, a major annual festival of international photography in the South of France.

Ms. Jarcovjakova’s show is part of a strand of exhibitions at the festival titled “My Body is a Weapon.” Curated by Sam Stourdzé, the Rencontre d’Arles’ director, the shows celebrate the work of unheralded artists from the 1980s, who Mr. Stourdzé said “stayed alive, existed and resisted with photography.”

The portraits on display — taken in Czechoslovakia, East Germany and Spain after the Franco dictatorship — broke taboos around nudity, gender and sexuality, and asserted their subjects as individuals in societies that put the collective first.

These photographers understood that “your body is always your own, and no one can take it away,” Mr. Stourdzé said in an interview.

Ms. Jarcovjakova — whom Mr. Stourdzé calls “the Nan Goldin of Soviet Prague” — visited T-Club almost every night from 1983 to 1985, she said. She remembered the club as “a kind of family” that was a sanctuary for “outrageously camp queers” and “serious-looking men who had fled their family.”

Ms. Jarcovjakova used her camera to document it all. “I would drink vodka from the bottle and wake up with many rolls of film,” she said.

At the Academy of Performing Arts in Prague in the early 1980s, Ms. Jarcovjakova studied photography: Social realism, the austere aesthetic that promotes the valor of the working man, was the school’s official style. But she clashed with her tutors, she said. She wanted to develop a more introspective approach, and take portraits that said more about the author than the subject.

This came with risks. Same-sex activity was decriminalized in Czechoslovakia in 1962, but homophobia was rife and the charge of gross indecency was routinely used to arrest gay, lesbian and bisexual people, according to Ms. Jarcovjakova. Exhibiting images that explored the desires of a young, bisexual woman would have provoked a reaction from the authorities.

So Ms. Jarcovjakova hid her work away, “in a cardboard box in the back of my cupboard,” she said. The photographs remained there until four years ago, when she met the Prague-based curator Lucie Cerná.

Ms. Cerná arranged for Mr. Stourdzé to view a selection of the portraits at the Paris Photo fair, and Mr. Stourdzé almost immediately offered Ms. Jarcovjakova a major show at the festival in Arles.

The varying ways artists reacted to surveillance by the state is a thread that runs through “My Body is a Weapon.” Another exhibition in the strand, “Restless Bodies,” is a group-show of 16 artists from East Berlin who worked clandestinely in East Germany, known as the German Democratic Republic.

The socialist East Germany was a totalitarian state in which artists had to be trained by and registered with the authorities. Sonia Voss, the curator of “Restless Bodies,” said in an interview that many of the artists in the show taught at schools or worked for the state-run news media. All of them were under surveillance by the Stasi, the secret police, she said.

In their portraits, which were not intended for public display, the photographers used their own bodies to communicate a sense of self and to express their interior lives, Ms. Voss said. “They spent a lot of time undressing and dressing up,” she added.

One of those artists, Christiane Eisler, took austere portraits of the underground punk scene in the city of Leipzig. Another, Rudolf Schäfer, secretly shot carefully framed and exquisitely lit portraits of the recently deceased in the morgue of the Charité Hospital in East Berlin.

Gabriele Stötzer, a photographer with work in “Restless Bodies,” said in an interview in Arles that she had spent time in an East German prison after taking part in a demonstration at college. After her release, she was monitored by the Stasi, she said.

In the show, Ms. Stötzer exhibits a series of portraits she took in 1985 of a young man who poses for the camera in tights, high heels and makeup. “He was a transvestite,” Ms. Stötzer said. This was taboo in East Germany, Ms. Voss said, so taking such portraits was an act of defiance.

After the fall of the Berlin Wall, when the Stasi’s archives were made available to the public, Ms. Stötzer discovered that the subject of the portraits had been informing on her to the secret police. “The Stasi took advantage of anyone who was different,” she said. “They knew his difference made him susceptible, vulnerable. They used it against him.”

Fifteen years before the German Democratic Republic was swept away, freedom had come to Spain, as seen in “La Movida,” an exhibition at the Rencontre d’Arles that looks back on the countercultural explosion in Madrid as the country transitioned to democracy after Franco’s death.

“La Movida” shows the emergence of a sexually liberated, genre-fluid youth movement that lit up the city’s streets. Influenced by punk and New Wave, that moment in Spain’s history was “a free for all” in which “everything was valid,” according to the exhibition’s curator, Irene de Mendoza.

“A new generation used their body to exhibit and determine their own identity” by dressing outlandishly, taking drugs and exploring sexuality, Ms. de Mendoza said.

Paul Moorhouse, a curator of photography at the National Portrait Gallery in London, said in a telephone interview that bodies remained a preoccupation for many photographers in the 21st century, and that questions of identity politics and diversity were key themes for artists nowadays.

Mr. Stourdzé, the festival director, said that “today, a lot of photographers don’t need to resist.” However, he added, “they’re working in a similar way” to the artists in “My Body Is a Weapon.”

Mr. Stourdzé said that elsewhere at the festival in Arles, many exhibiting artists owed a debt to the pioneering work of the 1980s dissidents. The Chinese photographer’s Pixy Liao’s study of patriarchy in China, which features the photographer’s own nude body, was an example, he said.

“These works are rooted into a photographic past that grew out of resistance,” Mr. Stourdzé said.

Ms. Jarcovjakova said that if she were in the position of a young photographer today, her advice for herself would be to “Keep going, keep doing it, don’t stop.’”

“Because that’s how I found my freedom,” she said. “In myself.” 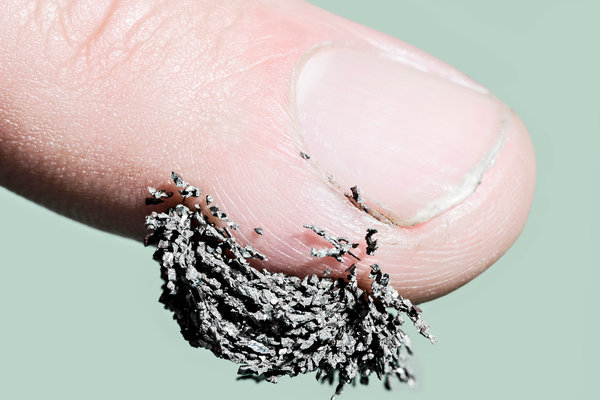 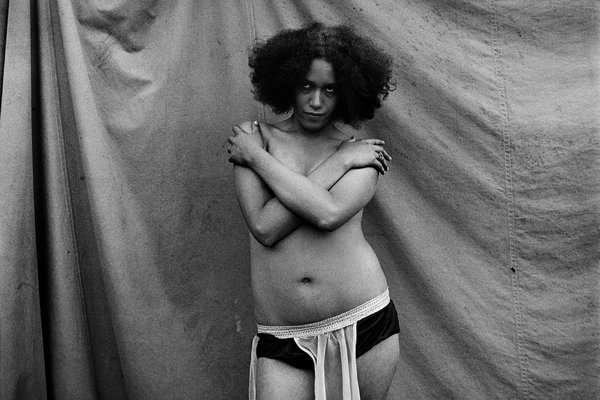