These Celebrities Have All Opened Up About Being Transgender, Nonbinary, or Genderqueer

Celebrities have a powerful platform to talk about causes that are important to them, and frequently the issues that resonate the most are the ones that are personal to them. Many Gen Z and Millennials have been opening the dialogue when it comes to gender identity, and they’ve helped so many people understand that there is a difference between sexual and gender identity — and how coming out as transgender, nonbinary, or genderqueer has transformed their lives. 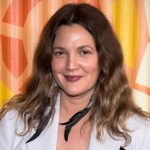 After Elliot Page came out in December 2020 as a transgender man, he called the experience “freeing” to Oprah Winfrey in their Apple TV + interview. “It’s getting out of the shower and the towel is around your waist and you’re looking at yourself in the mirror and you’re just like, ‘There I am,’” he said. “It’s being able to touch my chest and feel comfortable in my body — for the, probably the first time.” That’s a powerful moment for the actor. Often the journey takes a long time to understand even for themselves, but that’s why these conversations are so important.

For Demi Lovato, coming out as nonbinary in May was the realization that they had denied their truth due to “being raised Christian” in the South. “Because for so many years I shoved it down and I tried to fit it into a mold of what I thought society wanted from me,” Lovato said in Bring Change to Mind’s “A Conversation Starter” live stream, via People. “And, so much freedom in my life today has come from just me living my authentic truth.”

With celebrities bringing a newfound understanding of simple things, like preferred pronouns, and more complex aspects, like making sure the transgender and queer community have access to mental health care, it creates a better path for the youth following in their footsteps. Take a look at the stars who are sharing their gender identity and opening up about their journey.