These Hollywood Broods Are Huge

Most people at least have a passing familiarity with Angelina Jolie and Brad Pitt’s big brood of six kids. And Tori Spelling and Dean McDermott make regular headlines as parents of five, too. What you may not have realized, though, is just how many huge families there are in Hollywood — some of which make the Jolie-Pitt and Spelling-McDermott households look like, well, kids’ play. For these super-sized celebrity families, the more the merrier seems to be a life mantra.

We’re not being hyperbolic, either. Sure, size is subjective. You might consider having two to three children to be above-average. However, since the 2018 American Community Survey revealed that the average family size is three children, we’re only talking about famous fams with at least four kids or more. You might be thinking, there can’t be that many four-plus families in Hollywood, right? But trust, you’d be surprised.

From longtime couples with five kids to blended families with up to a dozen (yep, you read that right), there exists a wealth of celebrity households who are raising really big broods. Some of the names on the list won’t surprise you, like the aforementioned Jolie-Pitts. Admittedly, though, we didn’t even realize some of these stars have been building their dynasties behind-the-scenes. 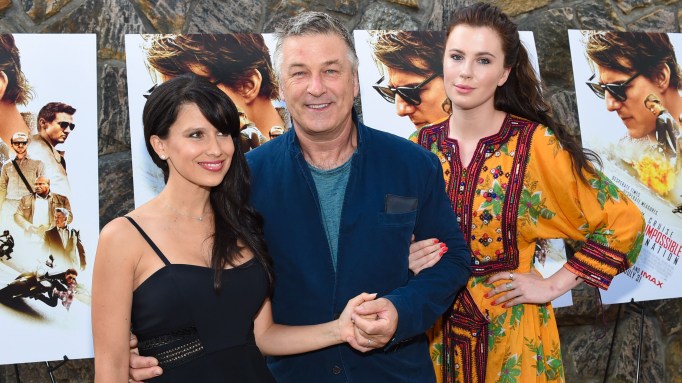 Sadly, Alec and Hilaria announced in November 2019 that they’d suffered a miscarriage four months into Hilaria’s pregnancy with their fifth child together. 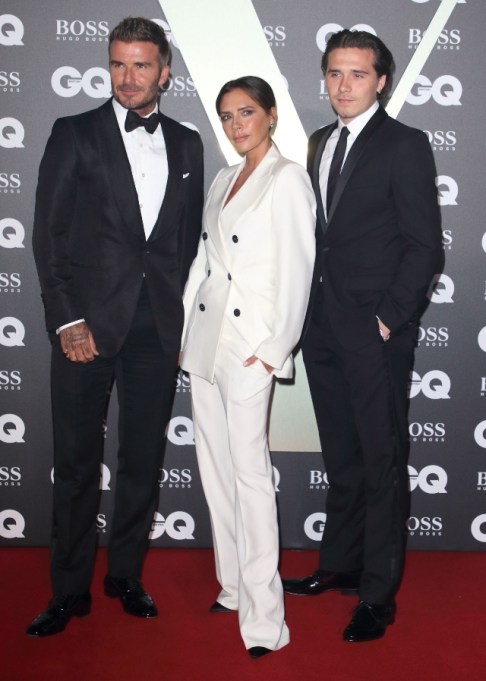 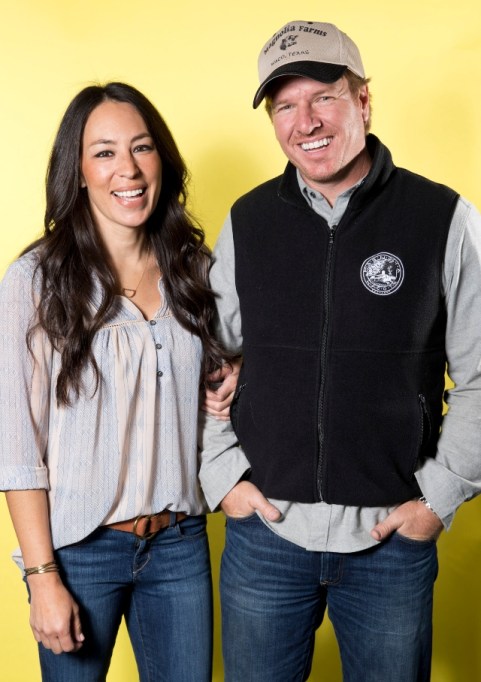 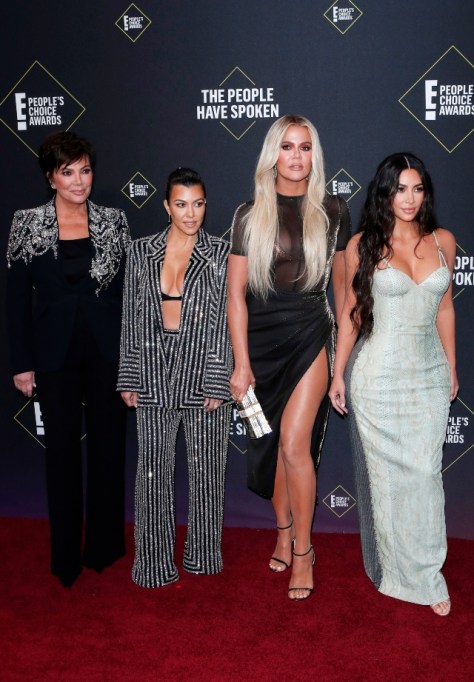 Jenner was also stepmother to Caitlyn’s children from previous marriages. 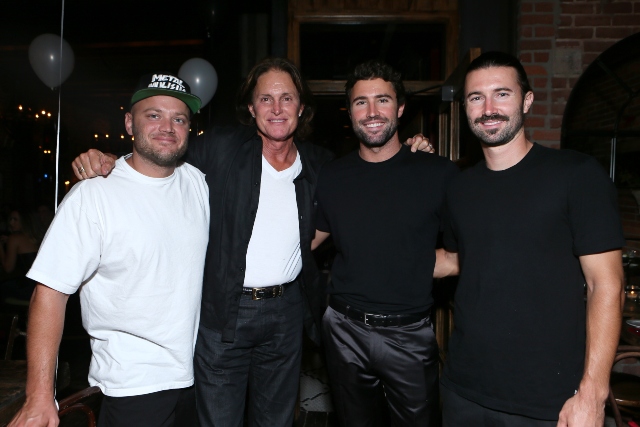 Like her ex-wife Kris Jenner, Caitlyn Jenner had a big brood before the two even combined their households. From Caitlyn’s 1972 – 1981 marriage to Chrystie Scott, she had two children: son Burton “Burt” Jenner and daughter Cassandra “Casey” Marino. Caitlyn’s next marriage, to actress Linda Thompson, brought brothers Brandon Jenner and Sam Brody Jenner (who goes by Brody).

When Caitlyn married Kris Jenner, the two had daughters Kendall and Kylie together. As a stepparent, she also helped raise Kris’ children from her previous marriage to Robert Kardashian: Kourtney, Kim, Khloé and Robert. 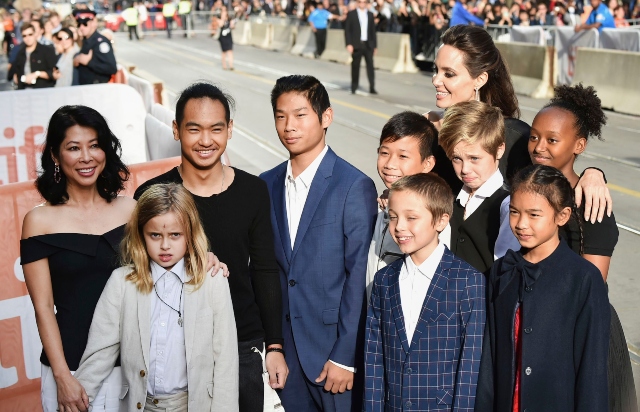 Although they are now divorced, Angelina Jolie and Brad Pitt built a beautiful blended family over the course of their time together. Jolie adopted son Maddox from Cambodia in 2002, prior to her relationship with Pitt (who would later adopt “Mad”). In 2005, Jolie — by then rumored to be dating Pitt — adopted daughter Zahara from Ethiopia. In 2006, the couple welcomed their first biological child, daughter Shiloh Nouvel. In 2007, they adopted then-3-year-old Pax from an orphanage in Vietnam. And in July 2008, Jolie gives birth to twins Vivienne Marcheline and Knox Léon in France. 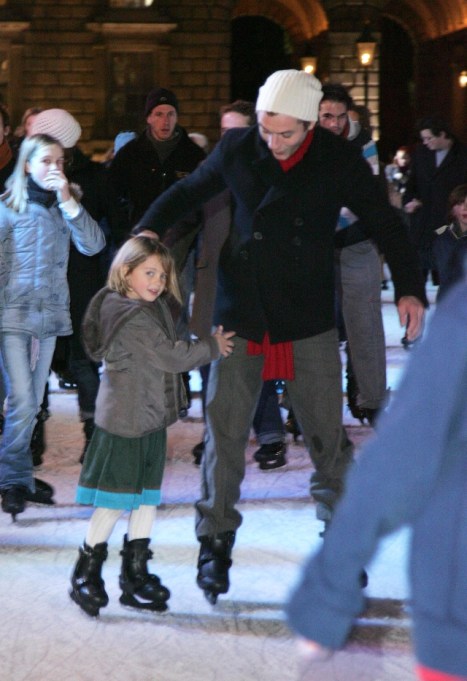 Law married actress Sadie Frost in 1997, and the two went on to have three children together: Rafferty (b. 1996), Iris (b. 2000), and Rudy (b. 2002). However, after nannygate in the early ’00s, the couple divorced. In 2008, Law had a brief relationship with model Samantha Burke, which resulted in the birth of daughter Sophia the following year. Law’s fifth and final child came in 2015. A daughter named Ada, her mother is musician Catherine Harding. 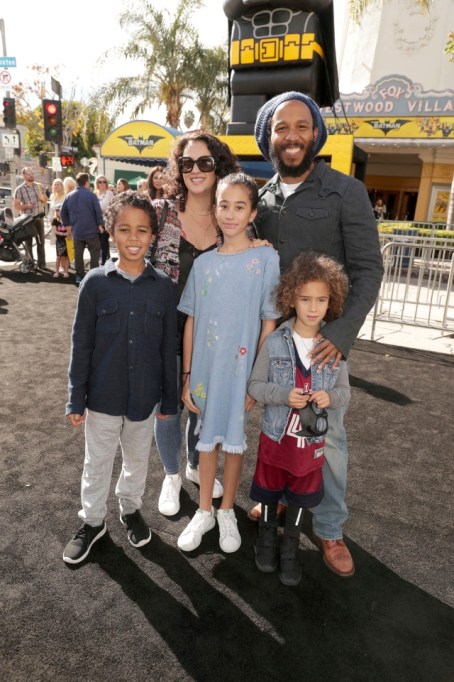 Could this family be any cuter? Grammy-winning reggae singer Ziggy (son of iconic reggae singer Bob Marley) and wife Orly have four children together: Judah, Gideo, Abraham and Isaiah.

Ziggy also has three children from previous relationships. With Lorraine Bogle, he welcomed son, Bambaata and daughter, Justice. With Carlene Samuels, he has a daughter named Zuri. 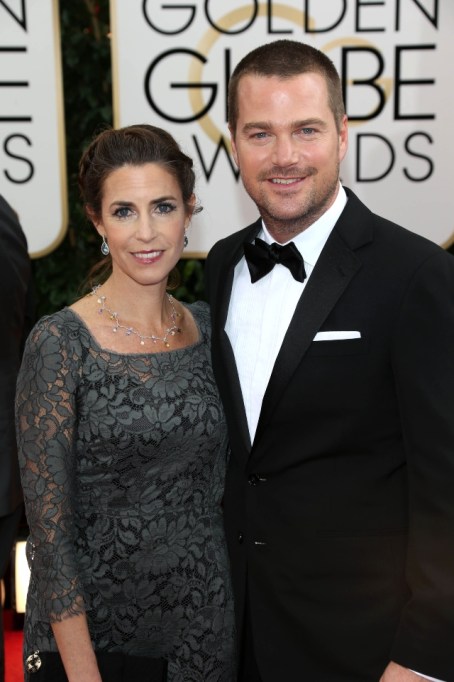 The NCIS: New Orleans star and his wife of more than two decades have five children: Lily, Christopher Jr., Finley, Maeve and Charles. Since O’Donnell is the youngest of seven siblings himself, he likely relishes the chaos of having a big brood. 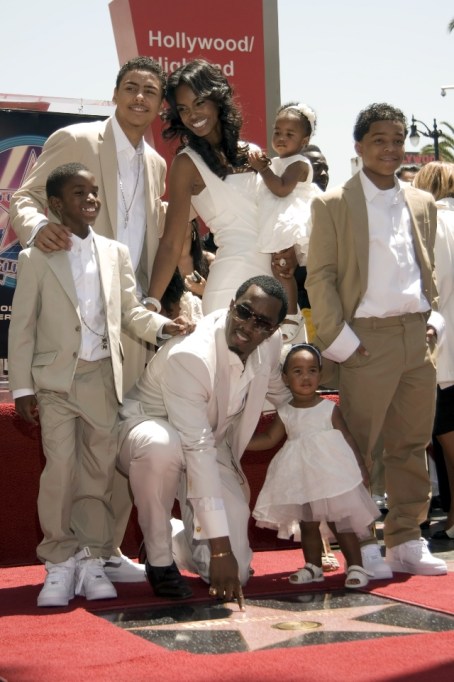 He also helped to raise Porter’s son Quincy from a previous relationship. 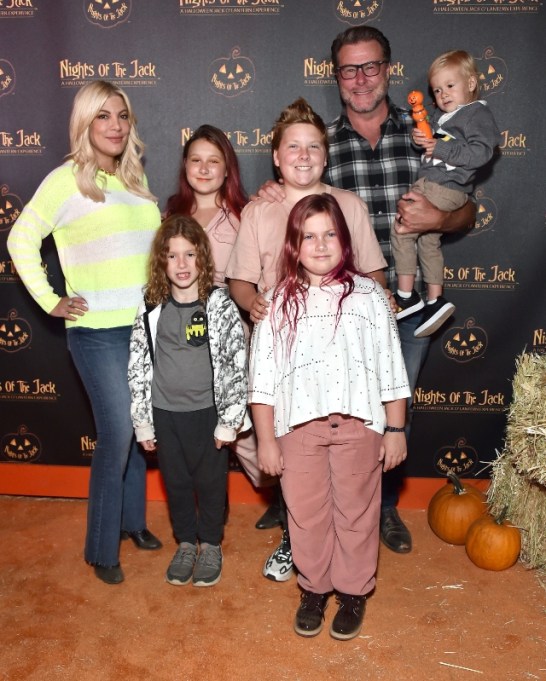 While Tori Spelling and husband Dean McDermott’s marriage has seen its fair share of scandal, the couple seems to always present a united front for their five kids: Liam, Stella, Hattie, Finn and Beau. 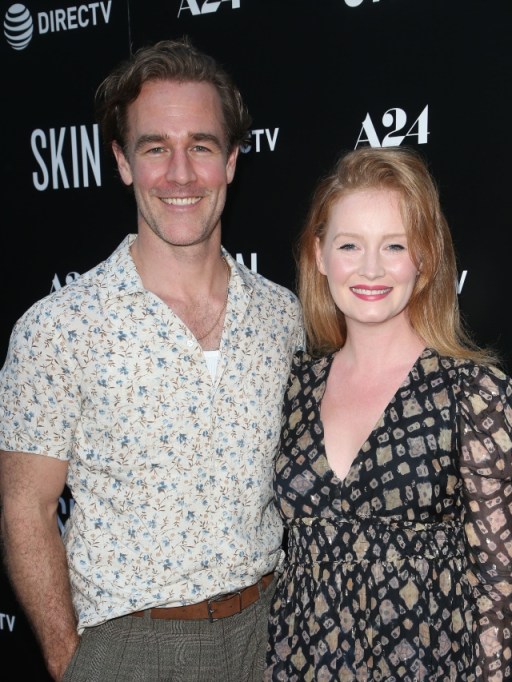 The Dawson’s Creek alum are parents to Joshua, Olivia, Annabel Leah, Emilia and Gwendolyn. Tragically, in the midst of his recent stint on Dancing With the Stars, the Van der Beeks learned Kimberly had miscarried their sixth child. 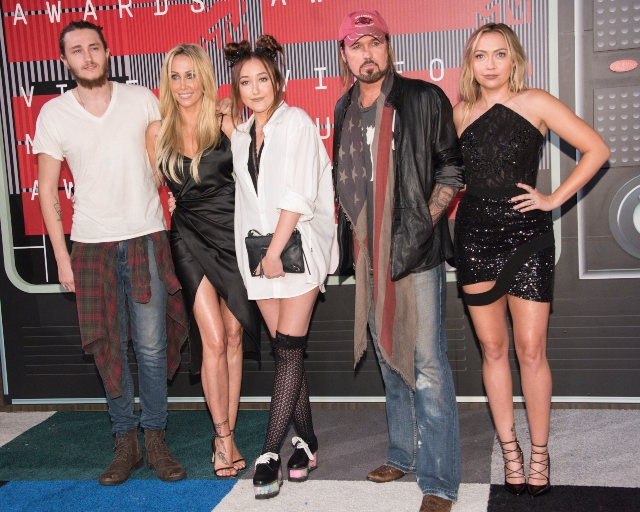 This country singer has a big ol’ blended family… that got off to a bit of a scandalous start. In 1992, he fathered two children by two different women: son Christopher (b. April 1992) to Kristin Luckey and daughter Miley (b. November 1992) to Leticia “Tish” Finley. Cyrus promised to support Luckey and Christopher, and he went on to marry Tish in 1993. Their second child Braison Chance was born in 1994 with Noah Lindsey following in 2000.

Cyrus also adopted and raised Finley’s two older children from a prior marriage: daughter Brandi (b. 1987) and son Trace (b. 1989). 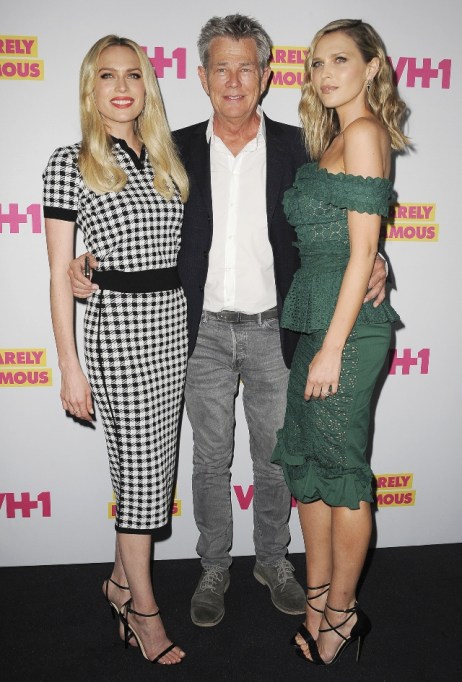 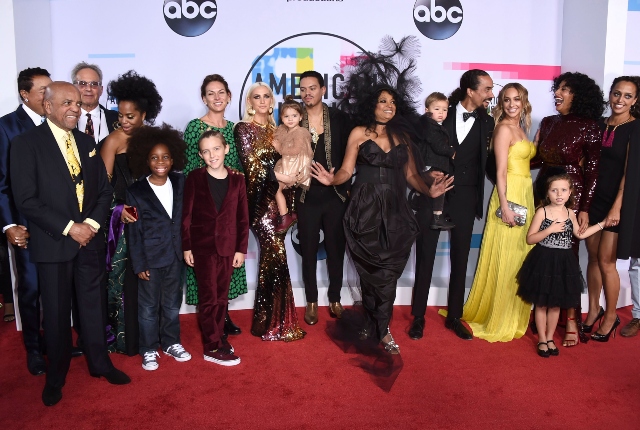 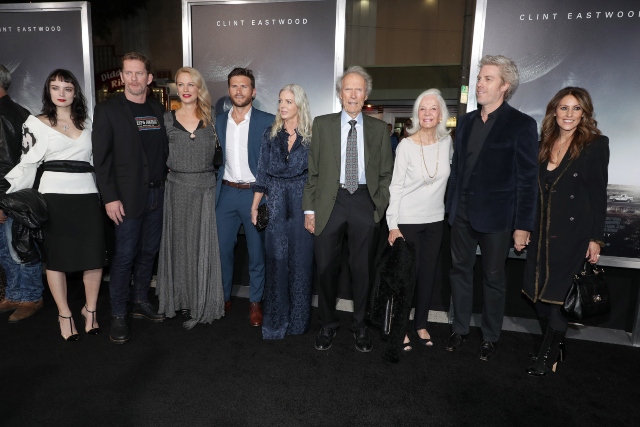 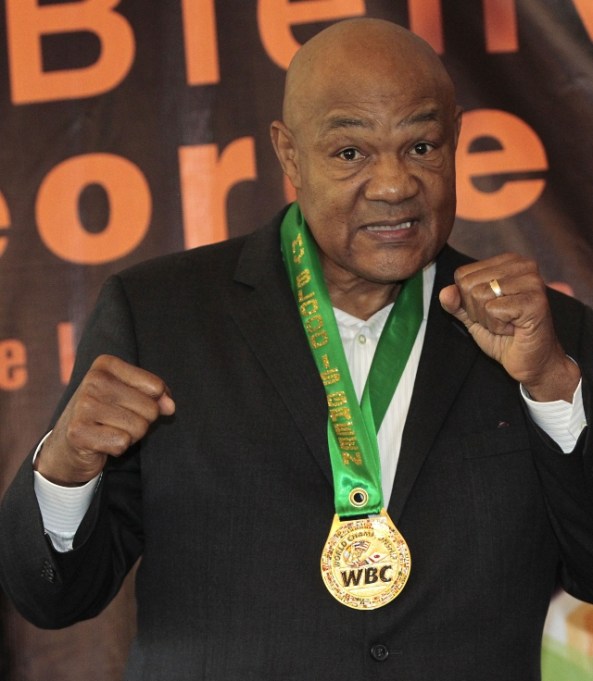 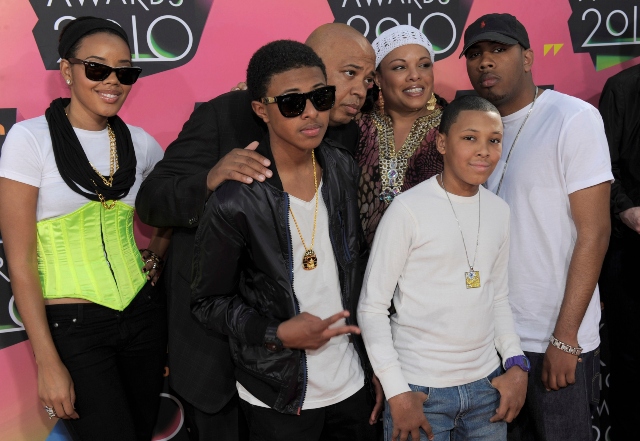 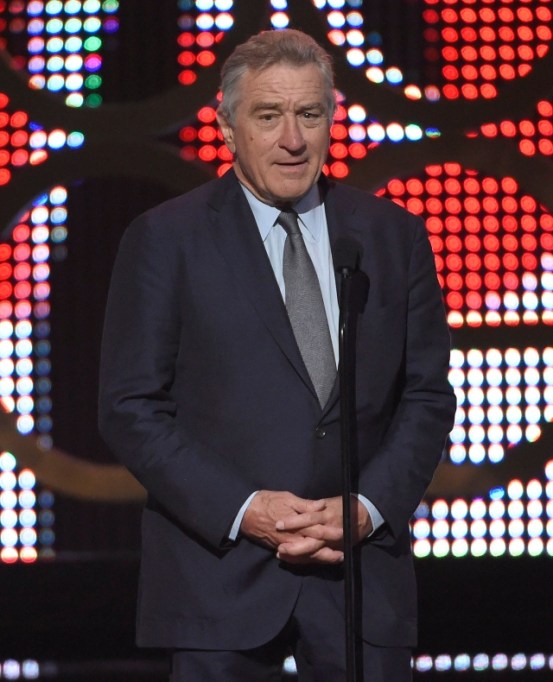 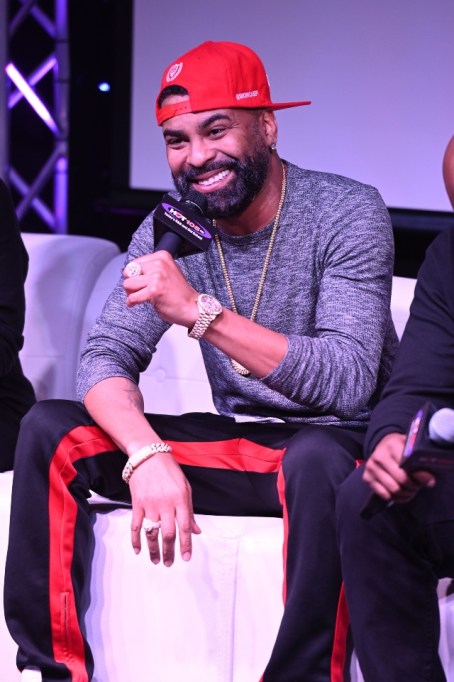 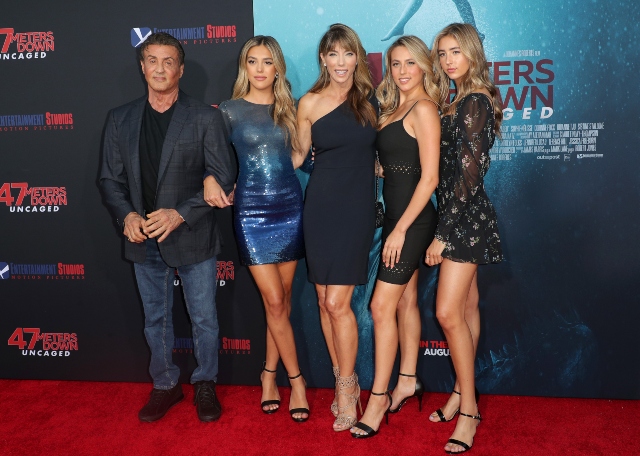 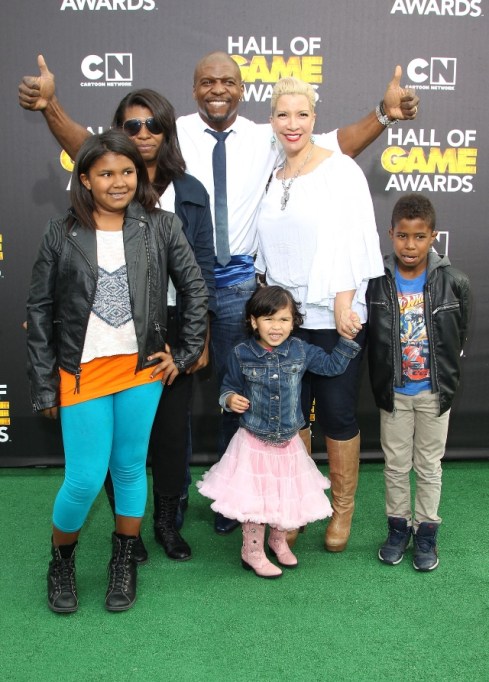 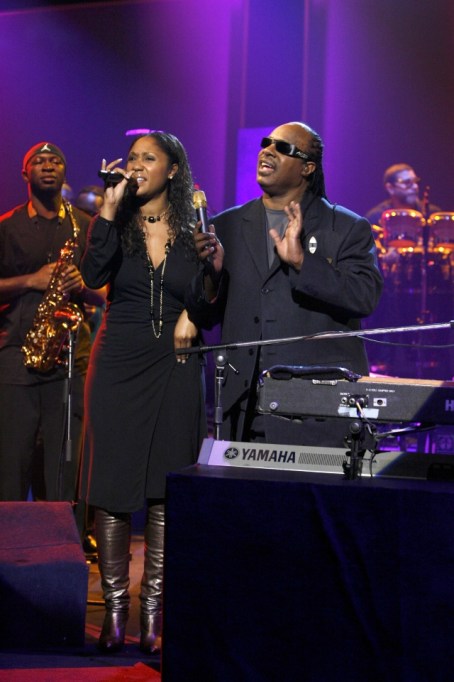