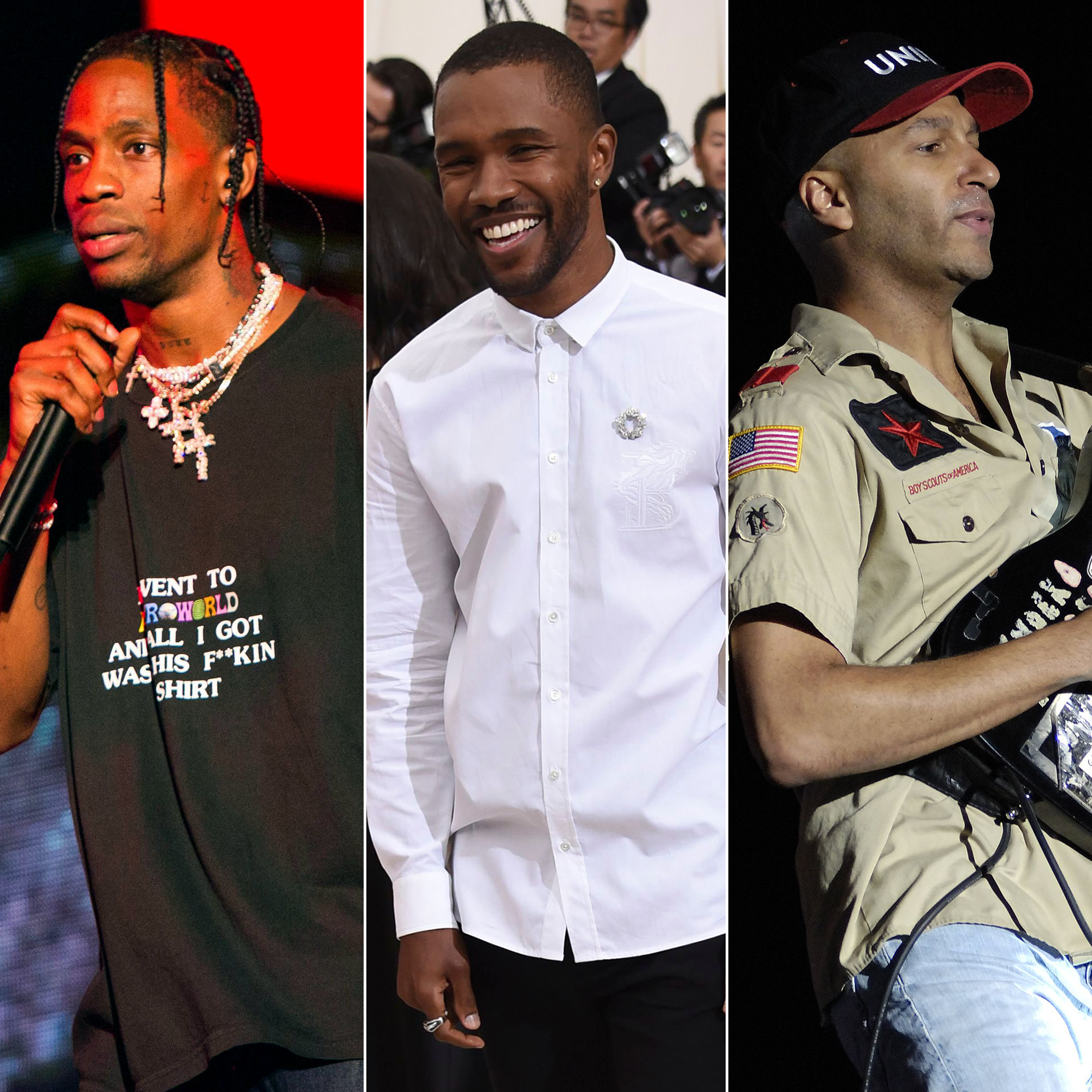 Calling all music lovers! Travis Scott, Frank Ocean and Rage Against the Machine are set to headline the 2020 Coachella Valley Music and Arts Festival, a source tells Us Weekly exclusively.

The hot-ticket event will take place in Indio, California, over the course of two weekends, beginning on Friday, April 10, 2020, and wrapping up on Sunday, April 19, 2020.

Scott, 28, previously performed at Coachella in 2017. The rapper debuted his relationship with then-girlfriend Kylie Jenner at the festival in April of that year. Us confirmed in October that the former couple, who are parents of daughter Stormi, 22 months, split after more than two years of dating.

Ocean, for his part, hit the Coachella stage in 2012. However, the singer, 32, took a step back from the massive event in recent years, so his 2020 set will mark a long-awaited comeback for his fans.

Meanwhile, Rage Against the Machine will reunite following a nine-year hiatus to play for the festival crowd. The band — made up of frontman Zack de la Rocha, guitarist Tom Morello, bassist Tim Commerford and drummer Brad Wilk — confirmed the news via Instagram in October. “Indio, CA April 10, 2020,” the group’s Instagram account posted, along with three tour dates in March. “Indio, CA April 17, 2020.”

The venue for the reunion is fitting, given that Rage Against the Machine headlined the first Coachella in 1999. The band split up in 2000 but still played together occasionally over the years, including a performance at the festival in 2007. Their most recent performance together occurred in July 2011.

Scott, Ocean and Rage Against the Machine will follow in the footsteps of A-list headliners who took the stage in previous years. Ariana Grande, Childish Gambino and Tame Impala led the 2019 lineup, while Beyoncé, Eminem and The Weeknd were front and center in 2018.

The former Destiny’s Child member, 38, made history with her iconic performance, which featured Jay-Z, Solange, Kelly Rowland and Michelle Williams as well as sought inspiration from HBCU culture.

Beyoncé described her dedication to the performance in her Netflix special, Homecoming: “I personally selected each dancer, every light, material on the steps, the height of the pyramid, the shape of the pyramid, every patch was hand-sewn, every tiny detail had an intention.”