The Trump family has all but declared Florida their official home state, now that multiple members have decided to leave Manhattan and Washington D.C. behind, post-Donald Trump’s presidency, and relocate to the Sunshine State. Well, if you’re in the market for a beachfront mansion just across the street from where the Trumps currently reside in Mar-a-Lago and have a cool $49 million to spare — we have the perfect home for you. Previously purchased by Donald Trump’s sister Maryanne Trump Barry in 2004 for $11.5 million; the home was sold 14 years later — for $18.5 million — to an LLC managed by Donald Trump Jr. and Eric Trump, per the Palm Beach Daily News. (See all of the Realtor.com photos!) 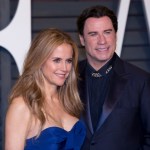 The Trump brothers made a few impressive renovations and even dabbled in renting the place out to a select few tenants monthly for $100,000 — which is surely pocket change for the lineup of people who the Trump family hand-picked.

The beachfront mansion features eight bedrooms, eight bathrooms, and three half-bathrooms. But that’s not all — there are some lavish rooms and amenities in the home as well, including a library, a formal sunroom, and a wet bar. There’s also a waterfront balcony and, of course, a pool.

According to Realtor.com, Donald Trump Jr. and Eric have dedicated their time to update the mansion’s “dated interiors and furniture,” and in the process have positioned themselves to flip the property for a significant profit — millions more than they originally paid for it.

Although the listing doesn’t mention the Trump name, there is one Trump-related feature that buyers will receive: a Mar-a-Lago club membership.

Before you go, click here to see the biggest and most expensive celebrity homes.