The trailer for Netflix’s upcoming Western, “The Harder They Fall,” dropped on Thursday, and people on social media are excited for the ride.

Lakeith Stanfield and Regina King make the first prominent appearances in the trailer, with King handily shooting at an aggressive man who’s running after them. The “Watchmen” actor guns the man down just as he’s in the middle of hurling a racial slur.

“We ain’t no nincompoop,” King replies. 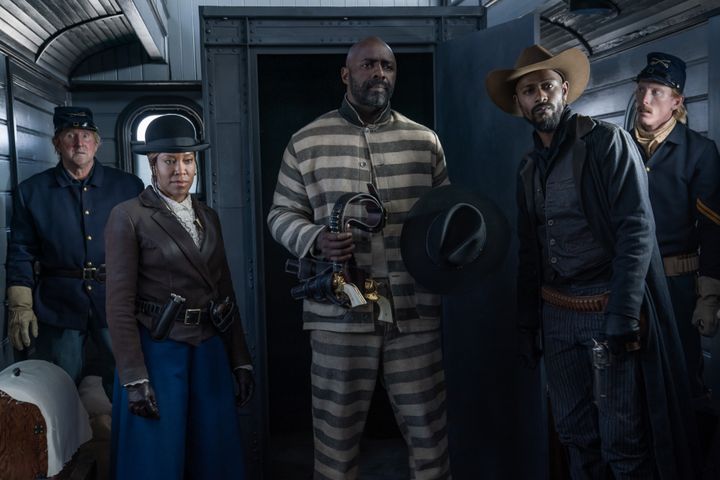 King and Stanfield are quickly joined by other big stars in the teaser, including Idris Elba, Jonathan Majors, Zazie Beetz and Delroy Lindo.

Dubbed a “new school Western” by Netflix, “The Harder They Fall” centers around outlaw Nat Love (Majors), who “discovers that his enemy, Rufus Buck (Elba), is being released from prison, so he reunites his gang to track Rufus down and seek revenge,” according to the film’s synopsis.

“Yo, imma faint just for how stacked this cast is,” one person tweeted. “Didn’t know a damn thing about THE HARDER THEY FALL and now is my #1 anticipated movie this year.”

“The Harder They Fall” is directed by Jeymes Samuel, who co-wrote the script with Boaz Yakin. Jay-Z serves as a producer alongside James Lassiter, Lawrence Bender and Samuel. Other stars in the film include Danielle Deadwyler, Edi Gathegi, RJ Cyler, Damon Wayans Jr. and Deon Cole.

The movie is slated to release later this year, Netflix announced.