Nick Viall is quite a good sport. During the Tuesday, January 21, episode of Comedy Central’s Lights Out with David Spade, Viall, 31, tries out a new career in stand-up comedy! As part of the show’s famous “Secret Stand-Up” segment, he is fed jokes by host David Spade and Courteney Cox.

Warning: The former Bachelor’s stand-up routine is definitely NSFW. Despite it being his first time on the stage, the Dancing With the Stars vet leaned into the jokes — and got almost every one correct.

“People thought I was on the Bachelor for the wrong reasons. I wasn’t, I did it for the fame and money,” Cox, 55, feeds into Viall’s ear — and he hilariously delivers. 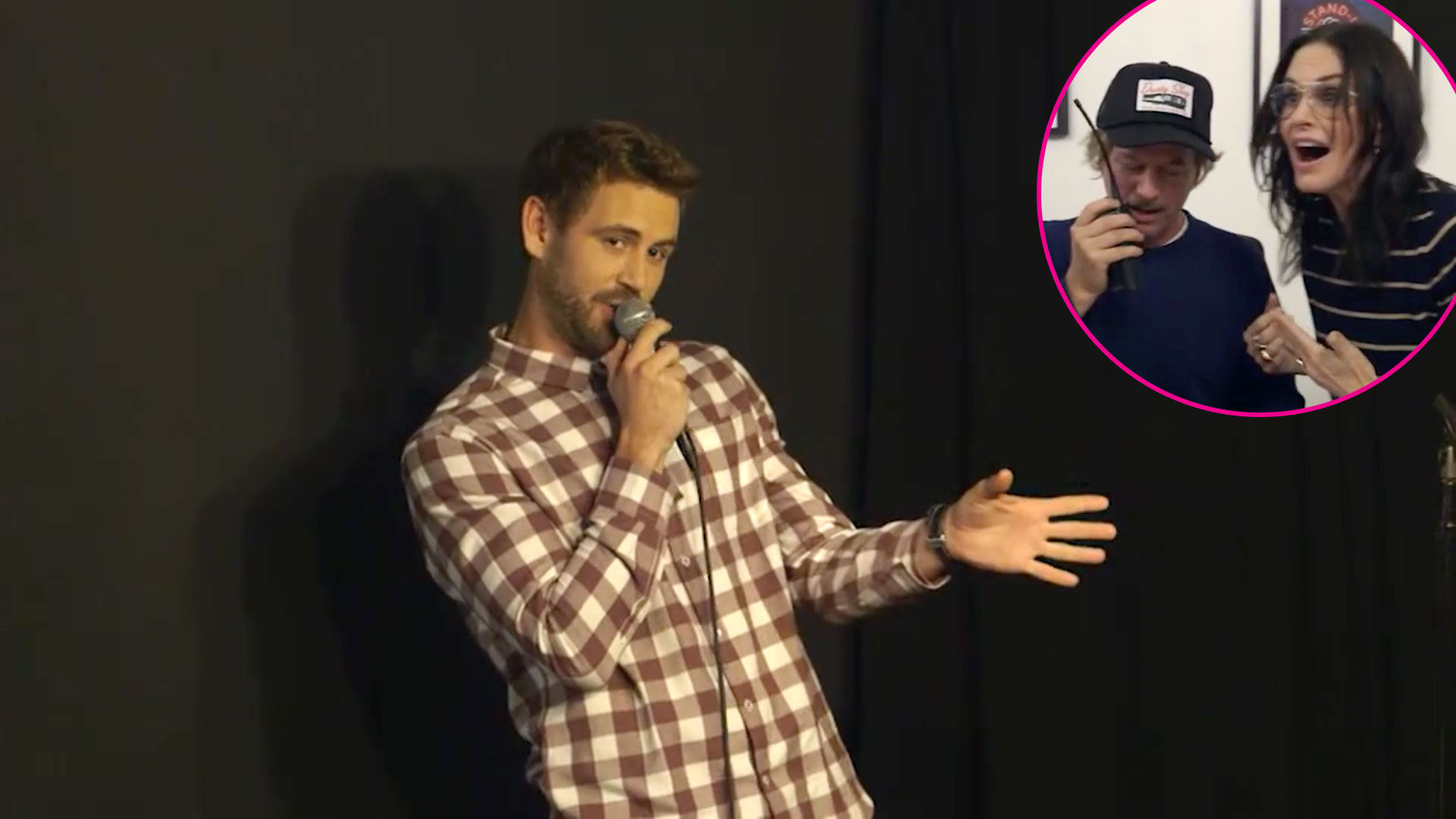 Later, she gives the Bachelorette alum quite the dirty joke about hooking up a windmill, á la Peter Weber and Hannah Brown. The joke even makes the former Saturday Night Live cast member, 55, cringe. Viall delivers it seamlessly, even adding in his own little touches.

The Bachelor jokes continue as Spade tells the “Viall Files” host to say, “The hardest part of being the Bachelor isn’t deciding who you give the roses to, it’s remembering which blonde you hooked up within the hot tub.”

When Spade tells him to mention the name Kaitlyn, he does so — then adds in, “Is she even blonde?”

Viall first appeared on Andi Dorfman’s season of The Bachelorette, then returned for Katilyn Bristowe‘s season. He was the runner-up in each season. He then took a shot at love on Bachelor in Paradise before once again ending up single. He became The Bachelor for season 21 and got engaged to Vanessa Grimaldi at the end. However, they split a few months later.

Lights Out With David Spade airs on Comedy Central weeknights at 11:35 p.m. ET.