Watched ‘The Crown’ And Want To Know How To Play Ibble Dibble? Here’s How.

The fourth season of “The Crown” finally arrived on Netflix over the weekend.

As well as marveling at Gillian Anderson’s portrayal of former Prime Minister Margaret Thatcher, we were also introduced to Emma Corrin’s Lady Diana.

In a scene none of us saw coming, after having dinner at Balmoral, the royal family gather along with the prime minister to play the drinking game.

But just how do you play the tongue-twister of a game that involves a blackened cork?

What is Ibble Dibble?

The game gets its name from the nonsensical phrase that players have to repeat throughout, and in order to play, you’ll need at least four players, one cork, matches, and – if you drink it – alcohol.

How do you play?

First of all, give every player a number.

Char one end of the cork by lighting it and letting it burn. Blow out the flame and make sure it’s not too hot!

The idea is that as you play, the blackened cork will be used to mark people’s faces with small black dots, also known as “dibble ibbles.”

Each player takes it in turns to introduce themselves according to their number followed by the phrase “Ibble Dibble.” So, “I’m number one Ibble Dibble” and so on.

Next, each player must announce how many “dibble ibbles” they have (which will be none at the start of the game), and then choose another player to do the same.

Player number five will then do the same, and so on.

The game proceeds like this until someone trips over their words, which requires them to have a “dibble ibble” put on their face via the blackened cork (and take a drink if they’re playing it as a drinking game).

As the game continues, more and more players will end up with increasing numbers of “dibble ibbles” on their faces. The secret is to remember how many you have because if you say the wrong amount – that will result in another “dibble ibble.”

Basically you’ll end up looking like this (but less regal)…

The winner is the player with the least amount of “dibble ibbles” on the face at the end of the game.

It’s not clear whether Thatcher and the royal family ever played Ibble Dibble but we like to think this did actually happen.

However, Thatcher did not enjoy her trips to Balmoral, which she described as a “tedious waste of time,” according to the 2015 book “The Queen And Mrs. Thatcher: An Inconvenient Relationship.”

We’re sure a game of Ibble Dibble helped. 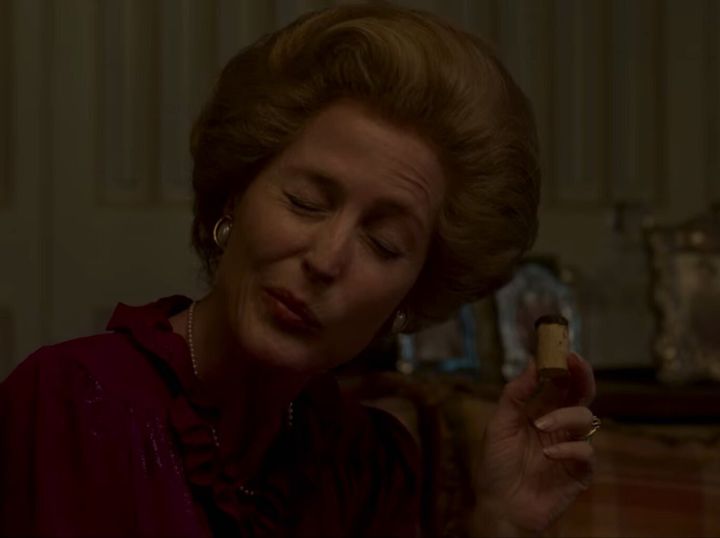