What it's like to be coached by David Beckham, from surprising shyness to advice

We can only imagine what it must be like to be in the presence of David Beckham on the football pitch, let alone to be coached by the former England captain.

However, a select group of young boys were granted the unique experience when the renowned athlete joined the coaching team for the under 14s Westward Boys side in East London, all while being filmed for new Disney Plus series Save Our Squad with David Beckham.

The team play in the same league that the 47-year-old competed in when he was younger – the Echo Premier League – as he shared with the budding footballers how their experiences on the pitch and the training ground mirrored his own.

Metro.co.uk recently had the opportunity to catch up with two boys from the team – Orlando and Kuro – who not only revealed what it was like getting to know David on a personal level, but also what their personal aspirations are for their futures with Westwards Boys and beyond.

In the first episode of Save Our Squad, the promising football team are left in a state of shock when David enters their locker room, giving them a much-needed boost after a disappointing match performance.

Orlando said that it was ‘wild’ to see his idol for the first time, recalling how his head was ‘going round and round’ and how for a second, he thought that he was in ‘some sort of dream’. 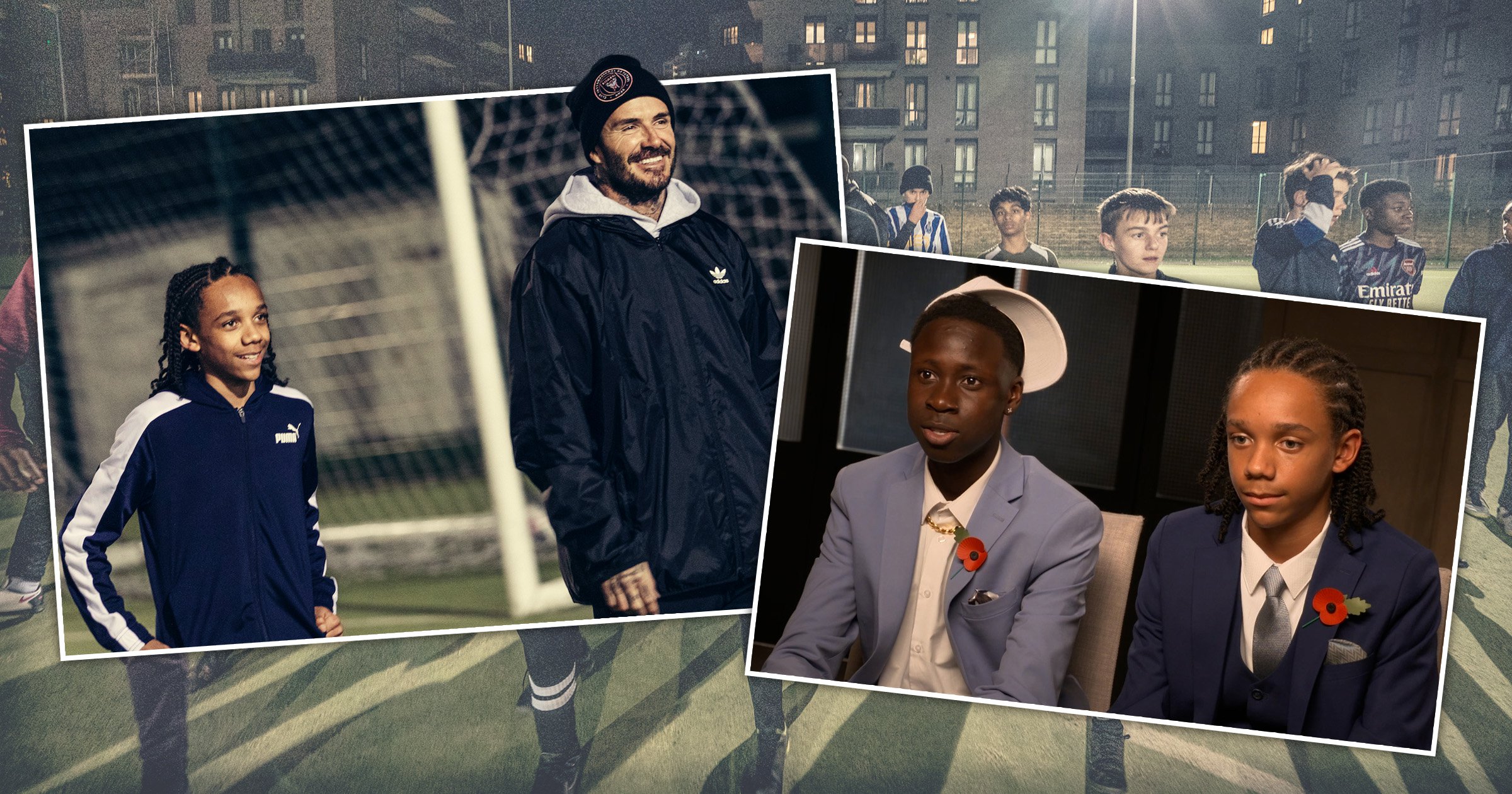 Kuro reiterated the ‘surreal’ nature of their first encounter, adding: ‘I won’t experience something like that again’.

Before meeting David for the first time, the boys would have undoubtedly had certain impressions of what they imagined he’d be like… but it turns out he was a lot more reserved than Orlando and Kuro would have expected.

‘I wouldn’t think he cared so much about our game, like how he really wanted us to step up and win,’ Orlando said, while Kuro added: ‘He’s a lot shyer than I expected him to be.

‘I expected him to be quite vocal, quite loud, but he really focused in on us. Apparently he said that he was shy to be accepted into the team – he didn’t know if we’d accept him.’

At the start of Save Our Squad, it’s revealed that Orlando is fairly new to the team, and so hasn’t had a chance to forge strong friendships with his teammates yet.

As a result of being the newcomer and also an innately quiet individual, at one point Orlando is chosen last for the team, despite being extremely talented with the ball.

He explained that David could relate to this experience personally, as the football star also used to be picked last when he was younger ‘because he was small and shy’.

‘Because I was kind of quiet, so his advice to me was to speak up, be vocal, have a presence so people know that you’re here, because – and I quote – he said, “You’re always in very good positions, but sometimes people don’t hear you.” So if I was loud on the pitch, if people play it to me, I can make such a big impact on the team,’ Orlando shared.

‘If he was picked last every time and he’s a professional idol, and I just got picked last that one time. I mean, how far can I go? Which is a real good question.’

Kuro, on the other hand, said that David emphasised to him that he needed to try to ‘make an impact in everything I do’.

‘Being the youngest on the team, being a year younger than most of the boys, I was on the substitutions bench. If I make an impact on the things that I do, I make it to the starters, which I did, and in life if I make an impact, that’s how you get noticed,’ he stated.

As if receiving one-on-one coaching with the David Beckham isn’t unreal enough, Orlando and Kuro also shared how their parents reacted to the former Manchester United player working alongside their team’s head coaches.

Orlando expressed how shocked his dad was over David’s involvement, while Kuro shared that his mum – who he said has helped him ‘in every way imaginable’ – was a ‘shambles’ over the unexpected development.

As for where they see themselves playing football in future, both Orlando and Kuro aspire to play professionally for Arsenal one day.

Orlando and Kuro have each progressed massively since Save Our Squad first started filming, with Orlando gaining friendships and a louder voice on the team, and Kuro making it onto the starting 11 and utilising his poetry writing to help him work through his emotions on and off the pitch.

Given David played in the very same league that they compete in, we have one thing to say to all the football fans out there keeping an eye on the future generation of players: watch this space!

Save Our Squad with David Beckham launches on Wednesday November 9 on Disney Plus.