What Kids Can Learn From a Resilient Runner

Welcome to the Running newsletter! Every Saturday morning, we email runners with news, advice and some motivation to help you get up and running. Sign up here to get it in your inbox.

If you’ve been around running circles long enough, you probably know the name Dave McGillivray. He’s the Boston Marathon race director, and has run 156 marathons, including 47 Boston Marathons (32 of them were run after the race was over and he was off the clock, including last year after having triple bypass surgery).

He’s also an author releasing his second children’s book next week: “Running Across America: A True Story of Dreams, Determination and Heading for Home,” which he wrote with Nancy Feehrer, with illustrations by Shululu.

What can kids learn from that epic quest? I asked him about it — and his first children’s book, too. This interview is lightly edited.

JAM: This is your second children’s book. How did your first one, “Dream Big: A True Story of Courage and Determination,” come about?

DM: I made an appearance at a local elementary school, and in the audience was Nancy Feehrer, who eventually became my co-author. She was very impressed by the talk and the fact that the kids were paying attention and asked questions once it was over. She asked me if I had ever thought about writing a children’s book. I had written a memoir, “The Last Pick,” years before.

JAM: The subject matter of both “Dream Big” and “The Last Pick” is very similar, starting with how you were a short kid and went from being the last kid picked for any team to the runner you are today.

DM: One of the most challenging and devastating things for anyone in life, but in particular children at a young age, to go through is the concept of rejection. You can train for physical pain and you can train the mind for mental pain, but rejection is more emotional pain. That’s a tough one to overcome. What I was trying to do with the books is say hey, when I was little, I was little. I had big dreams and I wanted to be an athlete but unfortunately I kept being the last one picked or the first one cut. But I was still determined to be an athlete, and I figured out a different way. I’m trying to teach that if you want something bad enough and you’re passionate about it, there’s always a way. It may not be the way you thought you’d get there, but there’s a different path you can take to ultimately achieve your goal.

JAM: Why make your second book about running across the country?

DM: There’s a lot of messages in “Running Across America” about understanding your own ability, setting goals and then the hurdles along the way. Sometimes you don’t anticipate them or you can’t train for them, so you have to deal with them as they come at you — whether it’s running over the Rocky Mountains or running through a swarm of grasshoppers. Whatever it might be, we’re all confronted on a daily basis with challenges and hurdles. It’s just a matter of how you process them and how you deal with them.

I always wanted to play second base for the Boston Red Sox. The fact that I was able to finish that run by running into Fenway seemed appropriate.

“Running Across America” will be published on Tuesday (and if you’re looking for a running book for older children, watch for the middle-grade book “Mighty Moe: The Untold Story of a Thirteen-Year-Old Women’s Running Revolutionary,” the true story of the runner Maureen Wilton, by Rachel Swaby and Kit Fox, which will come out on Oct. 15).

Do you have other favorite kids’ running books? Let me know — I’m on Twitter @byjenamiller. 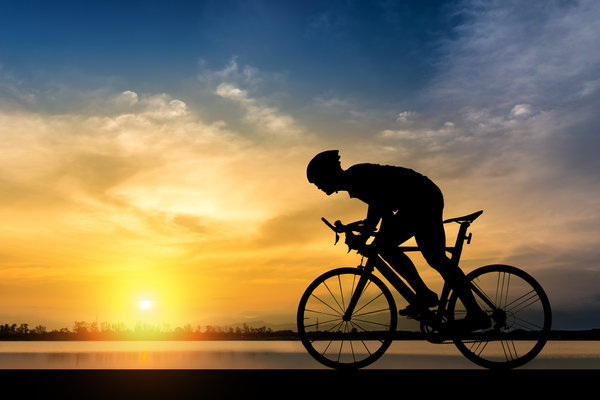 Forward it to your friends, and let them know they can sign up here. 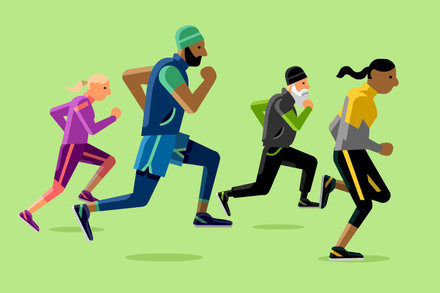