Between network, cable and streaming, the modern television landscape is a vast one. Here are some of the shows, specials and movies coming to TV this week, March 15-21. Details and times are subject to change.

TINKER, TAILOR, SOLDIER, SPY (2011) 8 p.m. on HBO2. John le Carré, who died in December at 89, made a name for himself writing espionage novels with spy characters that are flawed and fallible. If they order vodka martinis it’s probably to stave off loneliness, not to look suave. Such is the case with the MI6 officer George Smiley, a recurring character in le Carré’s novels and the focus of “Tinker, Tailor, Soldier, Spy,” which concerns an aging Smiley’s efforts to weed out a double-agent in the service’s ranks. Gary Oldman plays Smiley in this film version, which was directed by Tomas Alfredson and which, in her review for The New York Times, Manohla Dargis called a “superb” adaptation of le Carré’s novel. Oldman, she wrote, gives “a fascinatingly gripping performance that doesn’t so much command the screen, dominating it with shouts and displays of obvious technique, as take it over incrementally, an occupation that echoes Smiley’s steady incursion into the mole’s lair.”

ROBIN AND MARIAN (1976) 6 p.m. on TCM. Five years after ostensibly hanging up his James Bond tux with “Diamonds Are Forever,” Sean Connery starred opposite Audrey Hepburn in this swashbuckling take on the Robin Hood legend. Connery plays an aging Robin Hood, who, after the death of Richard the Lionheart (Richard Harris), returns to Sherwood Forest to discover that Maid Marian, who has become the mother superior of a convent, has come under threat from Robin Hood’s nemesis, the Sheriff of Nottingham (Robert Shaw). The adventure is set to a score by John Barry, who also wrote the musical accompaniment for a slew of James Bond movies, including most of Connery’s.

MAYANS M.C. 10 p.m. on FX. This “Sons of Anarchy” spinoff has offered a distinctive blend of gasoline and adrenaline since its debut in 2018. The third season, which premieres on Tuesday night, continues the story of Ezekiel “E.Z.” Reyes (J.D. Pardo). It picks up after the events of the show’s intense Season 2 finale, which included a consequential murder. 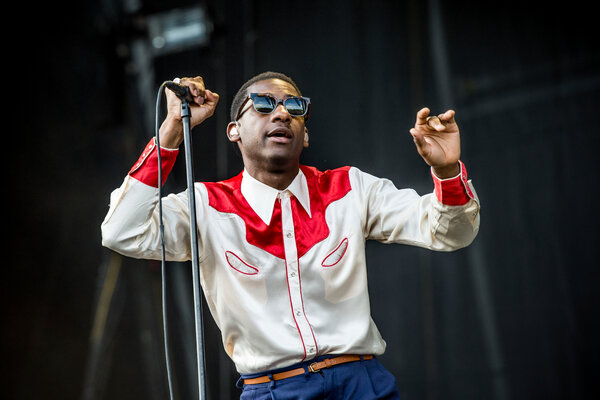 A GRAMMY SALUTE TO THE SOUNDS OF CHANGE 9 p.m. on CBS. The hip-hop artist Common will host this two-hour special, which will pay tribute to music’s ability to catalyze social change. Artists slated to appear include Yolanda Adams, Andra Day, Cynthia Erivo, John Fogerty, Gladys Knight, Patti LaBelle, Brad Paisley, Leon Bridges, Billy Porter and Gloria Estefan. The ongoing criticism of the Grammys’ lack of diversity, including its poor record of recognizing people of color, is bound to create some dissonance — but the power of the artists, including those involved here, was never in question.

FINIAN’S RAINBOW (1968) 5:30 p.m. on TCM. Four years before “The Godfather,” Francis Ford Coppola helmed this film adaptation of the 1947 fantasy musical “Finian’s Rainbow.” The story follows an Irish father (Fred Astaire) and daughter (Petula Clark) who steal a leprechaun’s pot of gold, then flee to the United States. While the film has its fans — including the Coen Brothers, who have expressed a love for it — it was largely panned by critics, including Renata Adler, who in her review for The Times in 1968 referred to the film as a “cheesy, joyless thing.”

SHREK (2001) 6 p.m. on Freeform. This spring marks 20 years since Mike Myers, Eddie Murphy and Cameron Diaz teamed up in the original, animated, tongue-in-cheek “Shrek” fairy tale. Its original audience might enjoy revisiting it for a dose of nostalgia — or perhaps to show it to their own children.

GREAT PERFORMANCES AT THE MET 9 p.m. on PBS (check local listings). The New York performing arts venue the Shed announced last week that it will be reopening for indoor performances next month, with a lineup that includes a concert from the soprano Renée Fleming. But even most people who feel ready to return to indoor performances won’t get to go — the size of the virus-tested audience will be limited. Instead, they can get their Fleming fix remotely on Friday, when PBS airs this episode of “Great Performances at the Met.” The recorded program includes arias by Puccini and Massenet, plus works by Handel and Korngold. PBS is pairing it with “Live From Lincoln Center Presents: Stars In Concert” with Andrew Rannells, which airs at 10 p.m.

RELIC (2020) 8 p.m. on Showtime. Emily Mortimer, Bella Heathcote and Robyn Nevin play three generations of women haunted by one case of dementia — and perhaps more — in this horror debut from the director Natalie Erika James. The plot revolves around Edna (Nevin), an octogenarian who goes missing from her rural home. When Edna’s daughter (Mortimer) and granddaughter (Heathcote) go looking for her, they discover a sinister presence within the home’s dusty walls. In her review for The Times, Jeannette Catsoulis wrote that the film creates a “surpassingly creepy atmosphere and a patiently ratcheting unease.” The story, she added, “deftly merges the familiar bumps and groans of the haunted-house movie with a potent allegory for the devastation of dementia.”

GENIUS: ARETHA 9 p.m. on National Geographic. The first two seasons of this National Geographic anthology series focused on the lives of Pablo Picasso (Antonio Banderas) and Albert Einstein (Geoffrey Rush). The third season, debuting Sunday night, dramatizes the life of Aretha Franklin (Cynthia Erivo). It was originally slated to air in May of last year, but was pushed back after the pandemic caused production delays. The new timing offers an interesting opportunity for viewers — the playwright Suzan-Lori Parks, who was the showrunner for this season of “Genius,” also wrote the just-released historical drama “The United States vs. Billie Holiday.” Watch both back to back to see Parks revisit the lives of two giants in 21st century music.