Whistling as an Art Almost Died Off. Can Molly Lewis Keep It Alive?

Molly Lewis lives at the top of a steep hill in East Los Angeles, where a group of feral peafowl roam idly around, as if they own the place. Peacocks and peahens don’t have much of a bird song — they emit a sharp “caw” that is “not cute,” Lewis said — but other birds have found themselves in conversation with the 31-year-old whistler.

“If I’m out walking in the woods and I hear a birdcall, I try to mimic it,” she said, lamenting that the chats are a little one-sided: “I’ve probably got a terrible accent in ‘bird.’”

Humans tend to be more impressed. By her early 20s, Lewis was a veteran of the niche world of competitive whistling; in 2015, she took first prize in the women’s live-band division at the Masters of Musical Whistling tournament. These days, she’s more focused on Café Molly, her lounge show that’s become a trendy affair in Los Angeles nightlife.

Led by Lewis and her band, the act usually features special guests: John C. Reilly has stopped by to perform Slim Whitman, and the indie rocker Mac DeMarco to do some Frank Sinatra. All the while, Lewis will stand at the mic, pursing her lips when it’s time to play her parts.

The show also helped her get a record contract. Scouts for the label Jagjaguwar reached out after attending a Café Molly event, and in lockdown, Lewis learned guitar, which helped her write formal songs. On Friday, she’ll release her first EP, “The Forgotten Edge,” made with the help of the producer Thomas Brenneck, best known for his work with Sharon Jones and Charles Bradley. The set is part tiki-bar exotica and part spaghetti-western dreamscape, each track anchored by Lewis’s theremin-like whistle. (Pre-orders come with a mint lip balm.)

“I always felt like we were making soundtracks for lost films,” Lewis said.

The EP was named after the colloquial term for Lewis’s micro-neighborhood at the top of the peafowl-ridden hill by Dodger Stadium. “It’s officially called Victor Heights,” she said on a recent warm afternoon, walking up a particularly steep street to a scenic overlook. For a time, she explained while gasping for air, these few blocks weren’t clearly assigned to any police precinct, leading it to have a lawless reputation. “That’s why it became known as” — here, she adopted a dramatic tone, as if introducing a radio mystery — “‘the Forgotten Edge.’ I just loved that name. It sounded so noir.” 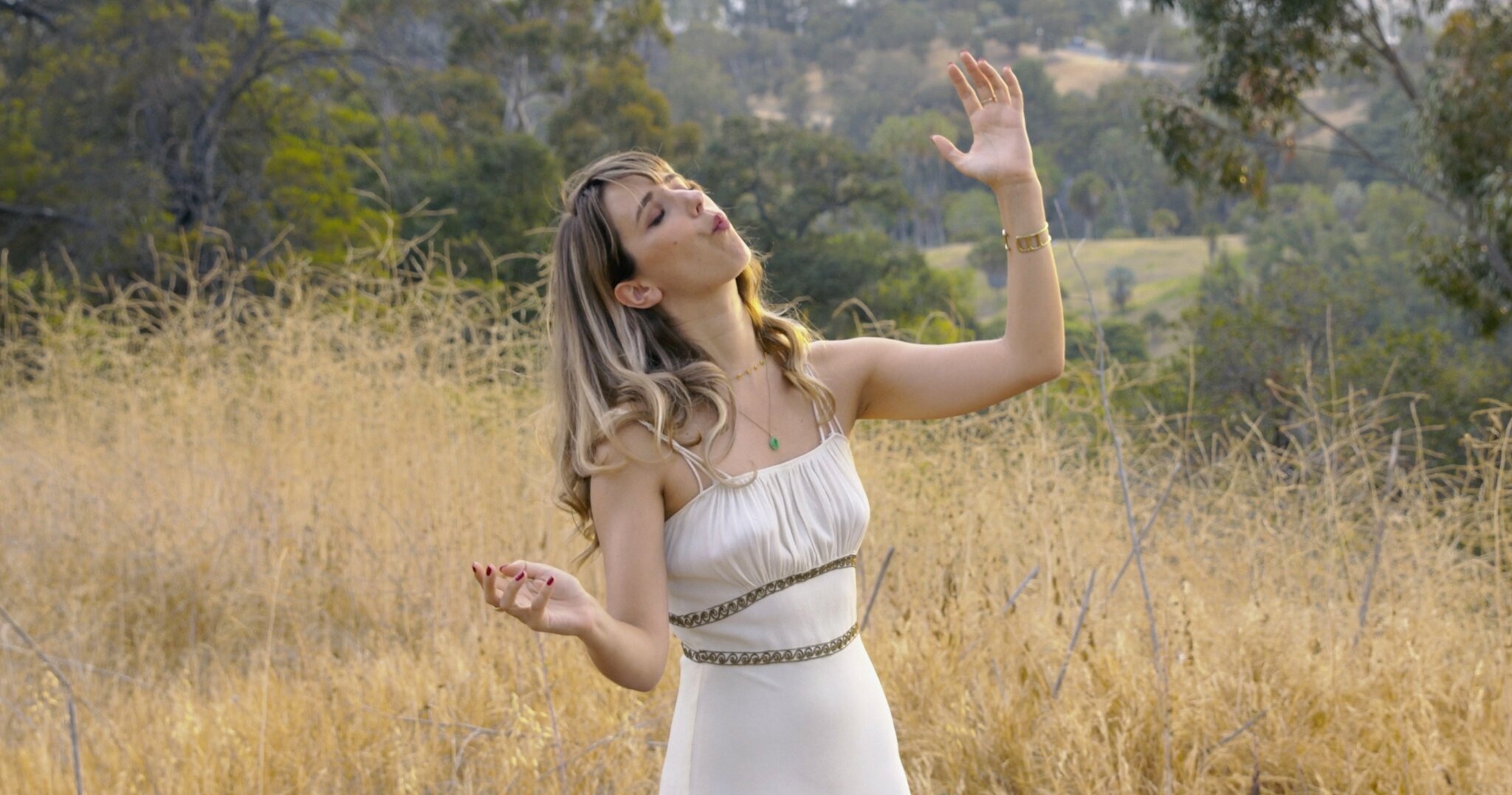 Lewis was born in Sydney, but raised in Los Angeles, eventually returning to Australia for high school and college. (Her family lives in Mullumbimby, known as “the Biggest Little Town in Australia.”) She comes from an artistically inclined household: Her mother, Rhyl, is a music supervisor, and her father, Mark, is a documentary filmmaker, specializing in animals and subcultures. His influential 1988 film, “Cane Toads: An Unnatural History,” is viewed in schools around the world.

When Lewis took an interest in whistling as a teenager, her parents showed her the 2005 documentary “Pucker Up,” which goes behind the scenes at the now-defunct International Whistlers Convention, in Louisburg, N.C., and has a Christopher Guest-like quality to it. Not long after, she was competing in Louisburg herself, winning the “Whistler Who Traveled the Greatest Distance” award in 2012. Lewis moved to Los Angeles a year later, where whistling gigs of all types, from touring to session work, eventually took over. (She was recently in the studio to play a whistle part for Dr. Dre.)

The city “just kind of had a spell on me,” Lewis said. “But I also think L.A. is the only place in the world where I can do what I’m doing. I really don’t think this would have happened anywhere else.”

Lewis gravitates toward the older establishments in the city — places where the food may not be great, but the ambience is. “Go to Hollywood, any restaurant, and Molly’s going to know the 80-year-old bartender,” said DeMarco, whose partner, Kiera McNally, is close with Lewis and appears in the video for the track “Oceanic Feeling,” alongside Reilly and a well-behaved hawk. “That’s Molly’s vibe.” 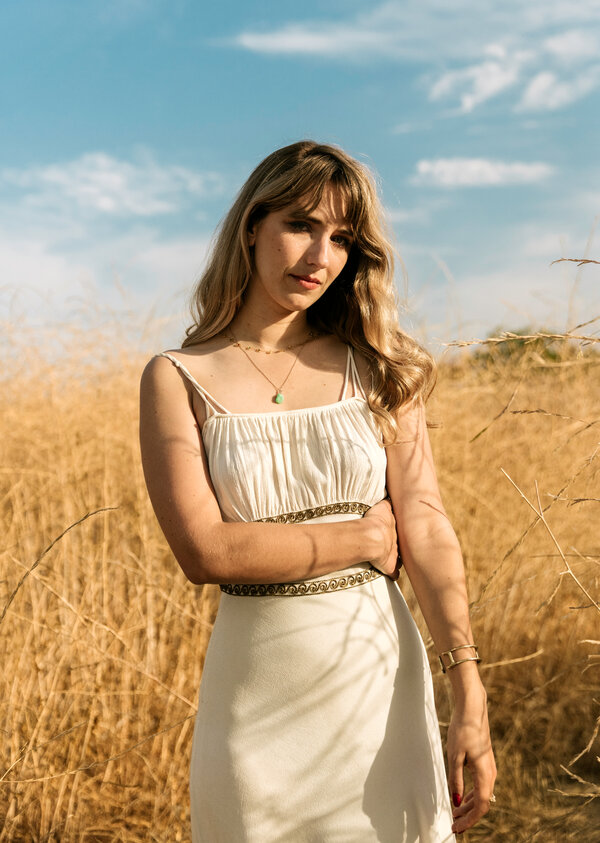 In true form, when asked where she might like to grab a bite to eat, Lewis suggested the Tam O’Shanter, a storybook-style roadhouse in Atwater Village that dates back to 1922. She trusted the waiter’s suggestion for a cocktail (the “Table 31,” named for the corner spot where Walt Disney used to regularly sit), and studied the menu with amusement. “What is a ‘toad in the hole’?” she asked, laughing.

Within the Tam O’Shanter’s lifetime, whistling was a relatively common act in the music world. Artists like Elmo Tanner and Muzzy Marcellino made careers for themselves with their lips, and in 1967, the whistling song “I Was Kaiser Bill’s Batman” became an international hit.

Is the ever-increasing speed of society replacing life’s simple pleasures with more complex ones? “I do think, in some sense, it is a lost art in that way,” Lewis said of her vocation. But revivalism isn’t really her goal. And if she remains the only indie-rock whistler for her entire life, that’s fine, too.

“I want to play beautiful music that makes people feel something,” she said. “And it just so happens that whistling is the only thing I can do that allows me entry into the world of musicians.”

Karen O of Yeah Yeah Yeahs was one of the first major musicians to see the possibilities with Lewis. In 2016, the two performed a duet, you could say, of the gospel song “Just a Closer Walk with Thee” at a Harry Dean Stanton tribute concert. “I’ve always thought of the voice as a sort of instrument,” Karen O said. “Whistling is this other instrument — it’s human breath. I was never witness to someone who can whistle like Molly can. It’s really extraordinary.”

No one around Lewis seems surprised at her ability to make whistling a career, but sometimes even she can’t quite believe it. “It’s been working for some crazy reason,” she said, still taking it all in. “I’m going to try to ride it. See how it goes.”