With ‘Summer of Soul,’ Questlove Wants to Fill a Cultural Void

“This just sat in a basement and no one cared,” Questlove said about the Harlem Cultural Festival footage he watched on loop for months to make his new, acclaimed documentary. 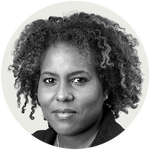 The year 1969 was “pivotal,” says the Rev. Al Sharpton in “Summer of Soul,” a documentary about the Harlem Cultural Festival, a music extravaganza that took place over six weeks at the dawn of the Black Power Movement. “Where the Negro died and Black was born,” he said.