'Zoey's Playlist' Boss on What Comes Next, Zoey's Sex Life and More

Hope you had your tissues ready. The season 1 finale of Zoey’s Extraordinary Playlist was a heart-wrenching one. After a full season of living with PSP, Mitch (Peter Gallagher) died, surrounded by his family. In his final moments, Zoey (Jane Levy) was swept into a “heart song,” but this time, she was able to talk to her dad while they danced, distracting her from his actual final moments.

In the final act of the episode, Zoey and her family hosted a wake where their friends and family celebrated Mitch’s life. In one, seven-minute shot, the entire cast sang “American Pie” — a song that has an important meaning to creator Austin Winsberg.

“I wanted to do an entire act that was a song, and when you break down what songs are long enough to do that, other than ‘Hotel California’ and some Pink Floyd songs, there’s not a ton. But actually ‘American Pie’ was my father’s favorite songs,” he told Us Weekly exclusively. “When I started thinking more and more about that song, ‘the day the music died,’ there was something about that felt very fitting to me. It felt lyrical and poetic to me.”

Wisnberg, who dedicated the finale to his late father, opened up with Us about the episode and his hopes for season 2. 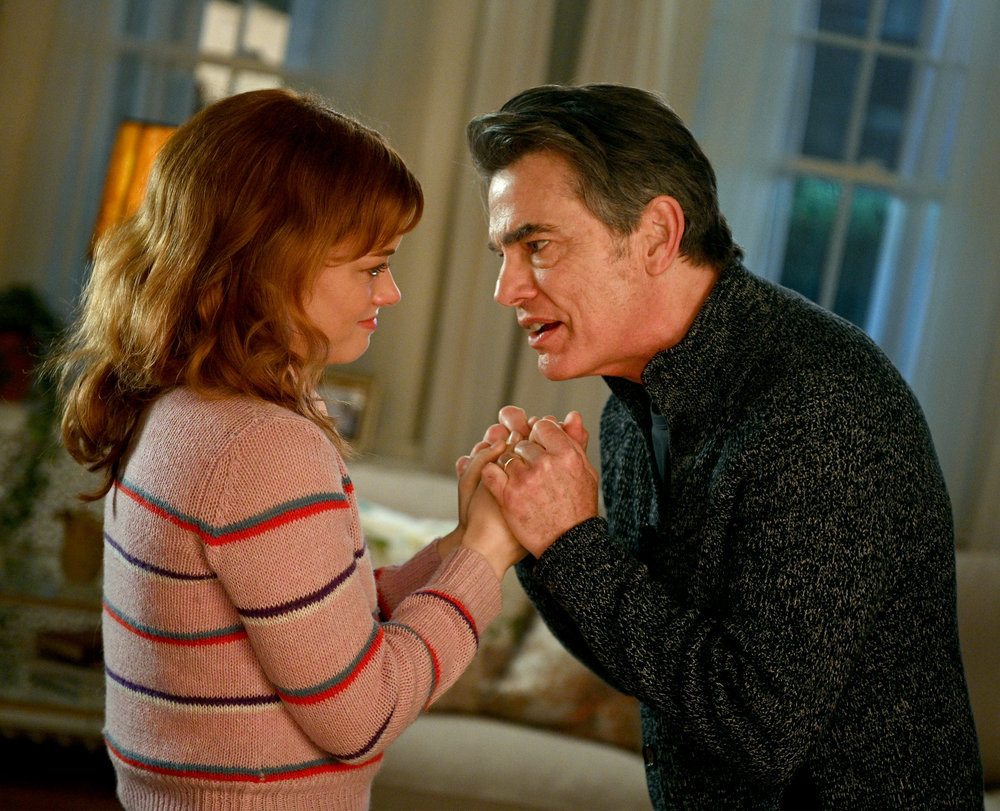 Us Weekly: Was it always the plan to have Mitch go in the finale?
AW: Originally, he was gonna die in episode 11 and then episode 12 was going to be more of a continuation of what goes on at work and how does life go one after that. But the more we kept working on those last three episodes, it just felt to me, like, it belonged in the season finale. The last day that my dad was alive, a hospice person came to our hour at 4 o’clock and said, “Your dad is going to die today and then left.” We were kind of left to our own devices. Our house almost became a living vigil, where family and friends came over throughout the next 8 hours to say goodbye. I wanted to do an entire episode that was like a vigil episode but the more that we tried to break that story, it all just felt so sad. It also felt like there was not a lot of action, not a lot for Zoey to be doing proactively with Zoey sitting around the house waiting for him to die. So, I decided to make this episode feel like the tone of the show in general, start off with some lightness and comedy, still keep the other stories going and then relegating the vigil aspect of it with “American Pie.”

Us: Do you worry at all about the heart of the show moving forward without Mitch?
AW: I think that there’s a lot of emotional depth to be played in the idea of moving on and how do we move on? How do we rebound after a tragedy? I think there are emotional stories to tell in that, exploring how Maggie moves on after grief and being with the same person for 40 years, and David and Emily when they have their baby and Zoey not having her father to lean on anymore. I think there’s still a lot of emotion and story to tell with a family trying to move on when the heart and soul of the family is no longer there.

Us: You told Us in the podcast that you were upfront with Peter about Mitch’s arc from the start.
AW: Yeah, and there are opportunities and ways to bring Peter back that allows him to still be a presence in the show. 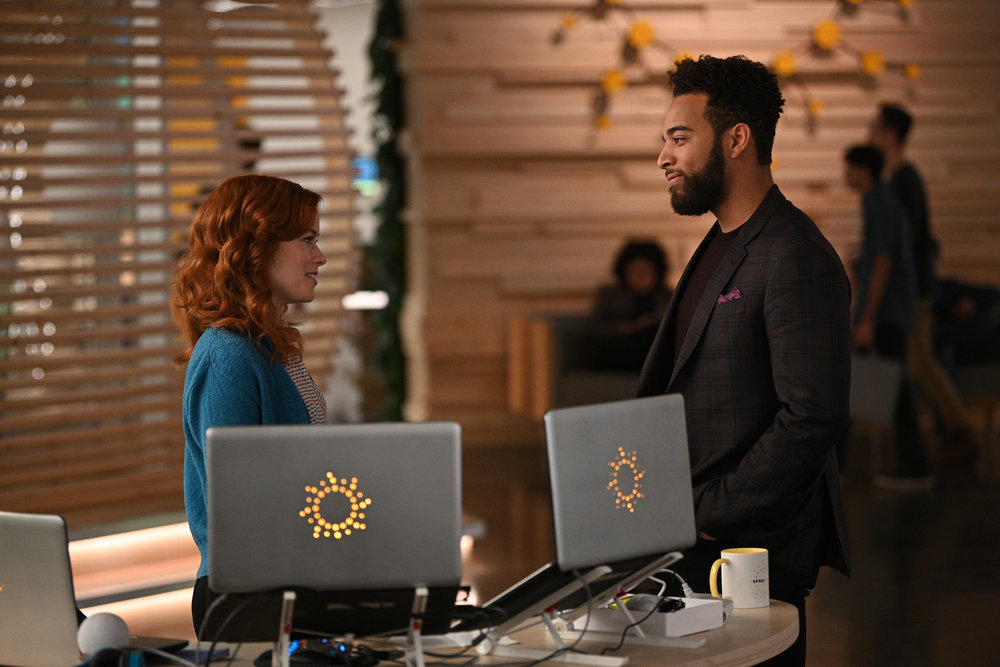 Us: You have an idea where Zoey’s relationships with Max and Simon are going. One thing I noticed was they never spent the night together. Will that change in season 2?
AW: If it was up to Jane, who is very very sex-positive! Jane really wants Zoey to get her freak on! It was never my intention to make Zoey feel virginal in any way, I just felt, especially in season 1, it was hard to keep the love triangle balanced if she were to have sex with one of them. It felt like that was too far to go to suddenly have her being flip-floppy. It felt like a bridge too far, but then way that I’ve mapped out season 2 now and the way that I think the relationship dynamics could play out in season 2, I think there are ample opportunities for season 2.

Us: What can you say about those opportunities?
AW: I had to pitch all of season 2 a couple of weeks ago so I’m very clear of what all the arcs are for season 2. I feel like I only want to go deeper into exploring those relationships and the good and bad and pros and cons and why somebody might be right for somebody at one moment in time, but then not in another. I think so much of love and relationships is timing and where you are in your head and life in that moment. I think all three of them are going to be going through different challenges in season 2 and that’s going to either put them on the same path or different paths.

Us: Any update on timeline for season 2?
AW: Everybody’s very cautiously optimistic that we’re going to return. We’ve been incredibly supported by the network, they’re really really behind the show. I think that the challenge right now is just that the world is stopped and there’s no clarity of when production is going to start. NBC has a bunch of shows that they’ve already picked up for a few more seasons so it’s just figuring it all out.

Us: Are there still a long list of artists you’re hoping you guys get to cover?
AW: So many! Taylor Swift, Madonna, Adele, U2, Coldplay, The Doors, Aerosmith and Prince. I like it when the show mixes genres and eras, has a lot of contemporary music but then can do throwbacks too. I still want to keep it eclectic.