10 Fascinating Facts About (500) Days of Summer 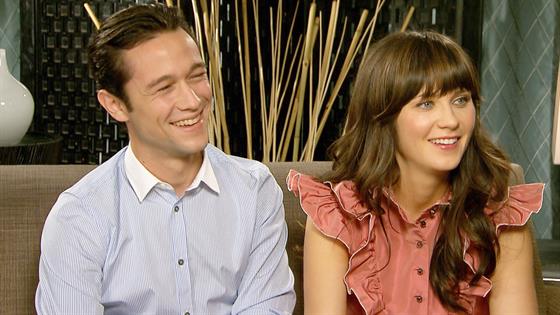 “This is not a love story.”

It’s been 10 years since the narrator of Marc Webb‘s indie romantic comedy (500) Days of Summer warned us that things were not exactly as they seemed and audiences fell in love with Joseph Gordon-Levitt‘s helplessly-in-love Tom Hansen and the object of his adoration, Zooey Deschanel‘s Summer Finn.

The clever little film, written by Scott Neustadter and Michael H. Weber, made its debut at Sundance in early 2009 before making its way to theaters on July 17, 2009 and charmed moviegoers with the deconstructed look at a relationship from start to finish, albeit not entirely in that order.

Not only did the film launch Webb’s career—he’d previously only directed music videos; his next picture was 2012’s big-budget Spider-Man reboot, The Amazing Spider-Man—but it positioned Deschanel down the path of “adorkability” that would be Fox’s New Girl, which debuted two years later, and helped turn Gordon-Levitt into a leading man. Aside from being a critical darling, the movie would go on to earn over $60 million worldwide on a meager $7.5 million budget. Any way you look at it, the thing was a hit.

Before you cue up Temper Trap’s “Sweet Disposition” and take a walking tour of downtown Los Angeles’ architecture in honor of the film, take a look at 10 of the most fascinating facts surrounding the production. 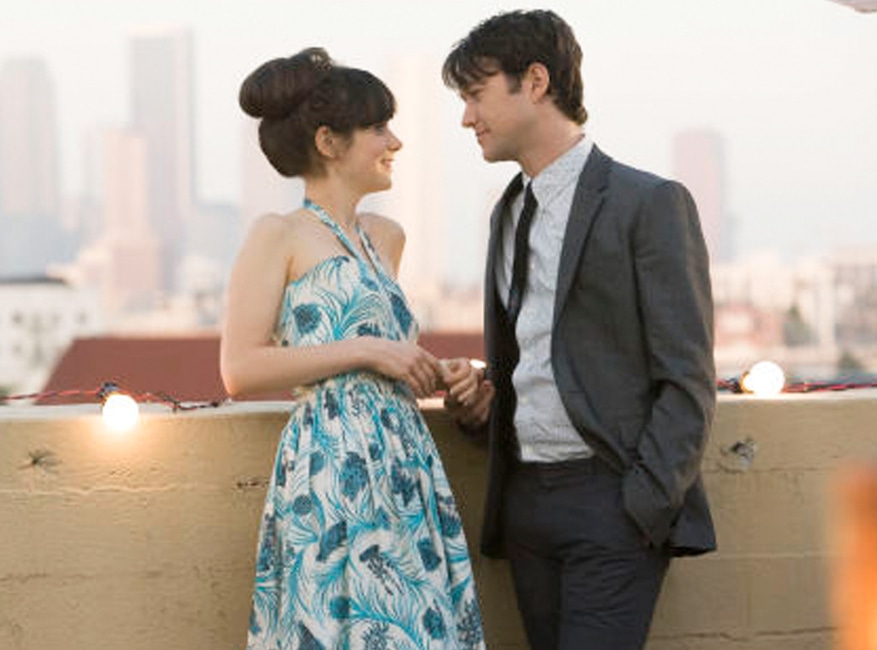 Before the film found its winning co-leads, there were apparently several actresses who were eyeing the project, but each of them wanted to drastically alter the film, according to Neustader. “For a while, there were a lot of actresses who were circling it, who would always say, if you flipped the perspectives and you made it a female—you made Tom a woman, basically—then they would be more inclined to dive in,” he told Entertainment Weekly earlier this year. “That was not something any of us wanted to do, so the script was sort of languishing.”

However, once Webb met Gordon-Levitt in a meeting, the actor made a suggestion that set the film in motion. “I asked him who he thought Summer was, and without missing a beat he said Zooey [Deschanel],” the director told the magazine. (The two actors had previously worked together in 2001’s Manic.) “And we ended up hiring Zooey first and then very quickly thereafter hiring Joe. There’s something about both of them that feels real. I thought that was important to make the film accessible. I really believe you can’t just cast a person; especially in a situation like this, you have to cast a chemistry, you have to cast a dynamic, you have to cast two people that work well together.” 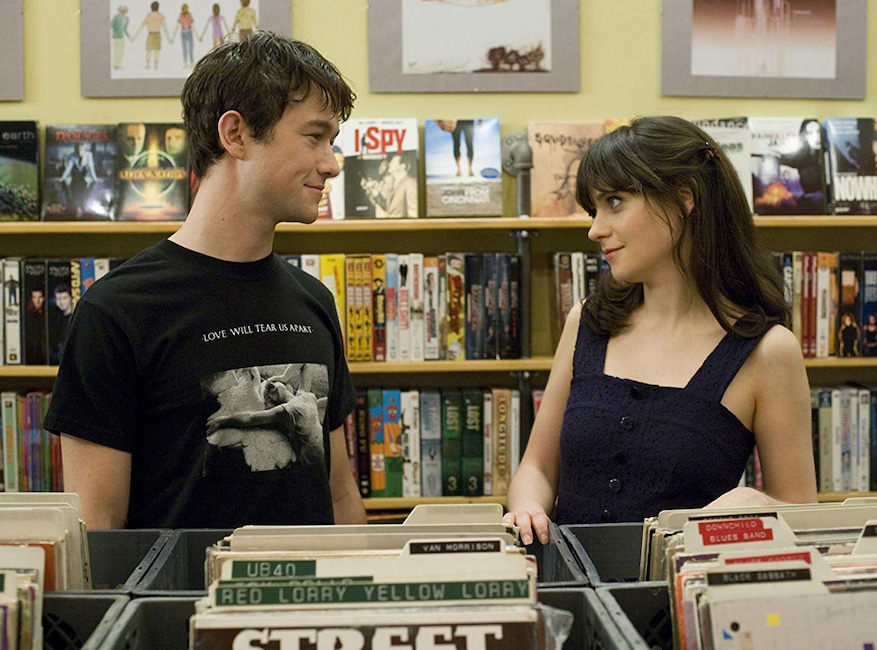 While the film was originally set in San Francisco (which proved too expensive) and then in “Anytown USA” (which would’ve meant it shot somewhere in Canada, probably), Webb and his team eventually settled on downtown Los Angeles, with the script rewritten to reflect the places they would be able to film. With the location locked in, Webb settled on an aesthetic that demanded that no building built after 1950 be used as a filming location in order to give the movie a “classic look.” Similarly, every time a phone rings in the film, the ringer of an old phone was used as opposed to digital ring tones. 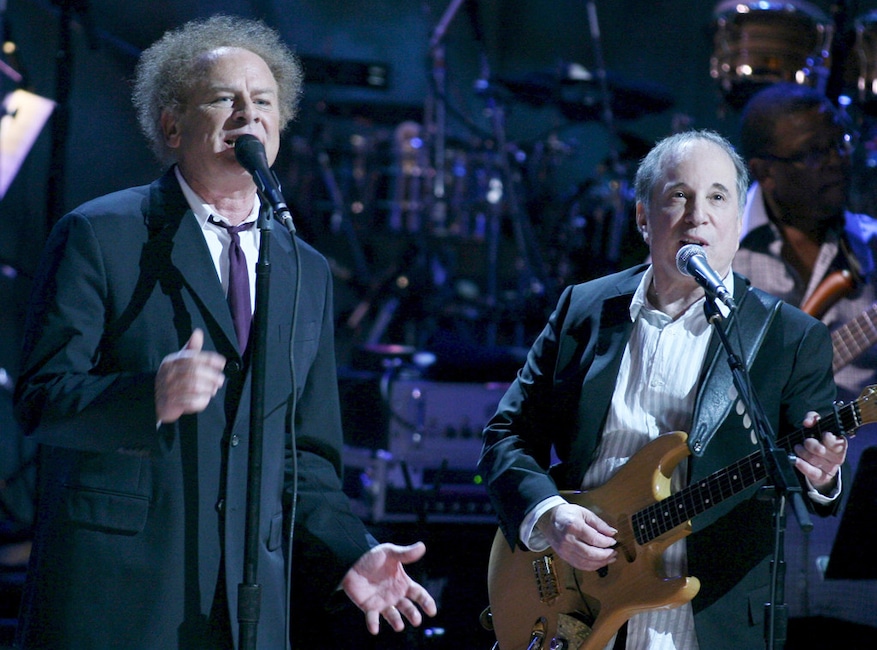 As if the narrator’s warning wasn’t plain enough that things wouldn’t work out for Tom and Summer, many of the soundtrack choices were made as a nod to the doomed nature of the relationship. As the creative team revealed on the DVD commentary track, Simon & Garfunkel’s (pictured) track “Bookends” was used, in part, because the band is no longer together. Same goes for The Smiths, Mumm-Ra (who were broken up in 2009, but reformed in 2012) and Hall & Oates. 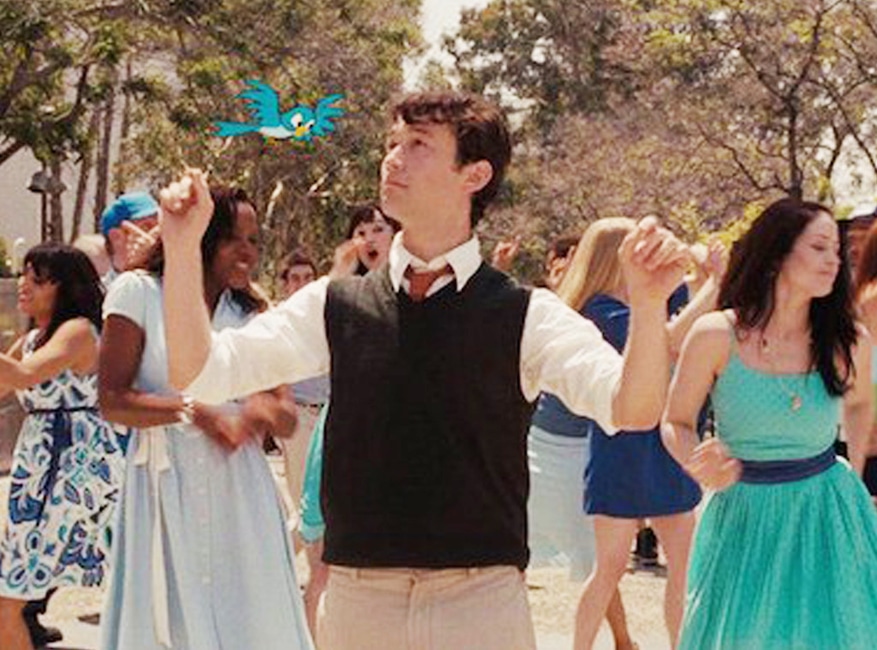 While the iconic “Best Day Ever” dance sequence utilizes the classic Hall & Oates track “You Make My Dreams” for its soundtrack, Webb and the screenwriters revealed on the movie’s DVD commentary track that it was originally intended for Daryl Hall and John Oates themselves to make cameo appearances during the dance. Unfortunately, the duo decided to opt out. 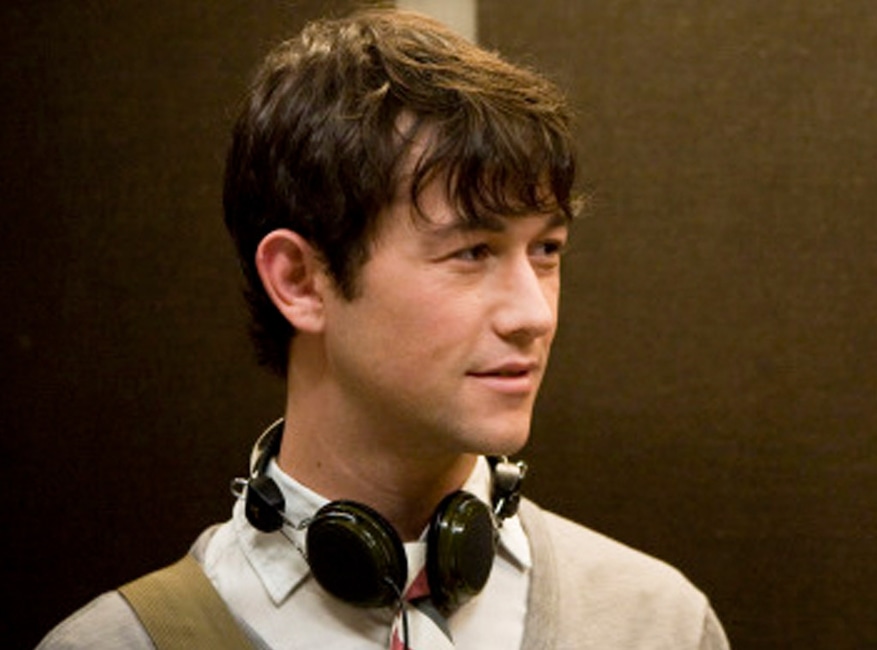 Based on a True Story

As Neustadter claimed on the DVD commentary, about 75 percent of what happens in the film happened to him in real life during a relationship with “Jenny Beckman,” who’s name-checked in the opening credits—though that may or may not be her real name. Writing in the Daily Mail in 2009, the screenwriter admitted that he’d actually let her read the script that she inspired. “Some time later she wrote me a letter. She loved the story, she said,” he wrote. “It had surprised and moved her because she really related to Tom. Yes, incredibly, Jenny hadn’t recognised herself as Summer at all.”

Speaking with Entertainment Weekly in early 2019, Neustadter also revealed that he drew inspiration for the film’s unique structure from another, lesser-known film. “I had rented this movie called 32 Short Films About Glenn Gould. It’s this weird Canadian movie that I actually still have never seen, but I had the DVD on my DVD player, and I was looking at it and I realized: That’s a cool way to tell a relationship story, like a bunch of short films, and you can kind of tell them out of order, you can juxtapose them any way you wanted,” he said. “I quickly sort of compiled this email to Weber saying, ‘I think I figured out our rom-com.'” 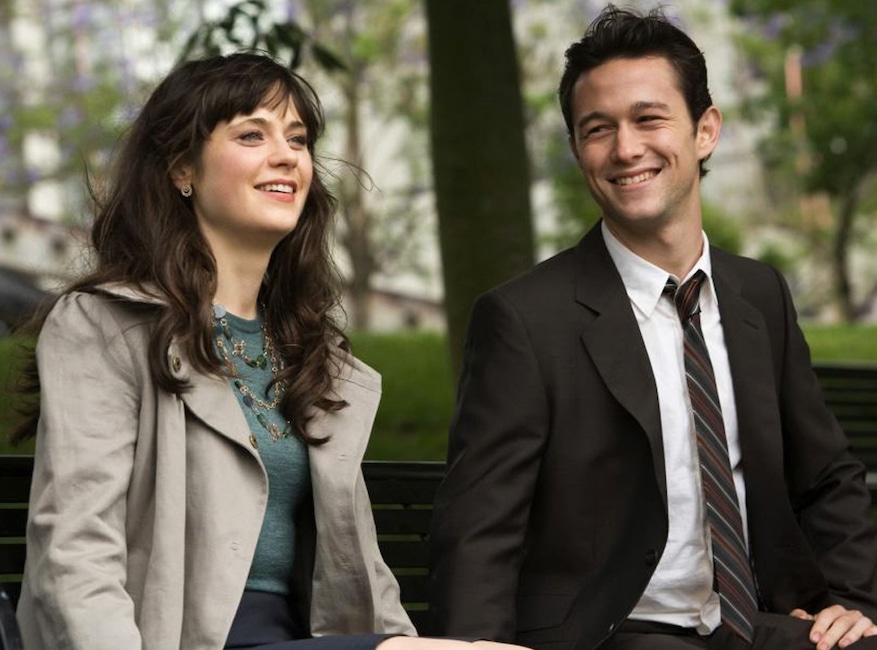 In the film, Tom takes Summer to a bench in downtown Los Angeles that rests on a hill, allowing for a fuller view of the city’s architecture, something the aspiring architect loves. They return to the bench several times over the course, turning the location—Angels Knoll—into a bit of a real-world tourist destination. Sadly, the park was fenced off and closed to the public in 2013 and has been earmarked by developers to become a massive residential and hotel complex with construction expected to be complete in 2028. 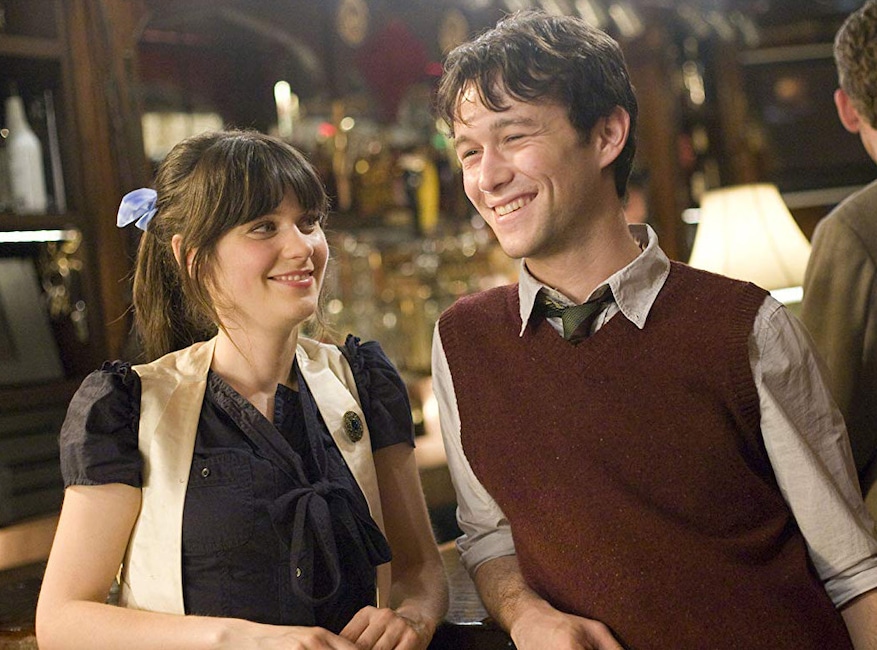 Looking to the Skies

As revealed on the DVD commentary, in order to get the film approved to be shown on airplanes, the actors in the “Penis Game” sequence were required to go and re-record their dialogue during ADR. Apparently, airlines won’t allow movies that make use of the word “penis” to be played in the cabin, so a fix had to be made. The new word used to replace utterances of the offending appendage? “Panda.” Because that makes sense. 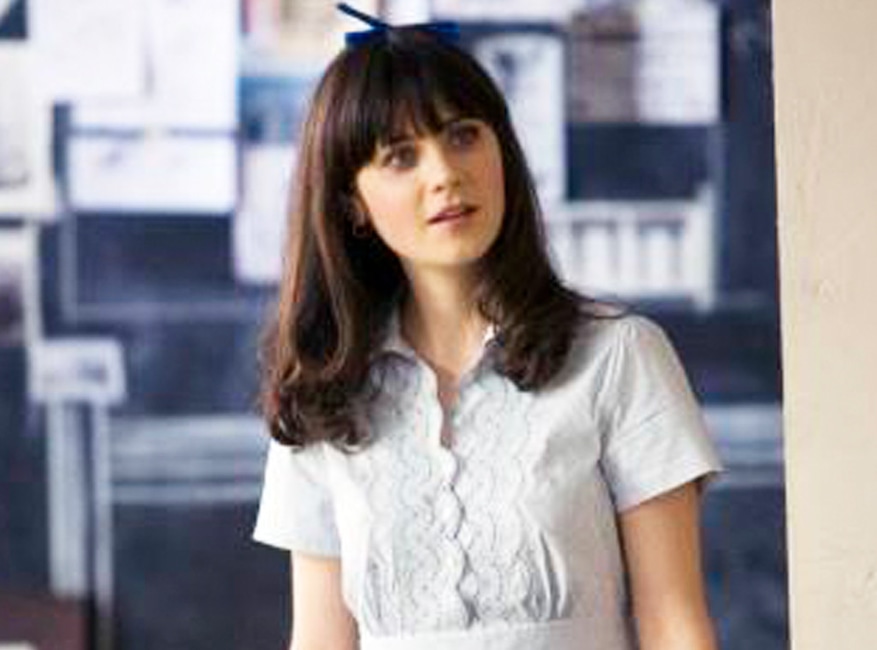 Take a look back at the film and you’ll notice that there’s one color that barely ever shows up. The color? Red. After the filmmakers decided to a blue-centric color scheme to really make Deschanel’s baby blues pop every time she’s on screen, it was decided that the cool color would be used to represent love, as opposed to the traditional red. As such, the warm color is only seen in two shots in the whole film: the origami bird on Summer’s tree in her apartment and the blouse that Minka Kelly‘s Autumn is wearing as she meets Tom in the final scene. 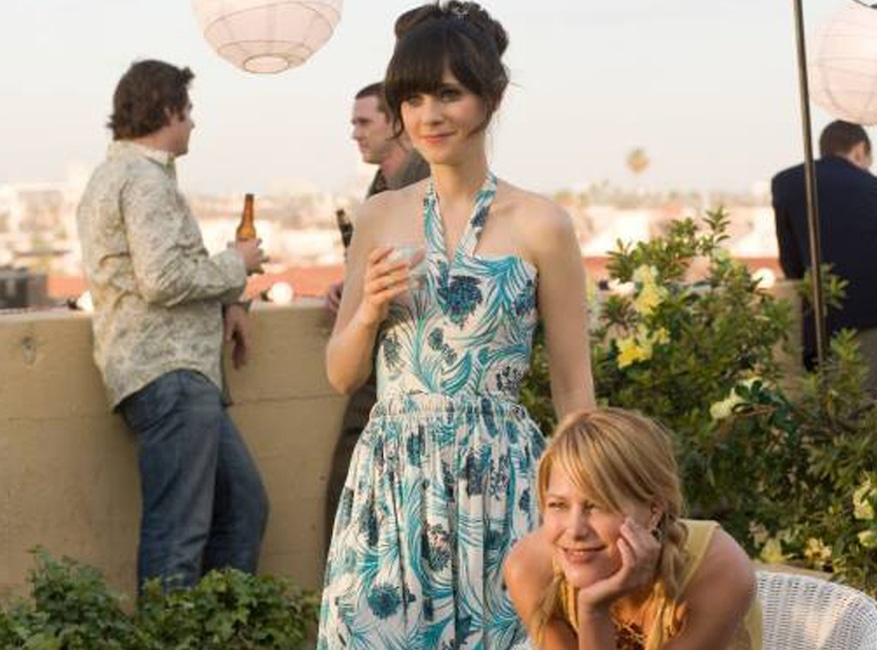 One of the film’s most inventive sequences has Tom and Summer’s two very different trips to IKEA—one early in the relationship, playful and silly; one towards the end, tense and awkward—edited together, juxtaposing the changes in the relationship in a way most movies would space out. As Webb told EW, shooting the sequence was more on the tense side. “We shot when IKEA was closed, overnight, and I came back and I just didn’t think that we had gotten it,” he told the magazine. “I went home and I threw up, I was so nervous. I was like, this is not going to work — and it ended up being one of people’s favorite scenes in the movie.” 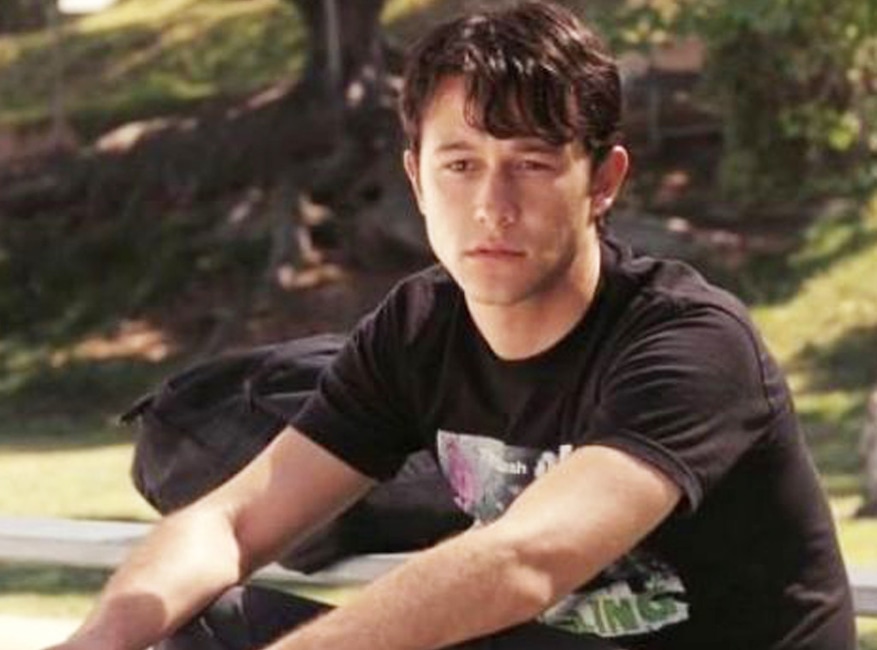 The Truth About Tom

Despite the fact that, throughout their entire relationship, Summer repeatedly let Tom know she wasn’t looking for anything serious, the general consensus by fans of the film has been that she was heartless and Tom was the victim. However, that’s not how Gordon-Levitt or Deschanel see it. “The (500) Days of Summer attitude of ‘He wants you so bad’ seems attractive to some women and men, especially younger ones. But I would encourage anyone who has a crush on my character to watch it again and examine how selfish he is,” Gordon-Levitt told Playboy in 2012. “He develops a mildly delusional obsession over a girl onto whom he projects all these fantasies. He thinks she’ll give his life meaning because he doesn’t care about much else going on in his life. A lot of boys and girls think their lives will have meaning if they find a partner who wants nothing else in life but them. That’s not healthy. That’s falling in love with the idea of a person, not the actual person.”

While rewatching the film with Gordon-Levitt for EW in early 2019, Deschanel told her co-star, “I’m just so surprised when women will be like, ‘I hated your character in that movie!’ I’m like, really? She said everything from the beginning! But I think it’s also a testament to how, like, adorable you are in the movie. Everyone’s like, ‘What?! Why would you turn him down? He’s so cute!’